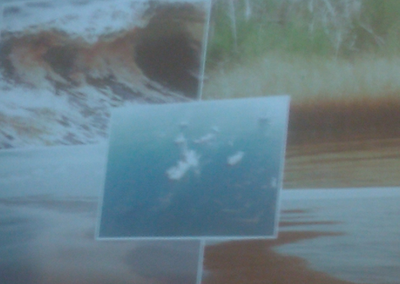 The Deepwater Horizon oil well blowout last year was one of the most damaging events for Gulf of Mexico ecosystems. Wednesday night Eckerd College hosted a lecture about the impact of the oil disaster by Cathy Tortorici, the Gulf of Mexico Regional Ecosystem Program Director for the U.S. Department of Commerce.

During the height of the disaster, NOAA estimates 950 miles of coastline came into contact with oil. With the loss of thousands of sea birds and fish, Tortorici said the spill has had a terrible impact on aquatic life in the Gulf.

But she would not go so far as to take a position on whether deep water drilling or offshore drilling are appropriate in light of restoration efforts.

Although oil exploration and drilling is touted by its supporters as an economic advantage for the US, Tortorici said that those interests need to be balanced with the commercial fishing industry.

She said that the revival of important fish populations hinges upon a focused restoration effort. So she is asking people to lend support for the RESTORE Act, which would give a majority of the money gathered from federal fines BP has had to pay to the Gulf Coast Ecosystem Restoration Council.

About 35% of those fines will then go to Gulf Coast states for economic and environmental restoration. The other 5% would be dedicated to science and monitoring of restoration and fisheries. Tortorici is on this task force.

The Natural Resource Damage Assessment was intended to address immediate risks that the oil spill may have caused, and the task force report from the Gulf Coast Ecosystem Restoration Council expects to release its final report by next month.

Rene Goytia is with Earth Force. He hopes to get high school students more interested in coastal restoration.

But Emma Mason of the Friends of the Tampa Bay National Wildlife Refuges was not as impressed. A native Floridian, said that many questions went unanswered, and that much of Tortorici’s presentation was “smoke and mirrors.”

THE BUREAU OF OCEAN ENERGY MANAGEMENT, REGULATION AND ENFORCEMENT’S REPORT:
CAUSES OF THE 4/20/2010 MACONDO WELL BLOWOUT.