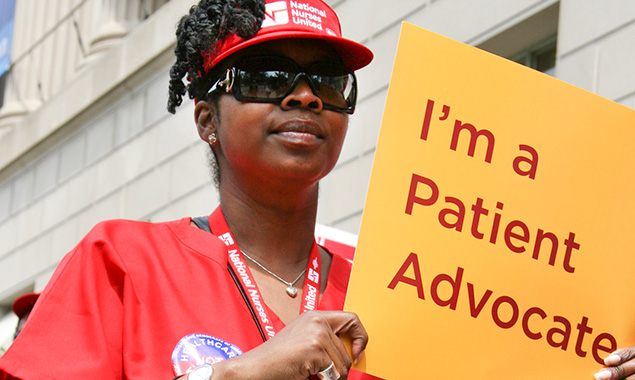 Registered Nurses from seven Florida hospitals and from four other states have voted to strike if their contract negotiations continue to flounder. Rosanne O’Malley is the chief nurse union representative at Medical Center of Trinity in Pasco County. Her union is National Nurses United / National Nurses Organizing Committee (NNU/NNOC).

“We have had negotiations since March regarding the upcoming 3-year contract. In May our contract expired. We have been negotiating for the last three months and we are not getting to the point where our bargaining goals have been met. With knowing that, we went public with a picket August the 6th and it’s still ongoing.

“Our negotiations with HCA, the parent company of Medical Center of Trinity and ten other hospitals in the wing, the west division of Florida. And we all agreed that we needed to see what our members wanted to do regarding going forward. So we did our strike authorization vote. And a strike authorization vote is just authority for the nurses on the negotiating team to call a strike if we come to an impasse with bargaining.”

What are some of the goals that you are still trying to negotiate?

What would be the next step assuming that negotiations don’t continue in your favor over the next — what would it be, few days, few weeks? What would happen?

“Our next bargaining session is September the 19th. We are bargaining across the nation in four or five states that week and the following week. And should we not make some significant progress, we would give the hospital ten days notice of a strike. It would be a one-day — probably a one-day strike. At that point they have that much time to gather their resources, do what they need to do to see that the patients have optimal care.”

The hospitals that you’re affiliated with are HCA. … What’s the connection between Governor Rick Scott and HCA?

“Governor Rick Scott was the CEO for HCA after we — HCA — bought them from Columbia. We are the same hospital system.”

Give our listeners an idea of what are the conditions for working nurses in Florida and in these other states where the strike has been authorized.

“In the state of Florida we are about eleven percent below the national average in wages. We are making every attempt through negotiations to close that gap. Because we believe that nurses are nurses everywhere. We take care of as sick of patients as they do in California, Massachusetts and all over the United States and our wages are that much farther below the national average than we would like them to be.”