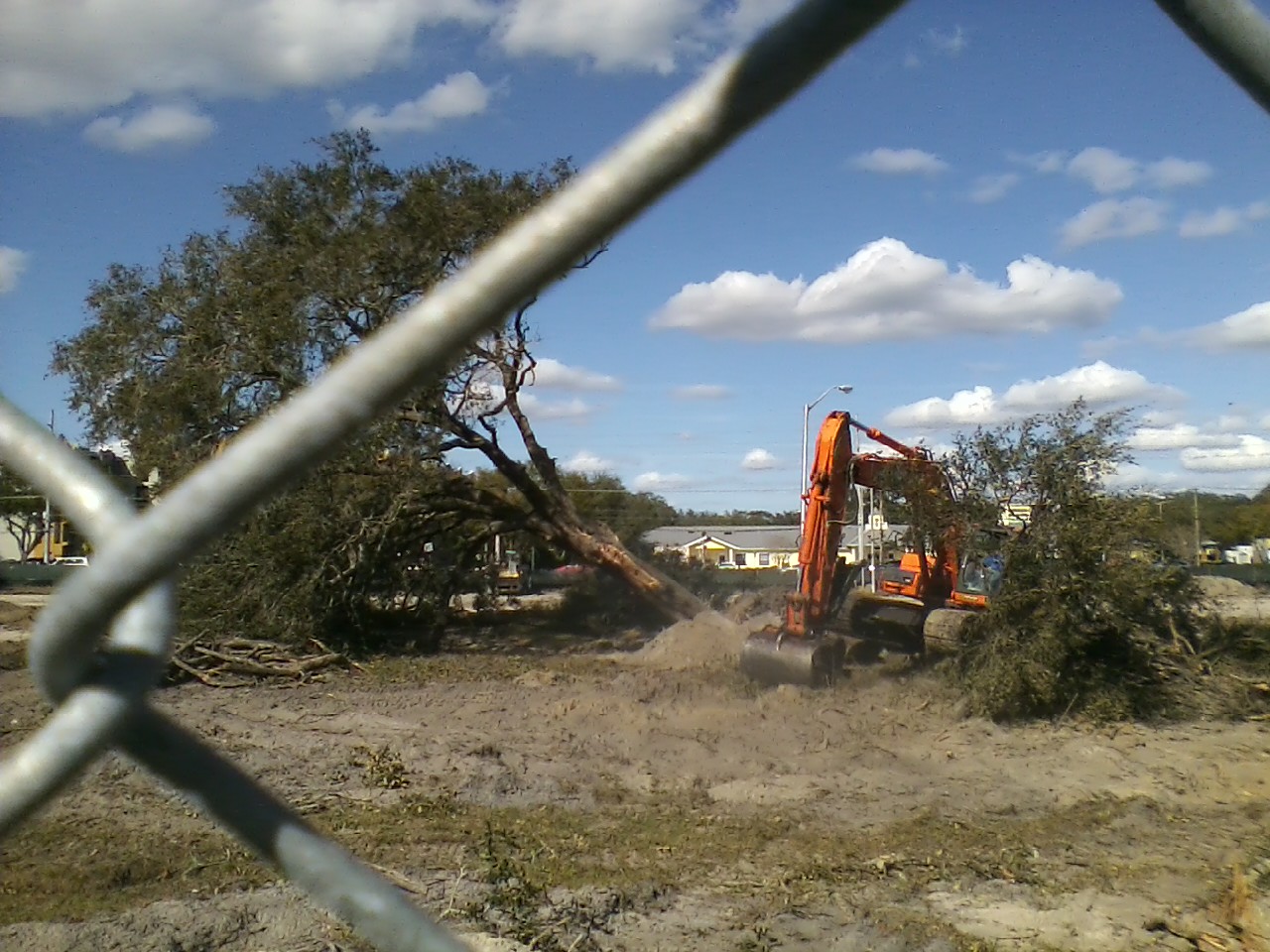 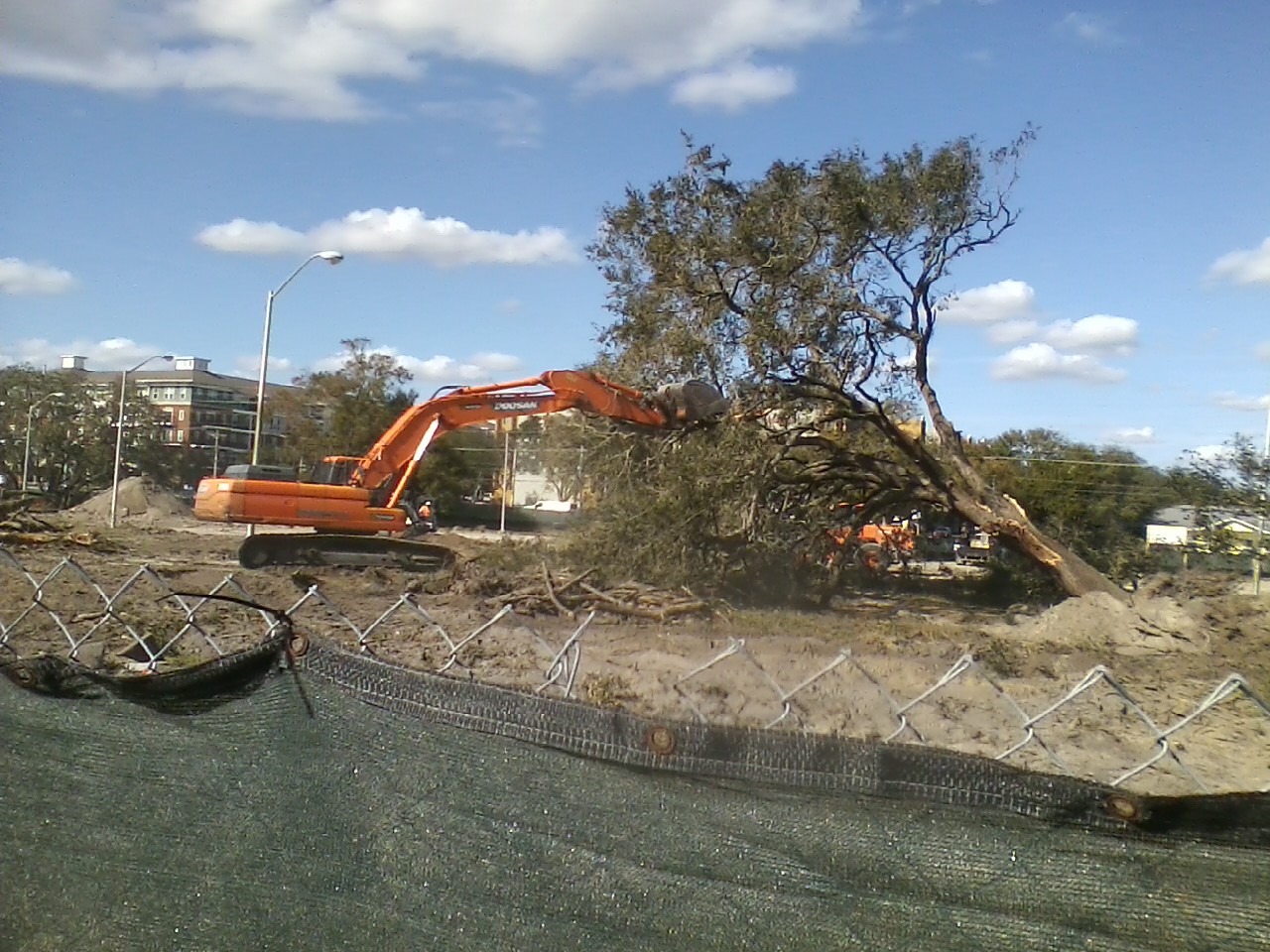 Construction has begun on a Publix supermarket along the north edge of the University South Florida campus in Tampa; but an environmental advocate is concerned about how many old-growth oak trees have been destroyed.

Louise Raterman is a USF alumna and lives near campus.

“I was in the neighborhood and I suddenly saw equipment just erasing all the magnificent oaks there, right on Fletcher Ave. at the north front area of the university near [USF Palm Dr.]. And those oaks, I recognize, they’re just lovely. And they retain water there most of every summer, particularly when there’s hurricane weather.”

“I never saw such a cruel taking [of trees]. I never saw such violence in the way…. There was basically just one person. He was knocking the trees — he was knocking them over. And then when they wouldn’t go because every one of those — it was like an ancient collection of the mosses and the roots were so interconnected, the huge oaks wouldn’t fall over. So then he was trying to dig at the roots and it was so violent.” 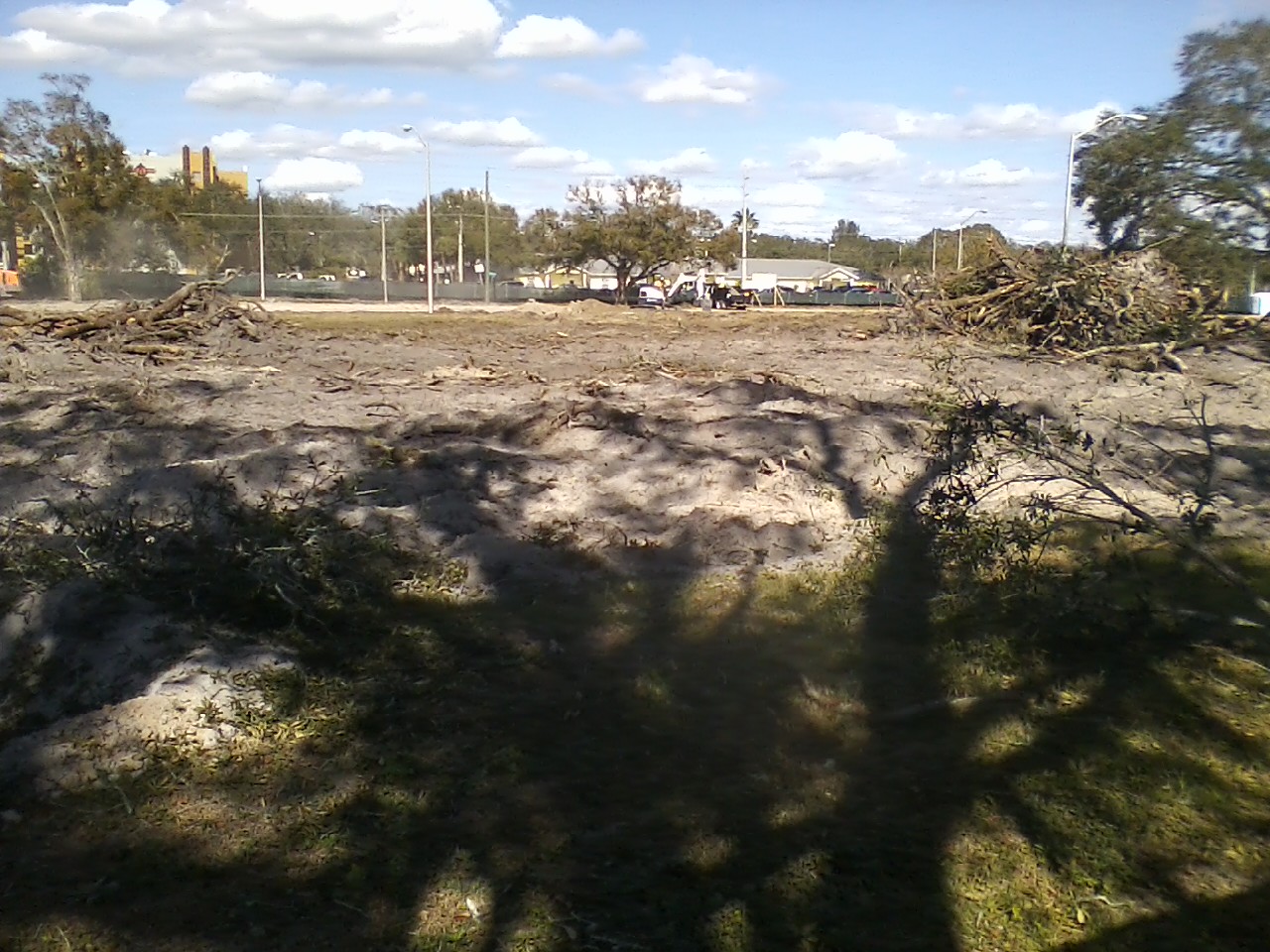 A USF spokesperson deferred questions to Publix because “USF is subleasing the land for the grocery store to Publix, but they are responsible for designing, building, operating and maintaining the facility.”

WMNF News asked Publix how many trees are being destroyed, whether some could have been saved and what flooding mitigation is planned. But Publix’s media and community relations manager Brian West said “we haven’t released our press release on this site yet.  Until we do – and hopefully that will be within the next few days, it isn’t appropriate to do an interview.”