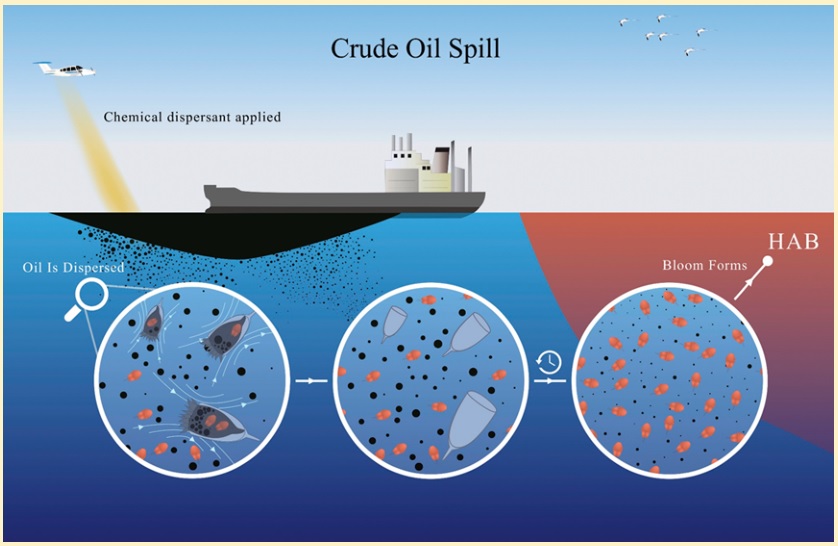 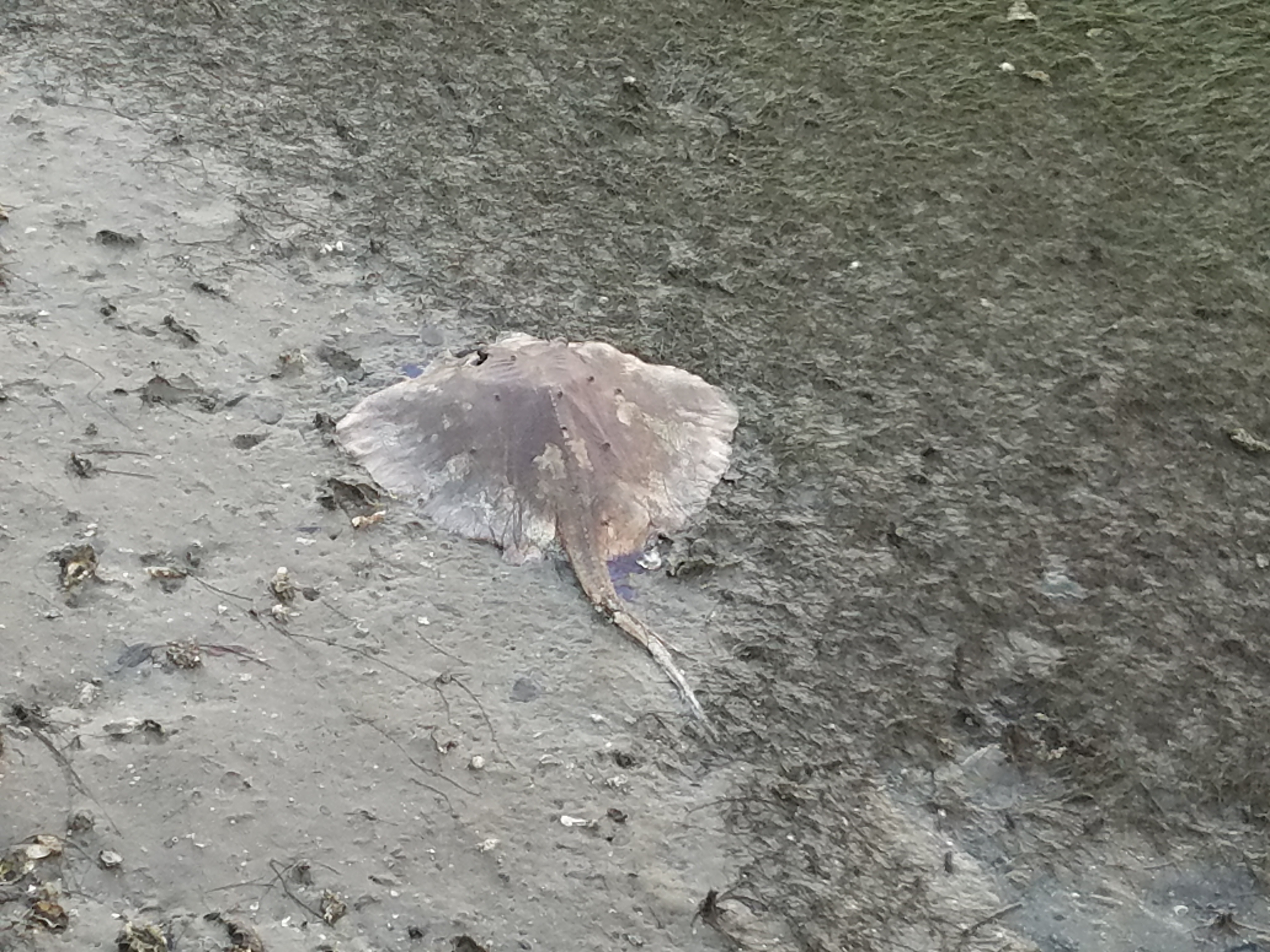 Could this year’s massive red tide bloom off Florida’s coasts have been made more severe because of oil spills or the use of dispersants to clean spills? A recent study published in the journal Environmental Science & Technology describes how dispersants and oil can harm organisms that feed on red tide species, making algal blooms more likely.

Ed Buskey is a professor at the University of Texas Marine Science Institute and one of the authors of a paper called Oil Spills and Dispersants Can Cause the Initiation of Potentially Harmful Dinoflagellate Blooms (“Red Tides”).

“One possible reason for a (red tide) bloom – this big increase in a particular species of phytoplankton – could be due to something that negatively affects the things that are eating them. So, we had done some previous studies where we had tested both harmful algal species like Karenia (brevis, the Florida red tide species) as well as other dinoflagellate species and some of the single-celled protozoa that normally feed on them in the marine food web. 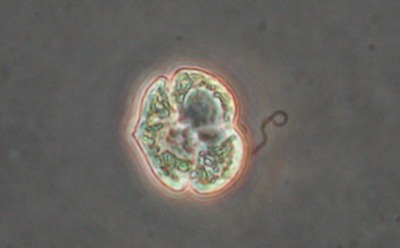 “So a post-doc in my lab, Rodrigo Almeda, who is the first author on this paper, he went out on a cruise in the Gulf of Mexico and took natural samples of water. Just whole water with all the different types of plankton in it in big bottles. And then added oil, and dispersants and oil and dispersant mixtures to it.

“Basically what he found was that – what the paper shows is that – over very short periods of time the numbers of organisms that would eat these dinoflagellates – these harmful algal bloom species –declined very rapid. And as a result of being released from that grazing pressure, then the dinoflagellates – the harmful algal bloom species – increased very rapidly.”

Buskey thinks the 2010 Deepwater Horizon oil disaster might not be as much of a factor in this year’s Florida red tide as other oil spills.