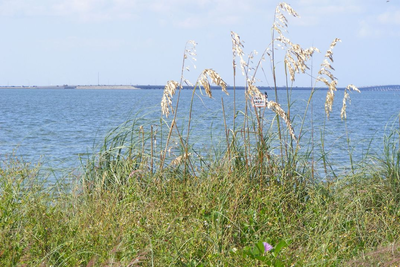 The U.S. Coast Guardand BP are still struggling to contain an oil spill that started leaking thousands of gallons into the Gulf of Mexico. This began after an explosion last week, that sank Transocean’s Deepwater Horizon Drilling Rig. The Coast Guard Estimates that over 42,000 gallons of oil are draining into the gulf daily, and covers over 1500 square miles. WMNF’s Joshua Holton spoke with Robert Weisberg, who is a professor in USF St. Petersburg’s College of Marine Science. He’s a physical oceanographer, meaning he observes and models water circulation in the Eastern Gulf of Mexico.

If there is success in capping it off, and stemming the flow of oil, then, you know, there’s a cleanup problem at sea, and hopefully things will disperse, and there won’t be a major problem. If, on the other hand, it continues long enough, then there’s a likelihood that oil will eventually get entrained into the Gulf of Mexico loop current, and then head toward the Florida Keys, and up the East Coast of Florida. So in terms of an immediate threat to land, my primary concern right now is not with, say, the Tampa Bay area beaches, but rather with the Keys, and Miami, and points farther north.

Q. Has this ever been a threat for the East Coast of Florida, from the Gulf of Mexico like this?

And it also—if you go far enough west, the prevailing winds tend to move materials farther west, towards Texas. So the present situation is such that we haven’t had much drilling operations east of the Mississippi River. We haven’t had major spills east of the Mississippi River, and so we haven’t been in a situation before where the direct impact of the loop current could be felt, and with materials being entrained and moved toward the east.

Now, you may recall, years ago, before the regulations were put in place for how ships could clean their bilges, the beaches of Miami were full of tar balls. And if you went anywhere on the East Coast, for example, onto the beach, you’d have to clean, you know, the tar off your feet before you went in. So it’s very clear that the potential for such problems exists; we just haven’t seen it recently because, between regulations of pumping bilge water and no drilling in the eastern Gulf of Mexico, we haven’t had to deal with this. But now we have an example where we may have to deal with it.

BP is planning more drilling near the leak, as a way to try and take the pressure off the well, which is gushing 42,000 gallons of crude oil a day into the Gulf of Mexico. According to BP spokesman Robert Wine, drilling the relief well could take up to three months.