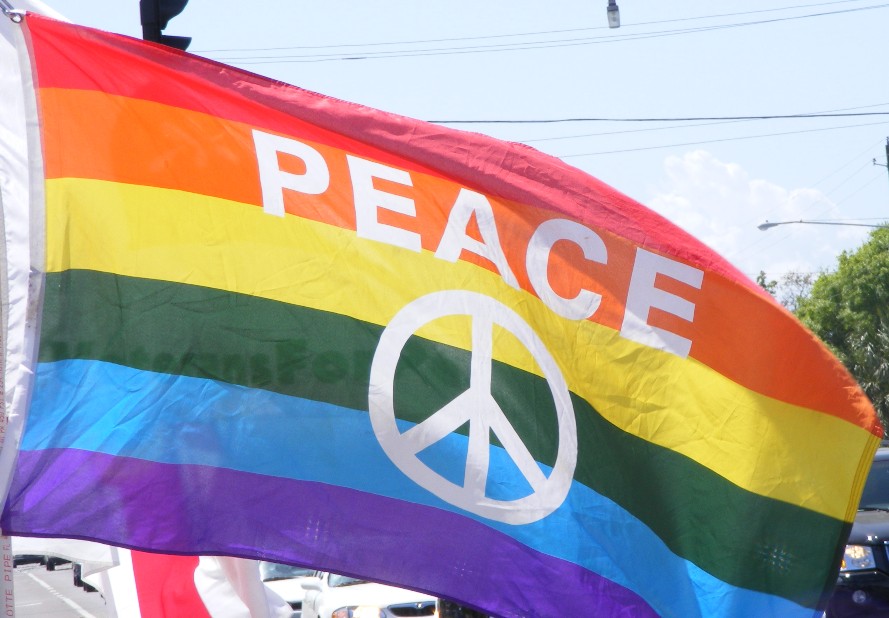 This Saturday, peace activists are holding a global day of protest of U.S. military actions against Iran; there are several in Florida, including Port Richey and Tampa.

Saturday’s Port Richey rally is sponsored by Florida Peace Action Network. It’s from 11:00 a.m. until 1:00 p.m. at the intersection of U.S. 19 and Ridge Road.

Bryan Ellis is with ANSWER Suncoast, one of the organizing groups of the Tampa rally.

“This Saturday, from 1:00 p.m. to 3:00 p.m., we’re going to be gathering with different organizations at Lykes Gaslight Park in Tampa in order to say that we don’t want another war in the Middle East. We don’t want the Trump administration to continue its aggression against Iran.

“We are coming out in opposition to this war because this is another act of aggression by the U.S. empire against sovereign nations. This is another act of endless war in pursuit of profit and global domination. It has to do with oil and power in the Middle East. And it doesn’t have anything to do with human rights, democracy or protecting the United States.”

SK: A few weeks ago, the U.S. assassinated an Iranian general inside of Iraq. Iran retaliated with strikes against bases in Iraq that injured some Americans. But it seems to have simmered down. Do you feel that things are back to a low-level? Or, are you worried that things might get hot again?

“Thankfully, the initial escalation has de-escalated. But the truth is, we’re still in a very dangerous situation overall. Because the region is still simmering from the tensions. When Trump backed down, he said it was because, well, the Iranian airstrikes didn’t kill American soldiers. And in so doing, he sort of set up his own red line. So, if American troops are to be killed in the region, that would probably cause him to initiate aggression again.

“Also, there’s no telling what Trump is going to do. The initial attacks on Iran were most likely related — somewhat, at least — to the impeachment trial, and trying to take away attention from the impeachment. So, for any sort of political convenience or calculations on his part, a war with Iran could erupt again.

“Not to mention that the United States, just in general, its policy towards Iran has been one of regime change. So, it wants to overthrow the government. That’s one of his long-term plans. And it’s going to continue trying to make that happen or look for any excuse or lie to make that happen. So, we should still really be on high alert even though the initial tensions are a little deescalated.”

SK: You already mentioned the rally, the “No War on Iran” rally, that’s happening this Saturday in Tampa. But there’s also one in Port Richey and there are others around the state, and around the country. Where are they?

“Yes, pretty much all the major cities in the U.S. are going to have them. Here in Florida, there will be one in Pensacola. I believe there’s one in Miami, and then ours and Tampa. And, if anyone wants to start one, they can reach out to ANSWER Coalition, and to answercoalition.org, and add their protest to the list of national and global actions.”

U.S. officials say additional U.S. troops have been flown out of Iraq for closer medical evaluation of potential concussive injuries from the Iranian missile attack this month. It was not immediately clear how many were flown out; they are in addition to 11 troops who were evacuated to U.S. military facilities in Germany and Kuwait last week.

The Trump administration initially said no Americans were harmed in the strike, but later it became known that medical screening had determined that some of those who took cover during the missile barrage were suffering from concussion-like symptoms.

Meanwhile, President Trump has minimized the severity of head injuries sustained by those U.S. troops. The president was pressed yesterday on why he’d claimed no troops had been injured. Trump said he does not consider that kind of injury to be “very serious” relative to others he’s seen.