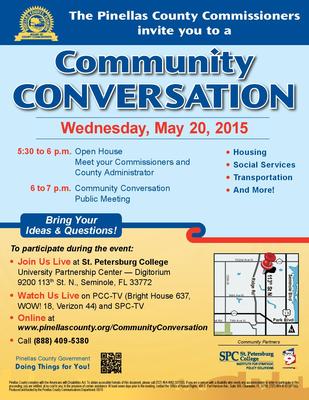 Today on Radioactivity we talk with Pinellas County Commissioner Chair Charlie Justice, about a community conversation meeting that will take place tomorrow at the St.Petersburg College in Seminole. Citizens will be able to engage with their local government and bring up questions and concerns about topics such as transportation, housing, and social services. a ‘meet your commissioner’ open house will precede the meeting at 5:30 with the conversation starting at 6.pm. The meeting will also be broadcast on PCC-TV and online at here.

We then listeners reactions to comments made by senator Marco Rubio to Chris Wallace on Fox News this past Sunday, claiming former President George W. Bush was right to go to war with Iraq and that the world is a better place without Saddam Hussein. We also hear comments from 2006 by former CIA official Paul Pillar, in which he tells C-SPAN the decision to go to war was not based on faulty intelligence, but that the Bush Administration cherry-picked the information it need to justify the war.