Radioactivity 8 18 17
Welcome to Radioactivity. I’m Rob Lorei. Coming up—
We hear a lot about the anti-fascist movement these days. But the movement has a long history. In the 1930’s there was a strong anti-fascist (antifa) movement here in the US and around the country. Anti-fascists fought to preserve the democratically elected government of Spain. A new play about that era premiered last night in Ybor City. We’ll talk about that in a moment.

And the local community was successful in raising private money to relocate a Confederate statue from downtown Tampa. But had the private money not been raised a majority of Hillsborough County Commissioners wanted to keep the statue in place on county property. We’ll get the back story and meet two people who worked to relocate the statue in a moment.

That’s Viva La Quince Brigada—one of the songs sung by loyalists during the Spanish Civil war. Many Americans—the anti-fascists of their day in the late 1930’s– went to Spain along with volunteers from around the world. They fought to try to prevent a dictatorship from taking over that country. A new play about the era called “George & Ruth” – Songs and Letters of the Spanish Civil War runs from now through August 27 at the Silver Meteor Gallery, 2213 East 6th Avenue, in Ybor City 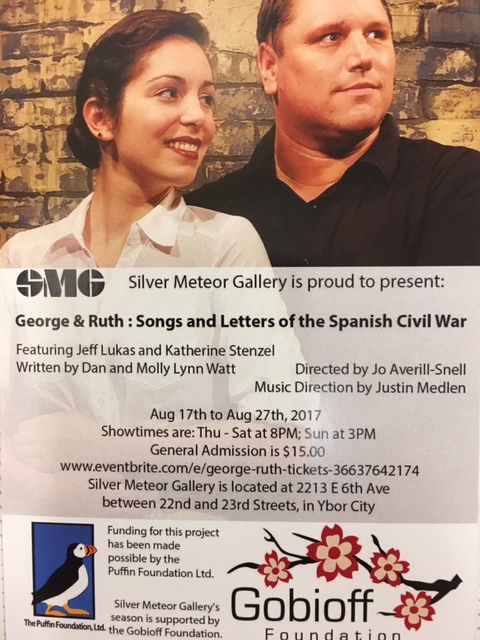