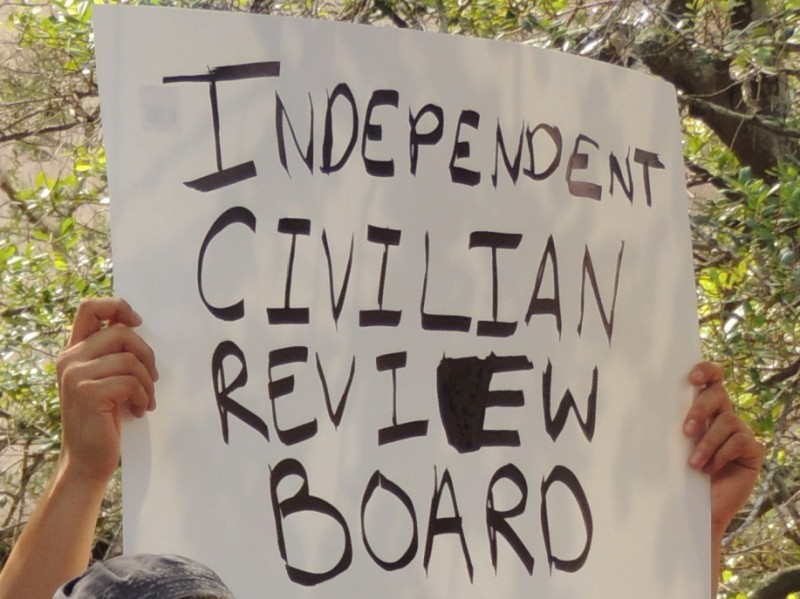 Late Thursday afternoon Tampa City Council instructed its attorney to work with the city’s attorney to draft an ordinance creating a citizen board to review police actions. Besides the number of appointments by council or the mayor it will have similar properties to a board created by Mayor Bob Buckhorn through executive order last month.

The city’s attorney, Julia Mandell, insists the council lacks authority under the city charter to create a review board. But the attorney for city council, Martin Shelby, disagrees — highlighting a power struggle between the legislative and executive sides of city government.

Shelby told city council members that despite threats of lawsuits if they pass an ordinance forming a citizen review board, “legislative immunity is absolute.”

Council member Lisa Montelione made the motion to “codify” Mayor Buckhorn’s version of the review board through an ordinance, with changes to how many members that City Council could appoint. It was seconded by Guido Maniscalco. When the workshop session resumed later in the afternoon Montelione modified her proposal to have the council’s attorney work with the city attorney’s office to draft an ordinance that would create a citizen review board with all the characteristics of Buckhorn’s executive order except for details of the appointment and terms of members.

Before council broke for lunch, when it looked like council might be leaning toward tweaking Buckhorn’s review board rather than creating its own, members of the public who packed City Council chambers expressed their disappointment. They chanted “no compromise” and “you’re selling us  out.”

The mayor’s executive order has him appointing all of the members and alternates to the police review board except two, which would be appointed by City Council. That hasn’t sat well with many members of the public or with council.

Council Chair Frank Reddick will try to meet with Mayor Buckhorn to attempt to convince him that city council should be able to appoint more than two people to the citizen review board.

Thirty-one residents who spoke during public comment demanded a stronger board that’s independent of the mayor. Many of them want the board to have subpoena power.

Resident Susan Long told city council there is inequality in Tampa based on income and race and the police review board should have teeth, unlike Mayor Buckhorn’s panel that is based on how it’s done in St. Pete.

The residents in favor of an independent police review board, led by the group Tampa For Justice, have an ally in City Council member Yvonne Yolie Capin. She insisted on getting rid of the ordinance drafted by the city attorney and instead have the City Council’s own attorney draw up a new ordinance with more power.

“A city cannot exist without a legislative body, but it can without a mayor, ” Capin said to applause.

City Council member Charlie Miranda was once again the only member to vote against moving forward with an ordinance. Miranda suggested that instead Council Chair Reddick should meet with the mayor to find a compromise. Earlier in the meeting Maniscalco said he has been the only council member to meet with Buckhorn on the matter. The two discussed compromises twice but Maniscalco said Buckhorn wouldn’t budge.

Montelione suggested that Reddick could try to meet with Buckhorn next week. She offered to give up her previously-scheduled meeting with the mayor to make it happen.

Tampa City Council will discuss the ordinance for a citizen review board of the police at a 5:30 p.m. meeting on October 8.

This story has been updated since it was first published.