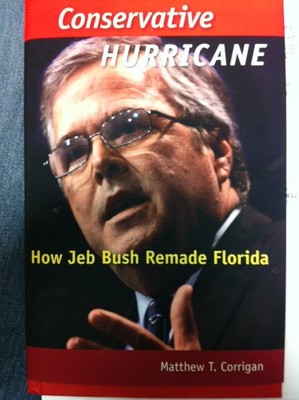 Joining us today on Radioactivity is Matthew Corrigan, Ph.D. Chair of the Department of Political Science and Public Administration at the University of North Florida. His recently released book, Conservative Hurricane:How Jeb Bush Remade Florida, outlines how the former Florida governor changed the nature of the office since his two-term run from 1999-2007. Later we discuss gun control and the NRA with Jim Gilmore, who worked as an editor and producer on the PBS Frontline documentary Gunned Down: The Power of the NRA, which airs tonight on PBS station WEDU at 10pm.