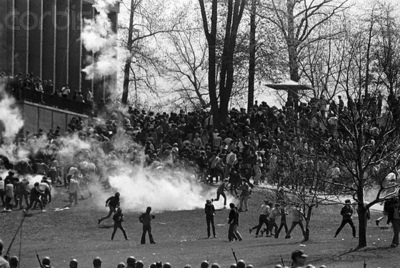 Today is the 45th anniversary of the Kent State Shootings, in which National Guardsmen fired in a group of student protesters at Kent State University in Ohio, killing four and wounding 9 of the students. We listen to an excerpt of the Project Censored Radio Show from last week,hosted by Mickey Huff and Peter Phillips, with an interview with Joseph Lewis, who was wounded by two gun shots at Kent,and Laurel Krause, whose sister Allison was one of the 4 killed in the shooting.