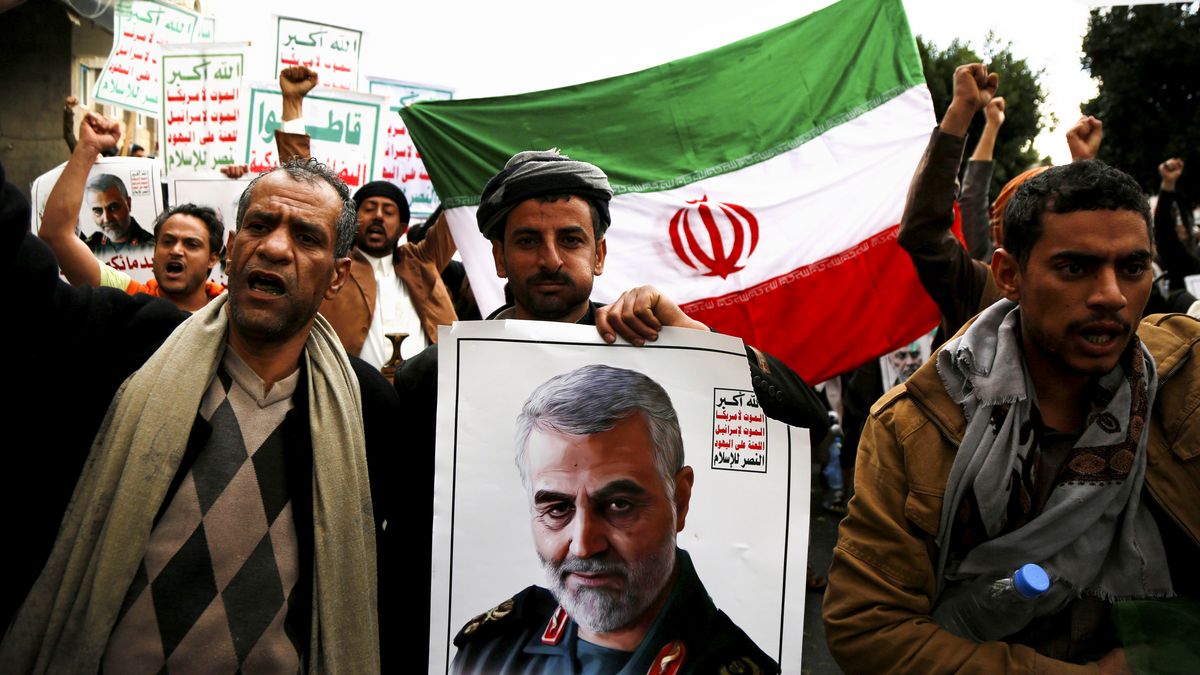 A week ago the US assassinated the top military leader in Iran—as he was traveling in Iraq. The latest justification by President Trump was that he was that Qasem Soleimani, the Iranian general had been planning to blow up the U.S. Embassy in Baghdad.

Trump and his aides have drawn sharp criticism from Democratic lawmakers and some Republicans for refusing to disclose what they have been claiming  was the “imminent threat” that Soleimani posed at the time he was killed in the car he was riding in at the airport in the Iraqi capital last week.

Trump, speaking at the White House, said yesterday (quote) “We did it because they were looking to blow up our embassy. We also did it for other reasons that were very obvious. Somebody died, one of our military people died. People were badly wounded just a week before.”

Skeptical members of Congress have been asking for some sort of proof to justify the assassination.

According to our next guest–  the claim that Soleimani and the Iranian government are somehow responsible for the deaths of “hundreds of Americans” in Iraq—which has been repeated by Republicans, some Democrats and the mainstream media—appears to be groundless.

Our guest today is STEPHEN ZUNES, a professor of politics and coordinator of Middle Eastern Studies at the University of San Francisco.

He’s written a new piece for The Progressive Magazine saying there is zero evidence that Soleimani killed hundreds of Americans….