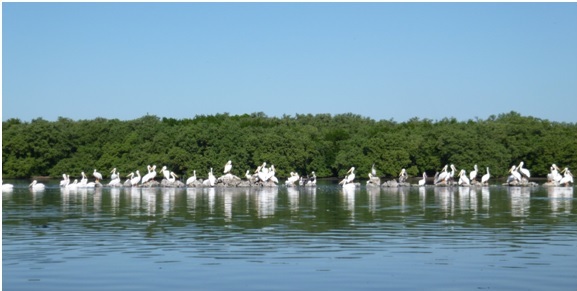 Environmentalists in Manatee County will protest a proposed Bradenton waterfront development tomorrow; Jane von Hahmann is a former Manatee County Commissioner and is the vice president of the Florida Institute for Saltwater Heritage, or FISH, in the village of Cortez. 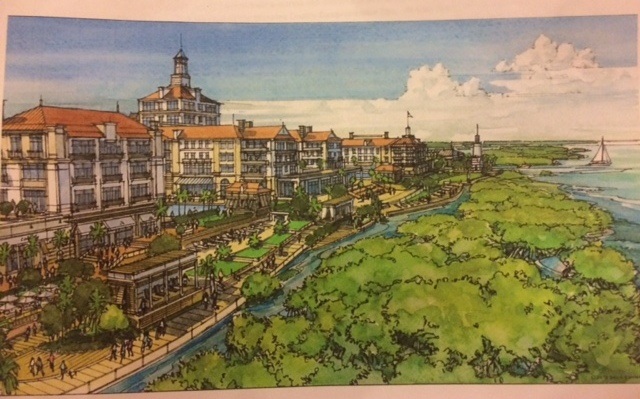 “First of all, understand that I live in the oldest commercial fishing village in the state of Florida, that is still a working commercial fishing village in Cortez. Aqua by the Bay is a development on Long Bar Point, which is the northern most shoreline of Sarasota Bay. It’s a very pristine mangrove area that supports for fish, the environment that we work to protect so that our industry, commercial fishing, can continue to exist another 130-years, which that’s how long this village has been actively fishing. So, that’s our primary goal, is to protect that shoreline.

“This is a very large development: 2,980 homes I believe, plus residential and commercial development as well. Our concerns come from the intensity of the development. One of the plans we see has called for up to 24–12-story towers (10-story living over 2-story parking), which in Manatee county– if you have any ideas of Manatee county, especially along our shoreline, [is] very low-profile visually from the bay. We’re really worried about the impact that that kind of intense construction is gonna have on that environment right there. Plus the fact that this developer has called for and has gotten a permit to dig a 60-foot wide linear lagoon, which is gonna separate the mangrove system from the shoreline.

“If anybody understands the science of mangroves, they require– and I did serve as a County Commissioner for 8-years and we put in place, during my tenure, a 50-foot buffer for mangrove upland movement due to sea-rise. We didn’t base it because of sea-rise, we just based it on science that showed us that it required this kind of buffer to allow for mangroves to migrate as water rises. We’re not sure we understand the impacts of this lagoon, which also will have a upland seawall. Now you’re changing the water-flow, you’re changing how wave-action hits a wall and then disperses itself north and south. The impacts on those who live on the north and south end of that lagoon as well. We’re really concerned, basically about these impacts to the shoreline.”

And the developer your referring to is Carlos Beruff.

Remind our listeners who that is and also he’s proposing that it be part of a wetlands mitigation bank.

“Yes. And that’s part of our struggle with Carlos and the way he’s going about this. It’s very piecemeal. Carlos has been a managed county resident for quite some time. He is a large developer here. Their homebuilding happens under Medallion Homes. He came before the County Commission in 2013 with this property, seeking an upland marina, which would totally have devastated.

“If anything, we fear one of the things he’s doing, supposedly in support of making it better for the shoreline, is to put signs within the seagrass systems there. Well, signs often attract people – they want to go over and see what the sign says, which to me, offers the possibility of more damage being done than protection being done and they’re being given credits to do this, which is a little bit scary because those credits will allow someone else or he himself possibly on his other areas of the property, to do destruction to other wetlands areas.

“We think that the County Commission and anyone looking at this, really needs to look at the whole picture. They need to look at the mitigation bank and the fact that it’s in two pieces with 120-foot cut right through the middle of it, which then triggers in my mind, OK, there’s an upland seawall, there’s a cut through the middle, are we later coming back to request this upland marina that everybody screams so loud: ‘You can’t do this.’

“I mean, why do you leave an opening in a mitigation bank of a solid shoreline of mangroves if there’s not something you want to do in the future like dredge a channel? I mean, this is a super, super shallow area, this area of the shoreline. Literally only 1-foot to 2.5-feet deep and it takes about-I don’t want to exaggerate, but–I think it’s almost like three-quarters of a mile just to get out to any kind of deep water.

“We believe you need to look at the whole. You can’t just look at the general development, which is what the county is looking at. They’re looking at an approval that doesn’t even tell you how many of these buildings are going up, it just gives you the design style: 145-foot; 75-foot; single-family 35-foot. It doesn’t tell you where they’re going on the property. It doesn’t tell you how this lagoon and the seawall are going to impact. So, there’s a lot of questions. There’s just a lot of questions.

“Carlos [Beruff] did serve as the chairman of SWFWMD (Southwest Florida Water Management District), one of the main governing bodies who do issue the permits that he’s looking at. He did run for Florida Senator, but, Marco Rubio of course, stepped back in the race and that was done away with. But, he’s very politically tied, so that scares us some, too. I think that really tight tie to those bodies whose regulations he has to follow.”

And finally, I want to ask you about your protest tomorrow. Where and when is it?

“We’re holding a rally on the corner of 75th Street West and 53rd Avenue West. That is a roundabout. We’ll be at the most northern end of the property. The property begins on the southwest side of that roundabout and then travels south-southeast along the shoreline there for about a mile and a half to two miles.”

The development, planned by former U.S. Senate candidate Carlos Beruff, is known as “Aqua by the Bay.”

The protest begins at 1:30 p.m. Saturday at the roundabout at 75th Street West and 53rd Avenue West, at the west end of El Conquistador Parkway in Bradenton.