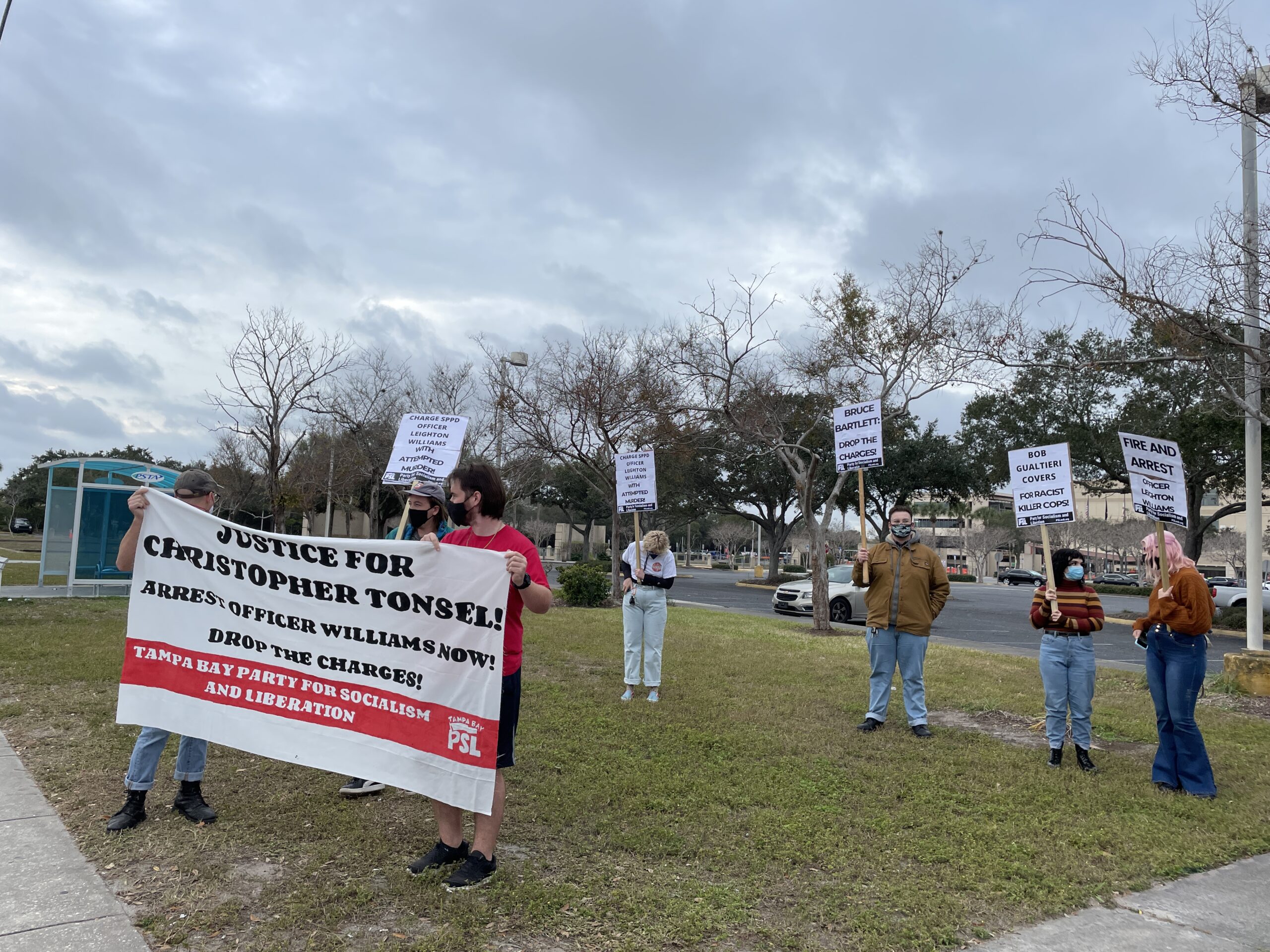 It has been over three months since 17-year-old Christopher Tonsel was shot by St. Petersburg Police officer Leighton Williams. During the pursuit, officer says Tonsel pointed a gun at him. After that, Tonsel was booked into the Pinellas County Jail in November, charged as an adult. As a result, a group from the  Party for Socialism and Liberation protested Friday demanding justice from state attorney Bruce Bartlett. 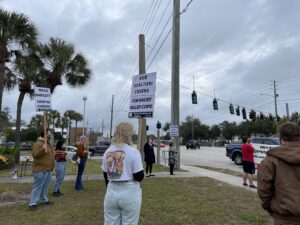 Tonsel is being charged as an adult

Meanwhile Tonsel, who’s Black, is charged with aggravated assault on a law enforcement officer, carrying a concealed firearm and possession of a firearm by a person under 18 years of age. However Pinellas County Sheriff Bob Gualtieri says Officer Williams actions were “lawful and proper.”

But protestors say recently released body camera footage tells a different story. B, of St. Petersburg, heard about Tonsel’s story on the news. She felt like she and her daughter needed to show solidarity with Tonsel’s family.

The bullet from Williams’ gun struck Tonsel’s lung, pancreas and liver. However, his mother, Catherine Jones, says the gun that her son dropped when pursued by law enforcement wasn’t loaded.

“Why would he point an empty gun at the police?” Jones said. “So I just want to say, you know, they’re gonna continue to lie and lie. But I do want to thank everyone for coming out.”

Activists are raising funds for bail 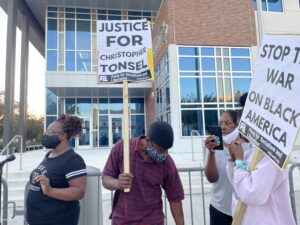 During the time since the shooting, Tonsel’s family says he’s lost over 50 pounds. According to his family, Tonsel is in solitary confinement and his health is suffering. But his bond is set at $50,000, which requires $5,000, to get him out. As a result, Manolo with the Party for Socialism and Liberation says they are trying to help raise funds.

Meanwhile, Christopher Tonsel turns 18 next month, his mother hopes they can make bail before then. Creative Loafing reported that Officer Williams had a 2020 misconduct incident. In that instance, Williams violated four general order and standard operating procedures. In addition, St. Pete Police’s Office of Professional Standards is currently conducting an internal investigation of the shooting.