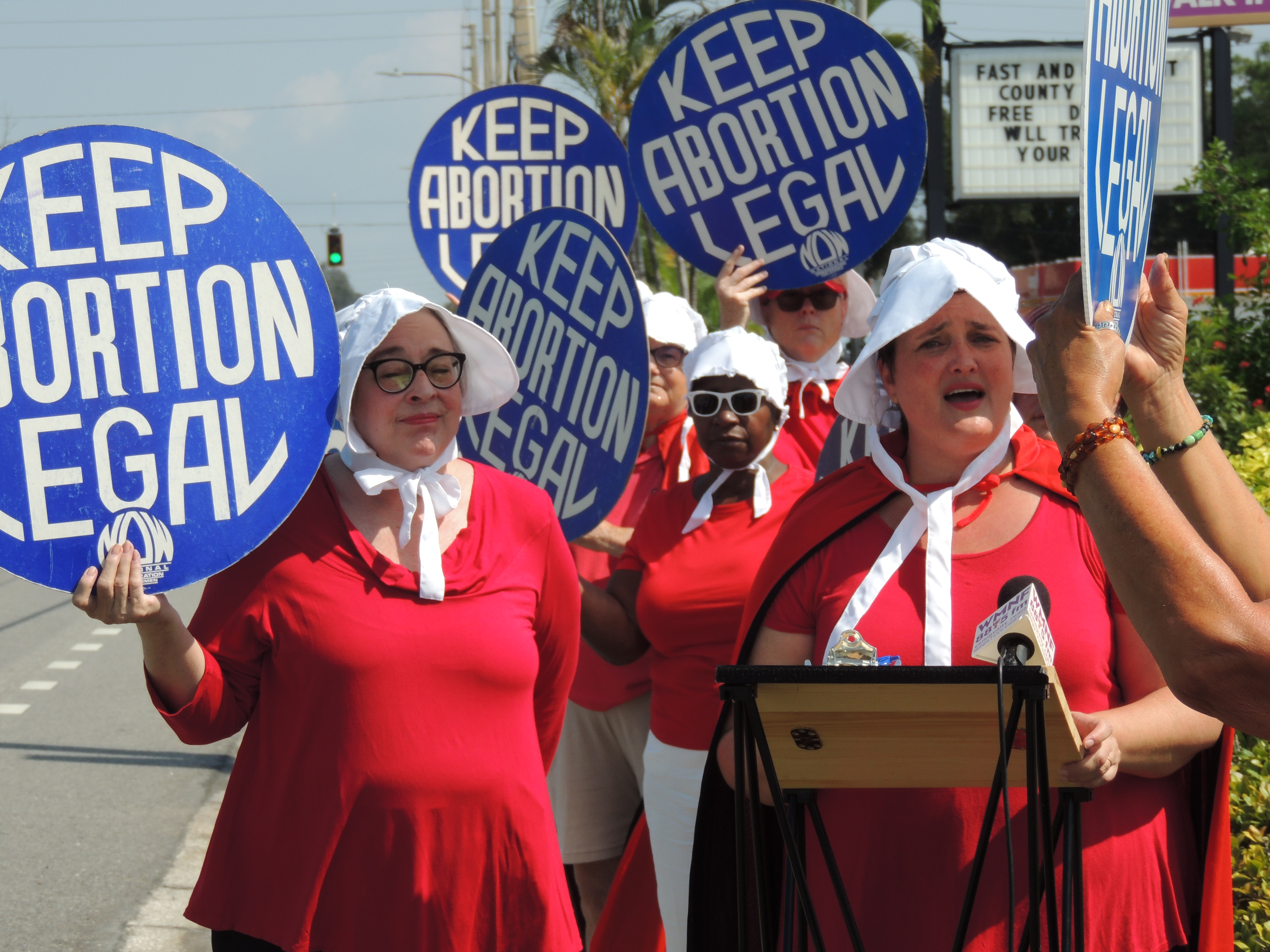 A new Florida Law permanently funds clinics that provide what are called “support services” for women and encourage them to carry pregnancies to term. But critics of the law call them ‘fake clinics’ that trick women into thinking the clinics provide abortions. 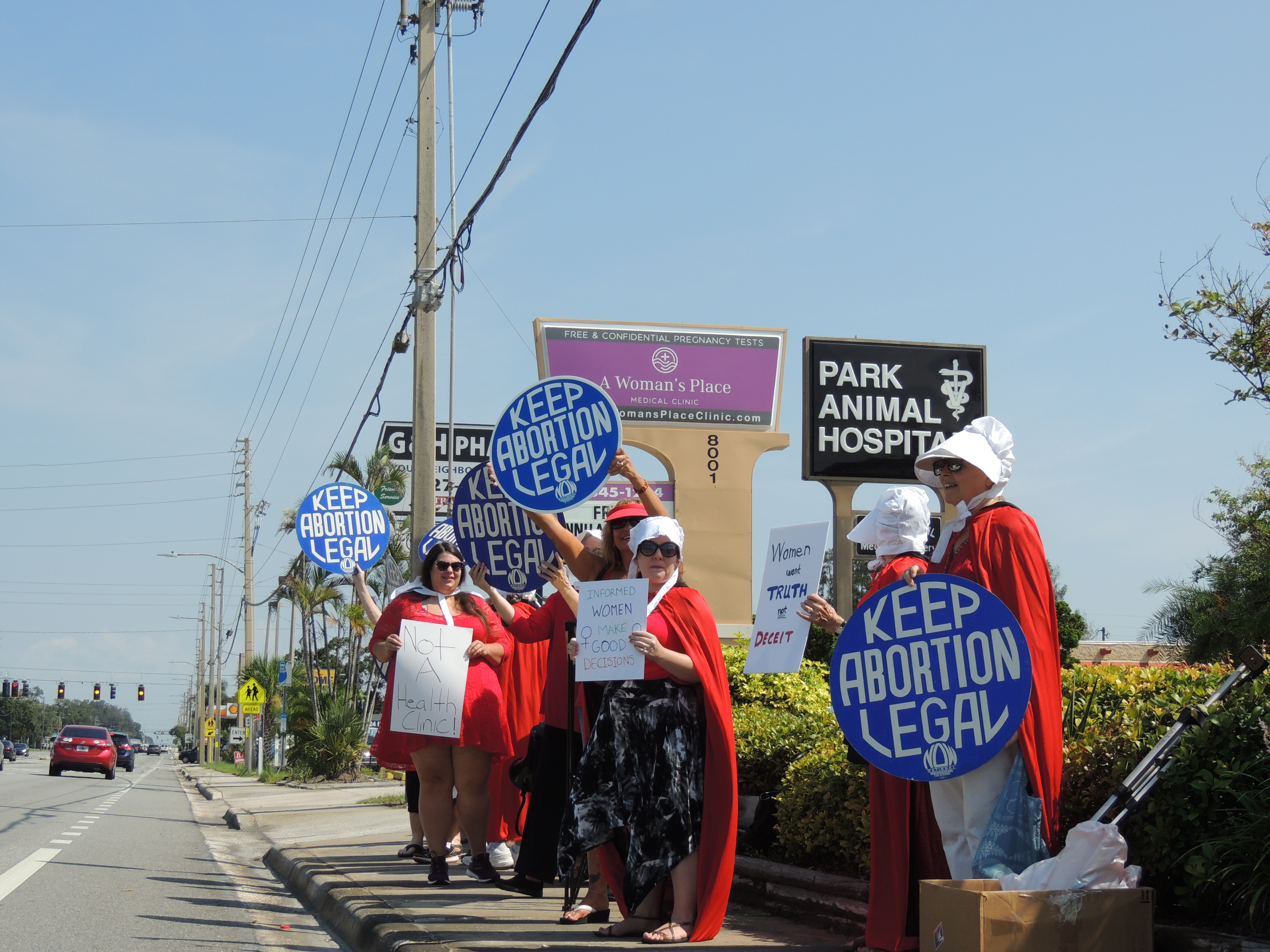 Thirteen of those critics wore red smocks and capes with white bonnets on the sidewalk along 66th Street North in Pinellas Park outside one clinic Thursday morning. They were dressed like characters in The Handmaid’s Tale because, they warn, women’s rights could slip away like in the dystopian novel by Margaret Atwood. Stacey Kroto is the chair of the reproductive rights action team with the St. Pete League of Women Voters.

Kroto spoke during a press conference in front of A Women’s Place Medical Clinic. Their executive director, Nancy Lathrop, declined WMNF’s interview request, but emailed a statement that read, in part, “we believe that every woman has the right to be informed of all her options including abortion, adoption and parenting so she can make a fully educated decision about her future. We provide free medical services such as pregnancy testing, STD testing, limited obstetrical ultrasound, and well woman exams.” The statement also mentions their medical staff and that the clinic is “pro-woman.”

But Ruth Whitney doesn’t buy that explanation. She’s the chair of the election committee of the Pinellas chapter of National Organization for Women.

“I feel that their information is often misleading and inaccurate. And that there is no way the state should be funding such misinformation. Women need accurate information. They should go to their doctors – their own doctors.”

This group says that they do have doctors. You think that’s not sufficient?

“No. A woman should always go to her own doctor and her partner to make these decisions, not so some strangers who give her misinformation.”

“I don’t believe that that is even what their website conveys that they provide – all options to women who come in there seeking information related to pregnancy. It is our understanding, just based on what they have posted themselves, that they do provide religious-based options to pregnancy, not including abortion. And effectively try to steer women away from that being an option for them.”

And some people that might be what they’re looking for, but have you heard of stories where a woman thinks that going someplace like this one of the options might be an abortion. And then they found out that wasn’t [an option]?

“We have done some research on the websites of ‘fake clinics,’ including A Woman’s Place medical clinic of Pinellas Park and they do indicate that they do provide a wide range of options for women who are facing unexpected pregnancies. And when they actually get in the clinics they realize that it’s very restricted. Sometimes they receive medically incorrect information and none of it includes the option of abortion. Nor are they generally referred to a place if they ask for abortion services.” 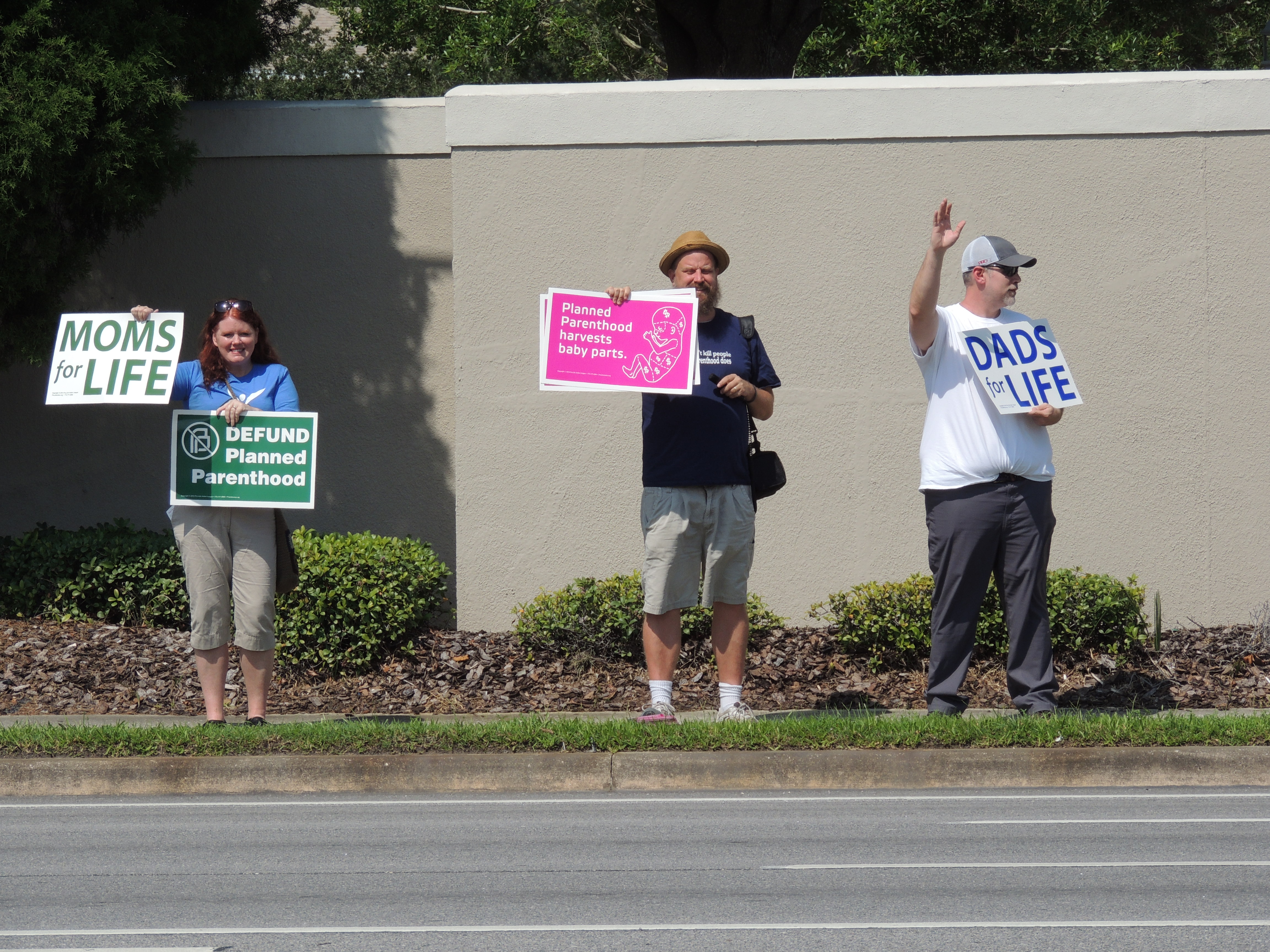 Three protesters demonstrated across the street from a pro-choice rally outside A Woman’s Place. By Seán Kinane / WMNF News (23 Aug. 2018). 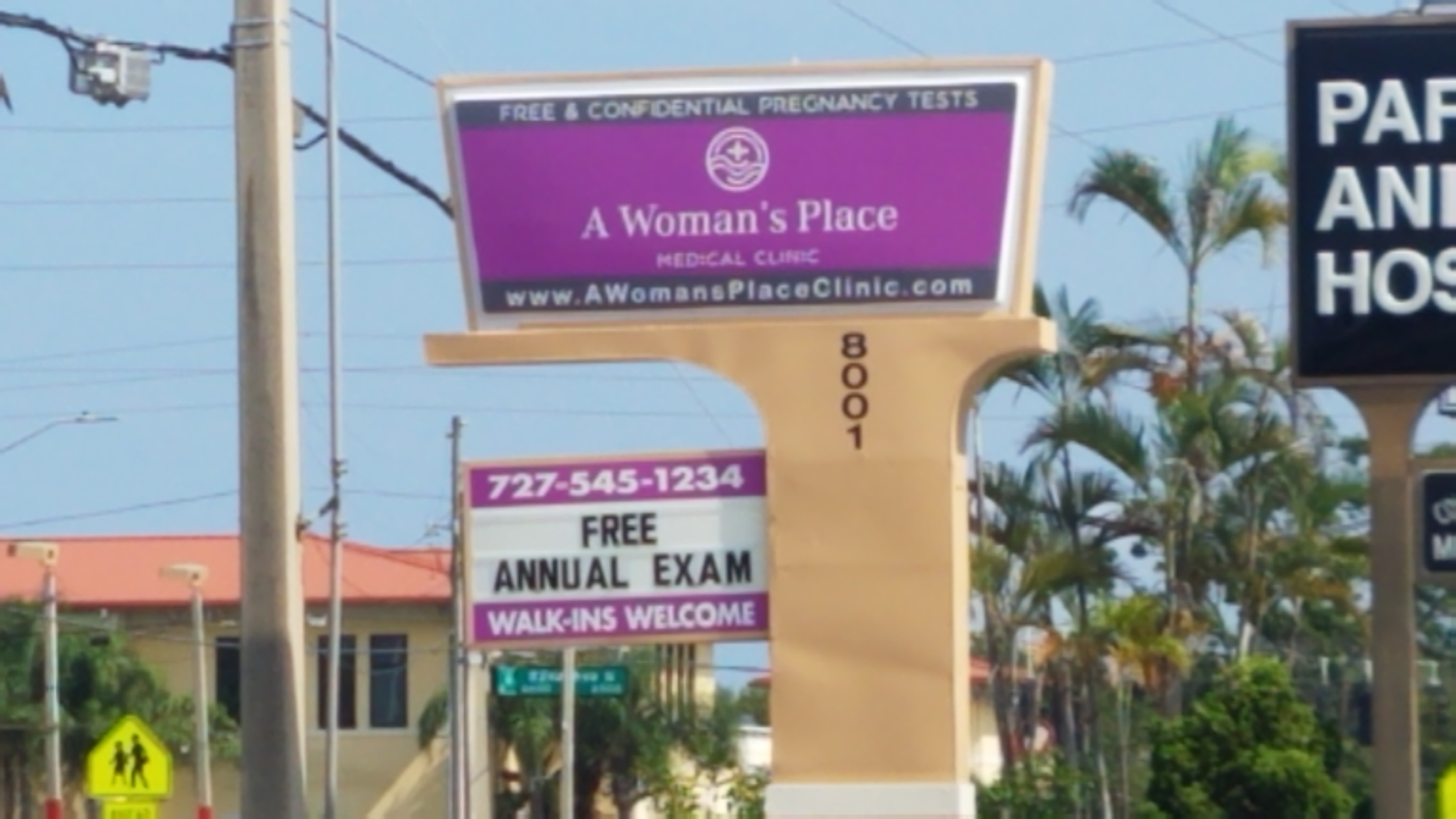 “At A Woman’s Place Medical Clinic, we believe that every woman has the right to be informed of all her options including abortion, adoption and parenting so she can make a fully educated decision about her future. We provide free medical services such as pregnancy testing, STD testing, limited obstetrical ultrasound, and well woman exams. These services are provided by our professional on site medical staff at our 4 locations throughout Tampa Bay area. We are a non-profit organization and operate under the supervision of a licensed and insured Medical Doctor. We are pro-woman and as such we strive to support and empower the needs of all women through a holistic approach.

“Thank you for the opportunity to clarify the important services we provide for women.”

Here’s video of the press conference: