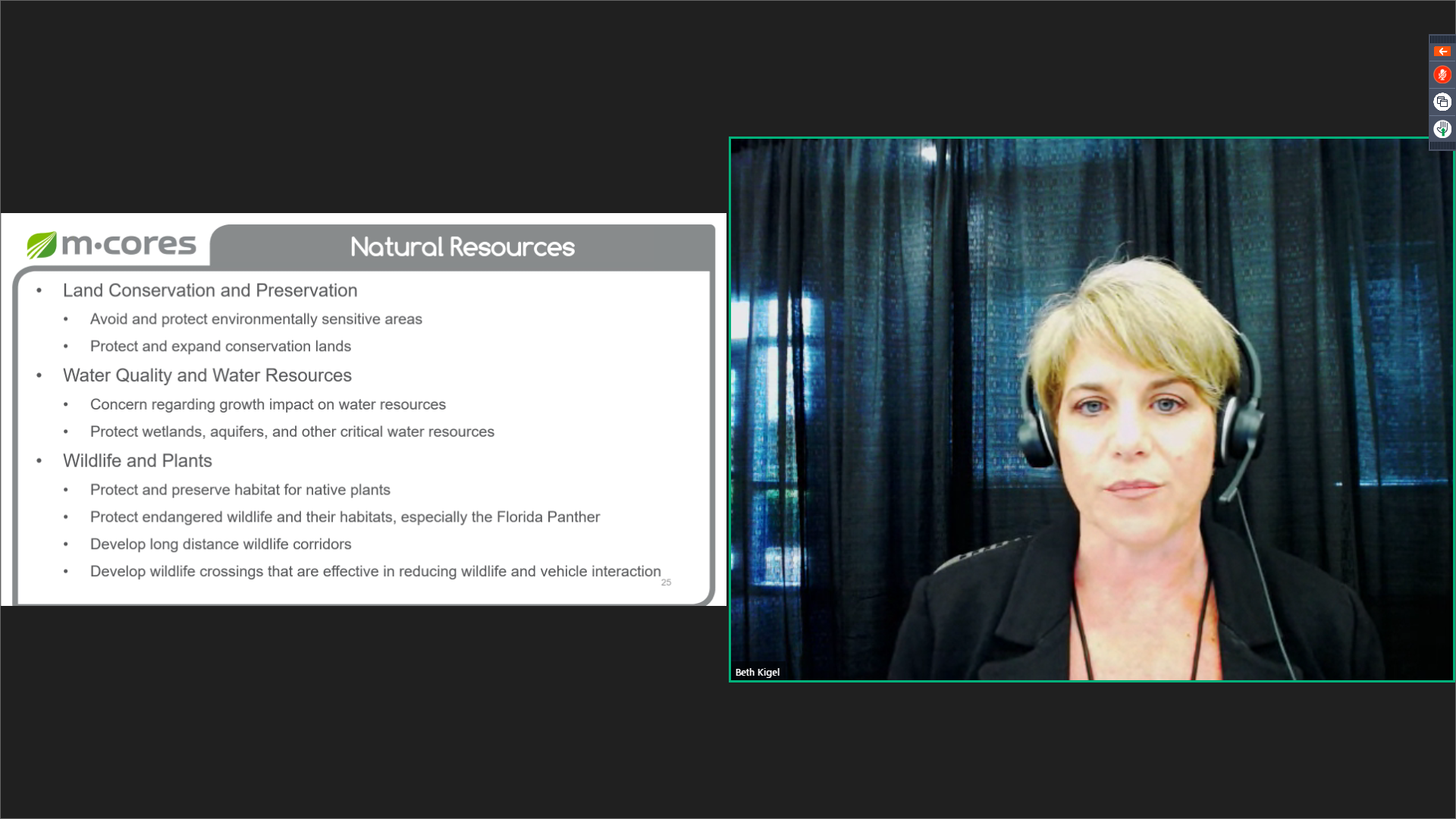 The issue for some was the lack of an apparent need for the roads. Others felt the billions that could be spent on M-CORES would be better used to ease traffic in higher-stressed areas of the state.

And while everyone who spoke during a meeting of the Southwest Central Connector Task Force expressed concerns over the project, most centered their opposition on conservation issues. Protecting the struggling Florida Panther was a main theme.

Matthew Schwartz of the South Florida Wildlands Association said the proposed roads would cut up and divide lands vital to the revitalization of Florida’s state animal.

“The end result of the Southwest Florida Connector is not some grand public works project but only more people, more cars, more shopping, less habitat and prey for panthers and other species, degraded waters and increased polluted runoff and increased roadkill for all the wildlife for which this state is home,” Schwratz said.

M-CORES, or Multi-use Corridors of Regional Economic Significance, was signed into law last year. A main aspect of the project looks at creating three toll roads through rural Florida. The Northern Turnpike Connector would run from Citrus County to the Georgia State Line, the Southwest Central Connector would go from Polk to Collier counties and the Suncoast connector would cover Citrus to Jefferson counties.

The project continues to receive pushback from scores of environmental groups across the State. Most call on the task force to support a “no-build” option which would improve existing roads without adding new ones.

Lindsay Cross with Florida Conservation Voters said task force members should think of themselves as a jury. She asked them not to support the roads if there’s even a shadow of a doubt.

“You’ve heard from Panther experts and read reports that creation of these roads, specifically the Southwest Central Corridor, will mean the end of the Florida Panther and possible extinction,” Cross said. “If you think the construction of these roads would irreversibly impact panthers, other wildlife and precious wild areas, do not sign onto the report.”

The Southwest Central Connector’s virtual meeting Monday was the first of many being held throughout the week and viewable online at floridamcores.com.

Last week, the advocacy group No Roads to Ruin Coalition announced it had analyzed nearly 10,000 comments submitted by the public to the DOT. It found that 93-percent of comments opposed the construction of new roads.

All three M-CORES task forces are required to submit final reports to State leadership by Nov. 15. FDOT Secretary Kevin Thibault said the coming deadline that doesn’t mean anyone is being ignored.

“Even though there is an aggressive schedule, as some of you have mentioned, the schedule does not overrule laws regarding economic and environmental feasibility,” he said. “I hear you and we hear you.”

Independently commissioned groups have estimated construction of the roads could cost between $10 and $26 billion. FDOT said it’s too early in the process to make an accurate cost projection.