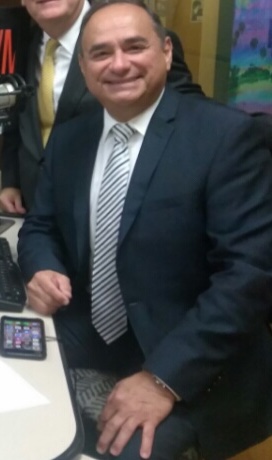 A year ago hurricane Maria struck the island of Puerto Rico and the recovery has been slow. Our next guest blames the slow recovery on the lack of political representation in Washington DC that comes with statehood. At least 3,000 people were killed by the hurricane and its aftermath. (Although President Trump denies the death toll is accurate.) Electricity has only recently been restored to all the residents. Many roofs were blown off and are now replaced by blue tarps. The total level of devastation is the worst hurricane disaster in US history. We’re going to speak with one of Puerto Rico’s shadow representatives in Congress in a moment.

Today—even a year after Hurricane Maria hit the island—Puerto Rico has not fully recovered. The pace of recovery is a problem for the citizens of the island and it could have an impact on the elections in November.

Charlie Rodriguez Colón one of the current “Shadow Congressmen” appointment by Puerto Rico to represent PR in the United States House of Representatives. Charlie is the author and godfather of the “Tennessee Plan” that is now adopted by Puerto Rico as the path to become the 51st state of the US the same way Tennessee and California did. Charlie has also been a past Senate President of Puerto Rico as well.

He is here to encourage Puerto Rican’s (who are US citizens by birth) who may have come here because of the hurricane Maria to register to vote and vote.About 200,000 Puerto Ricans have left the island and moved to the US since the hurricane.

As the head of the Democratic Party of Puerto Rico he wants to encourage all Democrats of all persuasions and backgrounds to vote in the midterms.