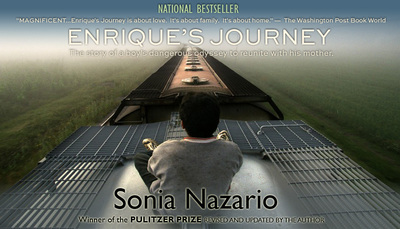 Sonia Nazario, the Pulitzer-winning journalist and author of the book, Enrique’s Journey, spoke at Eckerd College Thursday night about the ongoing child refugee crisis. It was the first time that Nazario, and Enrique’s mother, Lourdes Flores, spoke to an audience together. They focused on the harsh realities, misconceptions and solutions to the crisis in Central and North America.

The auditorium was packed to capacity with 600 people. Some in the audience were Eckerd College freshman, who are required to read Nazario’s book as part of their curriculum. In an interview before her speech, Nazario was clear about the need to untangle the terms migrant and refugee.

Some critics of the US immigration policy are convinced immigrants are coming as economic immigrants to take American jobs. But Lourdes Flores said that’s is not what motivates her or other Latinos to leave home.

Mass incarceration and keeping jails full are the driving forces of the for-profit corrections business. And according to Nazario, they depend on immigrants for business.

In the face of such despair, what can be done? Nazario admits that it is a complex issue, but that there are solutions.

Nazario and Flores spoke during the first in a series of public events at Eckerd College focused on immigration, called “Between Worlds: Immigration, Identity and Globalization.” The next will be on Tuesday, September 30.