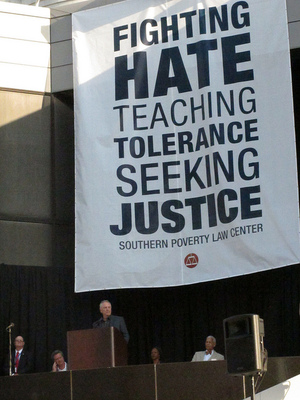 Today on Radioactivity, We talk with two people who work to fight extremist ideologies.

Eli Rosenbaum was responsible for hunting down and deporting Nazi war criminals for the US Department of Justice from 1994-2010. He is now Director of Human Rights Enforcement at Justice Department, where he tracks down perpetrators of genocide around the world. Rosenbaum will be speaking at the Mahaffey theater in St.Pete next Thursday at 6:00 p.m., at an event sponsored by the Florida Holocaust Museum.

We then speak with Heidi Beirich, who spearheads The Southern Poverty Law Center’s annual report on hate groups in the United States. Beirich discusses the role of websites and online forums in how these groups organize and spread information, as well as the difference between Hate Groups and Domestic Terrorist Groups. She will also be speaking in the bay area, tomorrow at 5:30 at the Sainer Pavilion at New College in Sarasota.