Home Blog News and Public Affairs journalism Radioactivity Wednesday: Media analyst Jeff Cohen on the Georgia Senate race; what’s possible under President Biden and the rise of the far right in the US 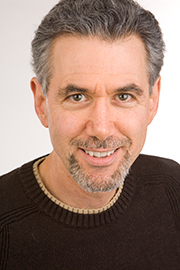 Good morning, welcome to Radioactivity.  I’m Rob Lorei.  After what is likely a huge democratic win in the two US Senate runoff races in Georgia….. and the session of Congress today designed to count the Electoral College votes to make Joe Biden president….. and the right wing protests today where Proud Boys, QAnon supporters and other will demand that Congress not recognize Biden’s victory… It’s a good day to get some perspective and we’ll do that with media critic Jeff Cohen.

Cohen was founding director of the Park Center for Independent Media at Ithaca College, where he was an associate professor of journalism. He founded the media watch group FAIR in 1986, and co-founded the online activist group RootsAction.org in 2011.

Cohen has co-produced documentary movies, including “The Corporate Coup D’Etat” and “All Governments Lie: Truth, Deception and the Spirit of I.F. Stone.” He’s also the author of Cable News Confidential: My Misadventures in Corporate Media.

He has been a TV commentator at CNN, Fox News and MSNBC, and was senior producer of MSNBC’s Phil Donahue primetime show until it was terminated three weeks before the Iraq invasion.

His columns have been published online at such websites as HuffPost, CommonDreams and Truthout – and in dozens of dailies, including USA Today, Washington Post, Los Angeles Times, Boston Globe, Atlanta Constitution, and Miami Herald.  Jeff Cohen joins us now.