Home Blog News and Public Affairs Are Republican Tax Cuts Setting the Stage for Another Depression? And Politifact Announces Its Lie of the Year 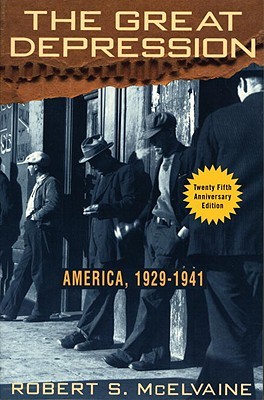 We’ll talk with an historian who will tell us how large tax cuts for wealthy interests led to the Great Depression. He says Republicans are making the same mistakes that they did in the Roaring 20’s.

And Politifact has named its Lie of the Year. We’ll talk with a Politifact editor in a moment.

Republicans in Congress are moving forward with a massive tax bill that would lower corporate tax rates and tax rates on the wealthy. The final bill is making its way through a conference of House and Senate members.

Our first guest is Robert S. McElvaine who teaches at Millsaps College in Mississippi. He is the author of “The Great Depression: America, 1929-1941.

He writes: “The crash (of 1929) followed a decade of Republican control of the federal government. During that time trickle-down policies, including massive tax cuts for the rich, produced the greatest concentration of income in the accounts of the richest 0.01 percent at any time between World War I and 2007 (when trickle-down economics, tax cuts for the hyper-rich, and deregulation again resulted in another economic collapse).
Yet the plain fact that the trickle-down approach has never worked leaves Republicans unfazed. The GOP has been singing from the Market-is-God hymnal for well over a century, telling us that deregulation, tax cuts for the rich, and the concentration of ever more wealth in the bloated accounts of the richest people will result in prosperity for the rest of us.
The party is now trying to pass a scam that throws a few crumbs to the middle class (temporarily – millions of middle-class Americans will soon see a tax hike if the bill is enacted) while heaping benefits on the super-rich, multiplying the national debt and endangering the American economy.
As a historian of the Great Depression, I can say: I’ve seen this show before.
In 1926, Calvin Coolidge’s treasury secretary, Andrew Mellon, one of the world’s richest men, pushed through a massive tax cut that would substantially contribute to the causes of the Great Depression. Republican Sen. George Norris of Nebraska said that Mellon himself would reap from the tax bill “a larger personal reduction (in taxes) than the aggregate of practically all the taxpayers in the state of Nebraska.” The same is true now of Donald Trump, the Koch Brothers, Sheldon Adelson and other fabulously rich people.”
Robert S. McElvaine teaches at Millsaps College. He is the author of “The Great Depression: America, 1929-1941.”
Link: http://www.theday.com/article/20171130/OP03/171139965

Politifact has just announced it’s “Lie of the Year” and here to tell us about it is Katie Sanders who is the Deputy Editor of Politifact which is a project of the Tampa Bay Times.
http://www.politifact.com/truth-o-meter/article/2017/dec/12/2017-lie-year-russian-election-interference-made-s/