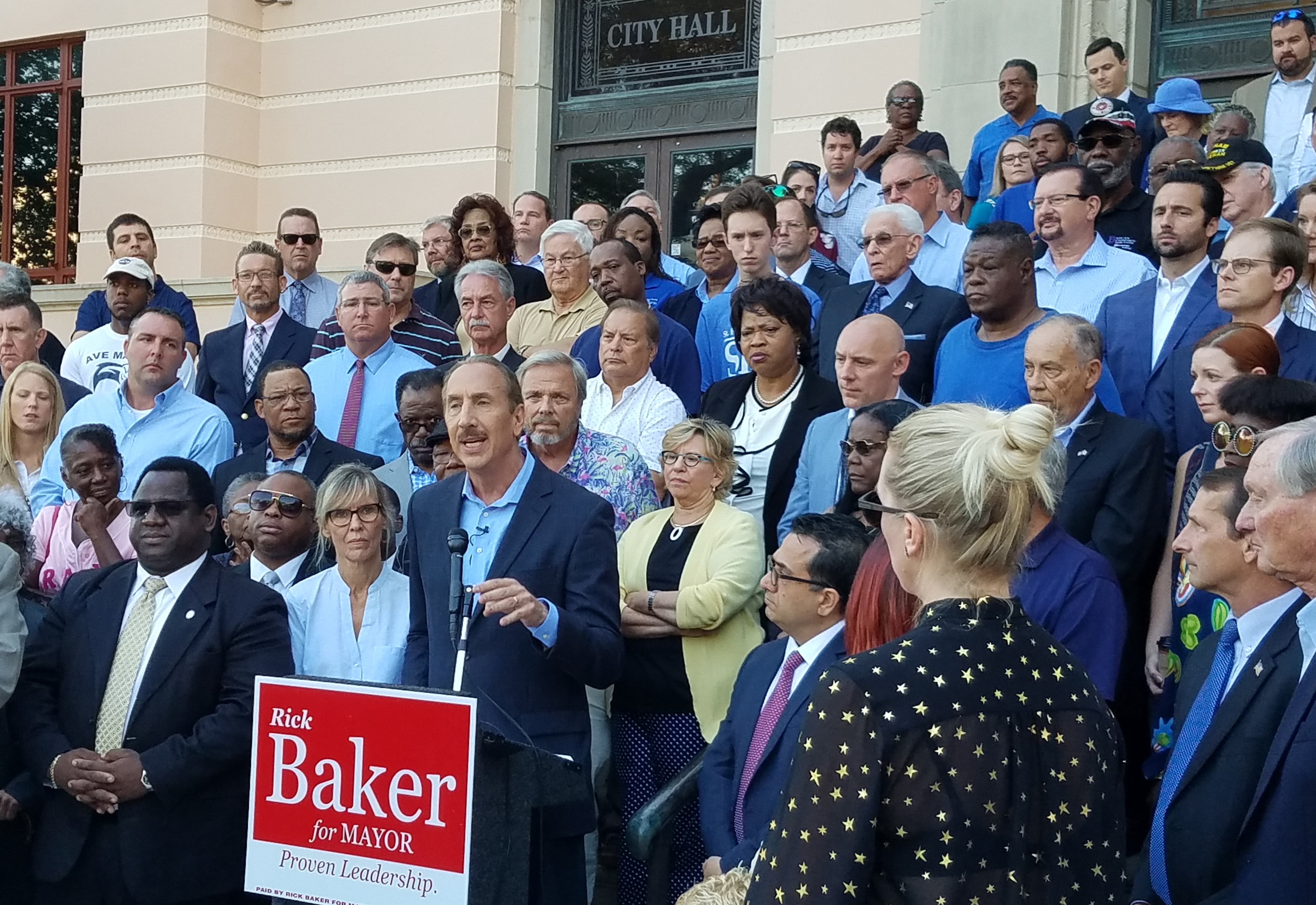 Former St. Petersburg Mayor Rick Baker is running again; in an announcement in front of more than 100 supporters on the steps of City Hall, Baker took shots at current Mayor Rick Kriseman, including closing a sewage treatment plant and the massive wastewater dumps the past two summers.

Protesters line the streets near the announcement that former St. Petersburg Mayor Rick Baker will run again. By Seán Kinane / WMNF News (9 May 2017).

“So, things have not gone well. And you know, I have to tell ya, I had no intention of coming back to this job again. I really didn’t. But, I love this city and I just can’t stand it any more. I just can’t stand by and watch. Because, you know, I have studied cities for 30 years. I’m a fellow at the Manhattan Institute, so I’ve gotten an opportunity to see what’s going on in the cities and I understand what happened to some of the great cities in the northeast and the west. And I understand that when a city’s on the rise, it can turn into decline and you can sometimes wonder ‘How did it happen?’ Well, I can tell you how it happens. It happens by putting people who are not competent in positions to run the government. And it happens while you spend more and more and more and more money and you start taking that money from the taxpayer foolishly and the renaissance is not guaranteed to continue.

“So, I have decided, with my friends around me, to announce that I am running to be the next Mayor of the City of St. Petersburg.” [applause]

Baker slammed current mayor Rick Kriseman for relying on surrogates rather than leading in the community. Baker said that during his two terms last decade things were going well in St. Pete. 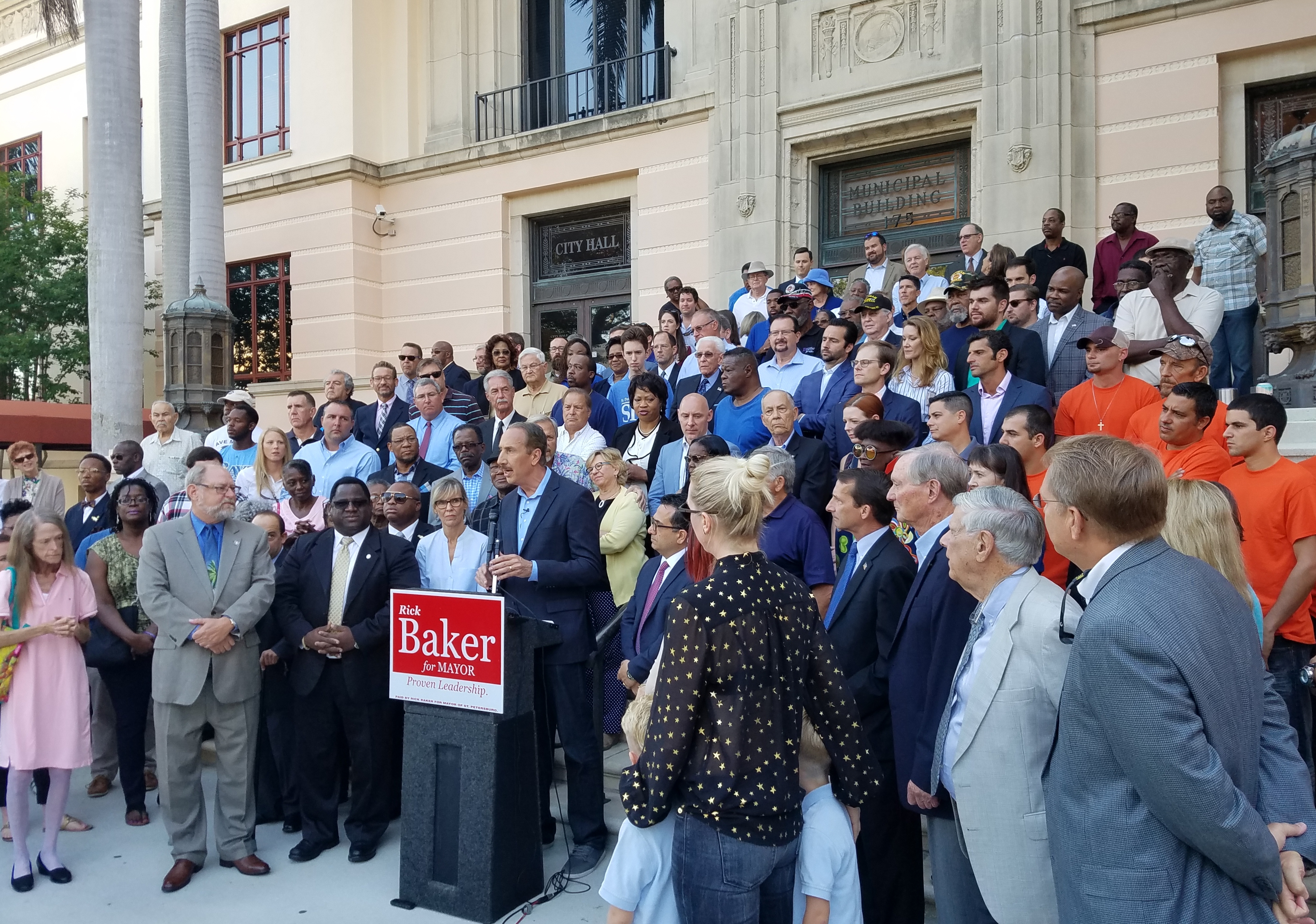 “And so, St. Petersburg was on a trajectory, right? It was on a trajectory– we even weathered– Mayor Foster had to weather some hard years in the national economy, right? But, we were still moving up. As he was leaving office, in the great recession, we had buildings going up downtown, at the time, because we weathered the storm. Because, when we needed to, when we had good times, we lowered tax rates and we quadrupled our emergency reserves and we put the money away and then we had prudent leadership to get us through the tough times, right?

Baker said if he is elected, he’ll focus on things like schools, arts, infrastructure and rejuvenating Midtown.