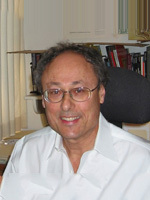 In 1543, Nicolaus Copernicus publicly defended his hypothesis that the earth is a planet revolving together with five other planets around a stationary sun. Historians often describe Copernicus’s proposal as the beginning of the Scientific Revolution. But why did Copernicus make this bold proposal? And why did it matter?

Today on Radioactivity, Rob Lorei speaks with Historian Robert Westman, professor of History and Science Studies at the University of California, San Diego about this topic. He specializes in the cultural history of early modern science, especially the Copernican question and occult philosophies of nature.