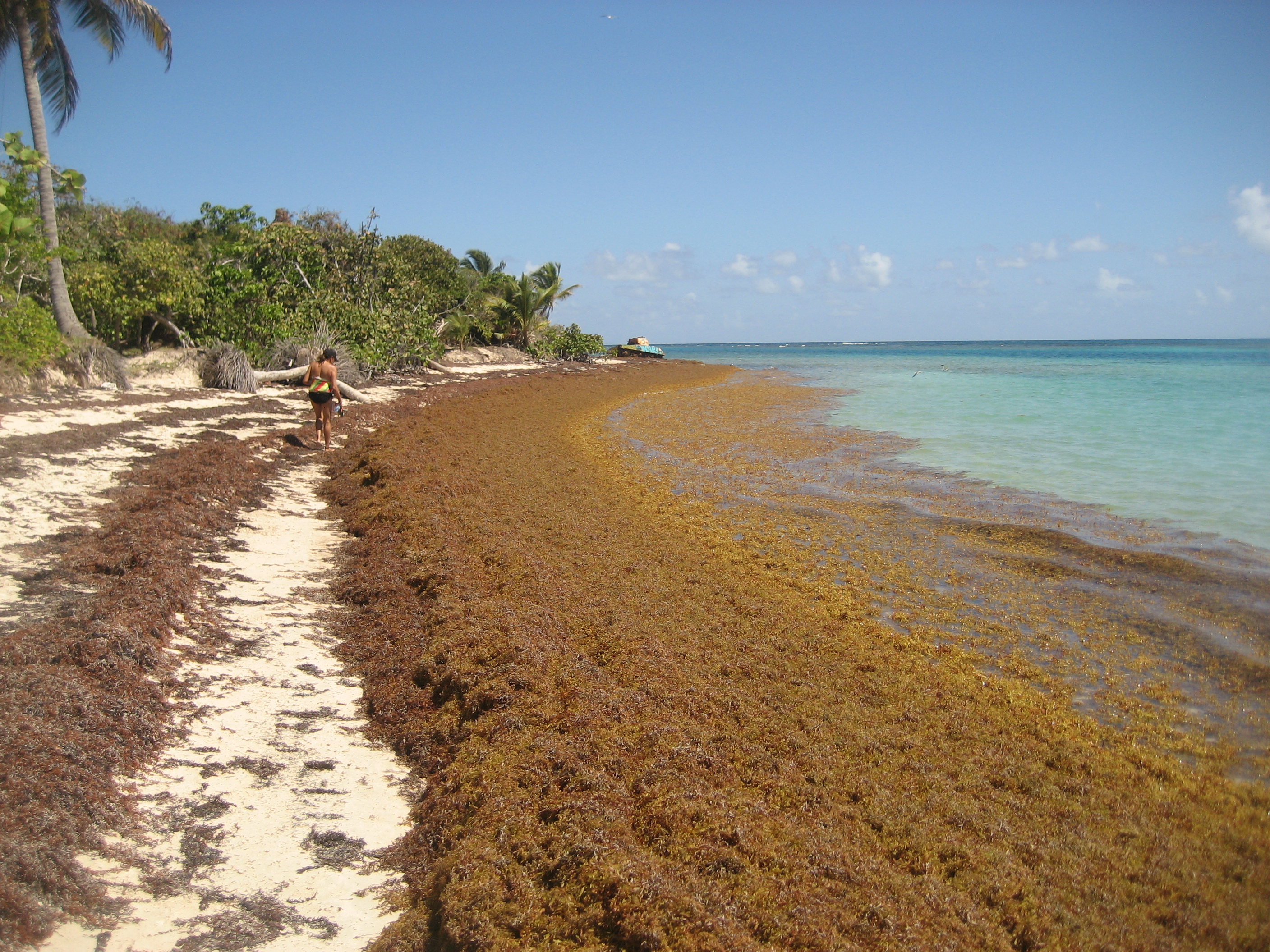 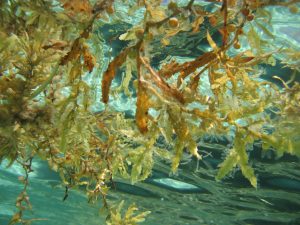 Sargassum floating at Playa Flamenco in Puerto Rico in 2015. By Seán Kinane.

Recently, University of South Florida researchers published their findings that the largest algae bloom ever seen peaked last summer in the Atlantic Ocean and Caribbean; the floating seaweed Sargassum formed a belt stretching more than 5,000 miles from nearly the coast of Africa to the Gulf of Mexico.

So, how will Hurricane Dorian affect the Sargassum algae bloom?

“In the past we have analyzed very limited data and found that when the hurricane comes through the Sargassum major features can be disturbed. But … the major Sargassum features can re-form again. But those are just based on very limited observations. So we don’t know for sure. But it’s possible the hurricanes can disturb the features (of large Sargassum blooms) a little bit. But there’s also a possibility that they can reform later on. 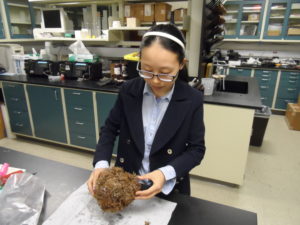 SK: Because there’s nutrients in the deep ocean water and that might get stirred up by the hurricane. And that might actually help to expand the Sargassum belt?

“Yeah, that’s true. Some of the nutrients may be utilized by the Sargassum eventually.”

SK: So maybe the best thing to say is that you’ll be studying it, but we don’t know for sure how Hurricane Dorian or other hurricanes will affect the Great Atlantic Sargassum Belt?

“Yeah, that’s true. So, we still have a long way to go to understand that.”

WMNF also asked her how the massive number of wildfires in the Amazon Rain Forest could impact the giant Sargassum bloom.