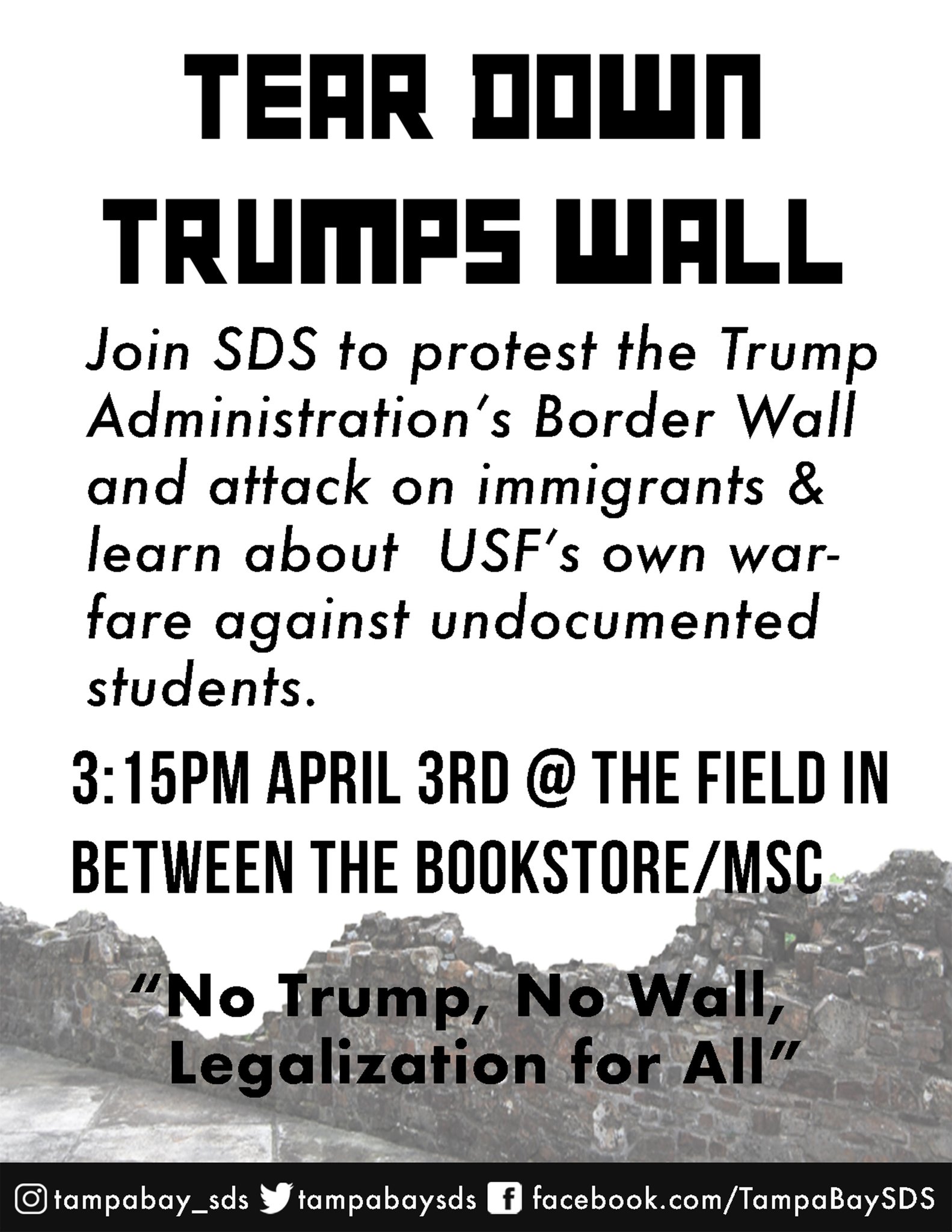 President Donald Trump has backed off his threats to close the U.S.-Mexico border; but he’s still going full steam ahead on plans for a massive wall along the border. There’s a protest against that wall this afternoon on the University of South Florida Tampa campus.

WMNF interviewed David Jones, a first year student at USF majoring in Chemistry and a member of Tampa Bay SDS. That’s the group organizing the demonstration against Trump’s wall Wednesday in front of the Marshall Student Center.

“We’re having a ‘mock wall’ event. Throughout the day we’ll be out with a mock wall that we have created to symbolize the oppression and hate that is coming with the wall that President Trump is currently pushing for.

“Eventually we will tear that wall down to symbolize the American people’s not wanting the wall. And not standing for the hate that the wall represents.”

Recently Congress, essentially, said to the president, ‘we don’t think that there should be an emergency declaration to fund the wall.’ But then President Trump vetoed that. So it looks like the wall will be funded with emergency funds. Some of it coming from the military, etc. Is that one of the reasons why you say that the American people don’t want a wall like this?

“Yeah. I feel like, consistently, the average American doesn’t see a need for it. In addition to the racist and xenophobic messages that the people who support the wall have, I feel like as whole that’s not what people stand for.”

In your flyer it says that your group will also be demonstrating against what you say is ‘USF’s warfare against undocumented students.’ What do you mean?

“USF’s campus began to talk about deputizing the campus police department so that they will be in direct agency with federal programs such as ICE and DHS. Meaning that they’ll be obligated to report undocumented students. Essentially setting them up for deportation. That’s not something that’s okay. And we’re hoping to push against that — try and get admin to change their mind on that situation.”