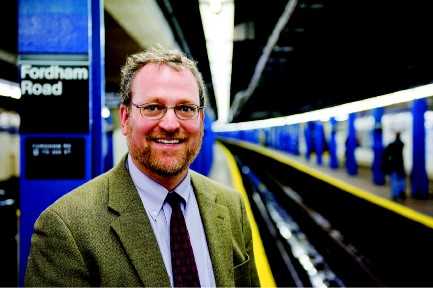 Our guest today says that the writers of the Second Amendment to the Bill of Rights of the US Constitution intended for guns to be regulated. This is WMNF’s Radioactivity. I’m Rob Lorei.

There’s an effort to put an assault weapons ban on the 2020 Florida ballot.
A group called Ban Assault Weapons Now is beginning a petition drive- it’s headed by Gail Schwartz who lost her nephew in the Parkland massacre.
The proposed amendment would prohibit all semiautomatic rifles and shotguns capable of holding more than ten rounds.
If the amendment passes, those who already own assault weapons could keep the guns they already own, but would have to register their firearms with the state within a year of the amendment’s effective date.
The group has already collected more than $400,000 from just over 1,900 supporters. The average contribution: about $145.
Following the Parkland shooting, Democratic lawmakers tried to force a debate on banning assault weapons in the legislature in Tallahassee.
Assault weapons are military style weapons built to fire one shot at a time—but they can be easily modified to shoot rapid fire.

Our guest in this first half hour is Saul Cornell, a leading authority on early American constitutional thought and the Second Amendment. He’ll be giving a talk this Friday night at 8PM at the University of Tampa e titled The Second Amendment: Myths and Realities, begins at 8 p.m.(In the Trustees Board Room on the ninth floor of the Vaughn Center and is free and open to the public.)

Cornell is the Paul and Diane Guenther chair in American history at Fordham University, and the former director of the Second Amendment Research Center at the John Glenn Institute. He is the author of The Other Founders: Anti-Federalism and the Dissenting Tradition in America, which won the 2001 Cox Book Prize, and A Well-Regulated Militia: the Founding Fathers and the Origins of Gun Control in America.

He recently authored an article on Salon about the 2011 Tucson shooting and gun control, as well as an opinion piece for the New York Daily News entitled, “Have guns at home? You should have to tell your child’s school.” Cornell’s work has been widely cited by legal scholars, historians, the U.S. Supreme Court and several state supreme courts.

Text of Second Amendment to the US Constitution: “A well regulated Militia, being necessary to the security of a free State, the right of the people to keep and bear Arms, shall not be infringed.”

Florida has a three-day waiting period for handgun purchases. But anyone without a felony record, domestic abuse conviction, or a handful of other exceptions — such as a commitment to a mental institution — can walk into a gun store, wait a few minutes to clear a background check, and walk out with an AR-15 -style rifle, magazines and ammunition. (Source: https://www.nytimes.com/2018/02/15/us/ar15-mass-shootings-guns.html)