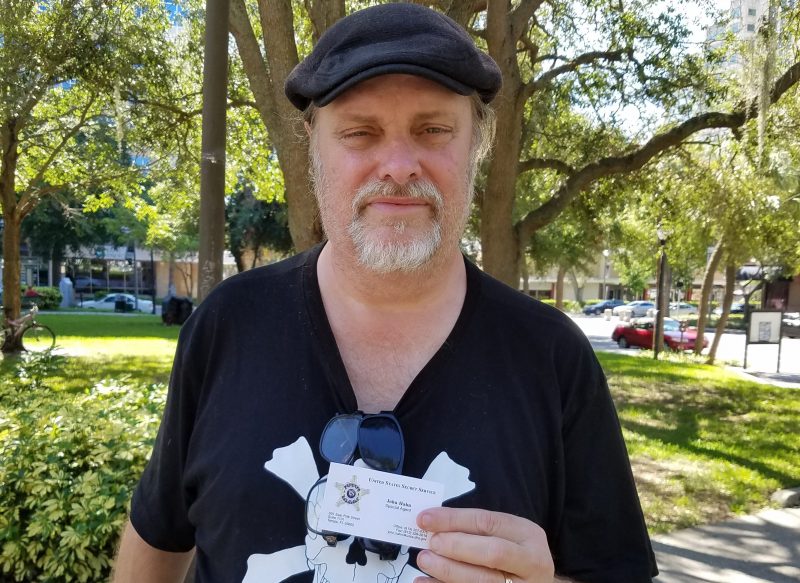 The RNC begins Monday in Ohio and a van full of 10 protesters left Friday from St. Petersburg; but one of them received an unexpected visit from the Secret Service as well local law enforcement the day before. WMNF News interviewed Rev. Bruce Wright, director of the Poor Peoples’ Human Rights Campaign the day he left for the Republican National Convention.

“Well, yesterday my wife and I were visited by the Secret Service and an intelligence officer with the Sheriff’s department. Basically, they had received an anonymous report that people, in our van, were going up there to cause violence. We assured them that wasn’t the case.

“I, in fact, am not only one of the organizers of what’s happening at the RNC and the DNC, but, I’m one of the trainers for non-violence training. So, they actually had called the local police–St. Pete police-who is very familiar with me and basically they verified the fact that I’m committed to non-violence. But, it was pretty intense for a little bit.” 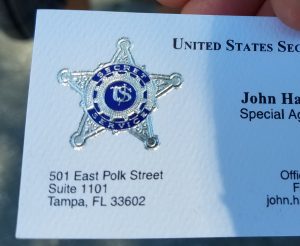 Do you think that they were trying to convince you to not go or to try to intimidate you?

“Yes, absolutely. As a matter of fact, at first they wanted the names of everyone in our van and I told them we weren’t going to do that. They wanted me and my wife to tip them off if anything “violent” was going down. They had thoroughly checked me. This isn’t the first time I’ve been visited by the Secret Service. I was visited when the RNC was in Tampa.”

When the RNC was in Tampa, it was a gun-free zone and so the only people that had legal permission to have guns were the police. It might be a different situation when you go up to Ohio, which is an open-carry situation and there might be anti-Trump protesters there with guns, but, there’s also very likely to be conservative groups there displaying their guns. How does that make you feel, as a protestor?

“Well, we’re obviously concerned. You know, we’ve discussed this–myself and the organizers involved up there–we’re part of the organizers for the anti-poverty march. Naturally, we expressed some real concerns about it, because it isn’t just Trump supporters but, specific groups–Neo-nazi groups, biker groups, some of that’s been reported on. And so, yes we are concerned and we’re trying to find our own ways of heightening and protecting ourselves.”

Those are my only questions. Is there anything else our listeners should know about this?

“It’s very important that everyone know that those who are going up to protest at the RNC and the DNC as well, we’re all committed to non-violence. Civil disobedience, yes, but, non-violence. So, if there’s any acts of violence, it will not be from us. We suspect it would come from either Trump supporters or conservative groups or unfortunately, maybe the police.”