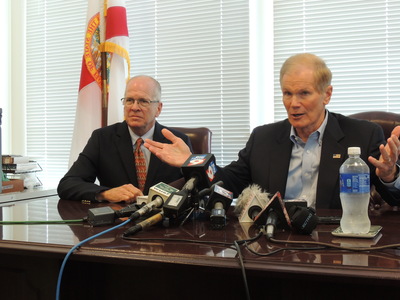 “I describe ISIS as a snake. If the head of the snake is in Syria — which it is — a lot of their organization, a lot of their leadership is there, then we ought to go after the snake where the head is and decapitate the snake. In doing that we’re going to have to go into Syria. Now, I believe that the President has the authority to do this under the Constitution, anyway. But there are some who disagree. So rather than quibble about legalities, I have filed this legislation — there is no pride of authorship. The Senate is obviously going to debate this. I believe that if you’re seeing the polls from today, where 90% of the people of this country are concerned about ISIS and some huge number want us to go on and attack ISIS in other places than where we are attacking now, then I think it is obvious that the United States is going to have to continue this attack on ISIS.”