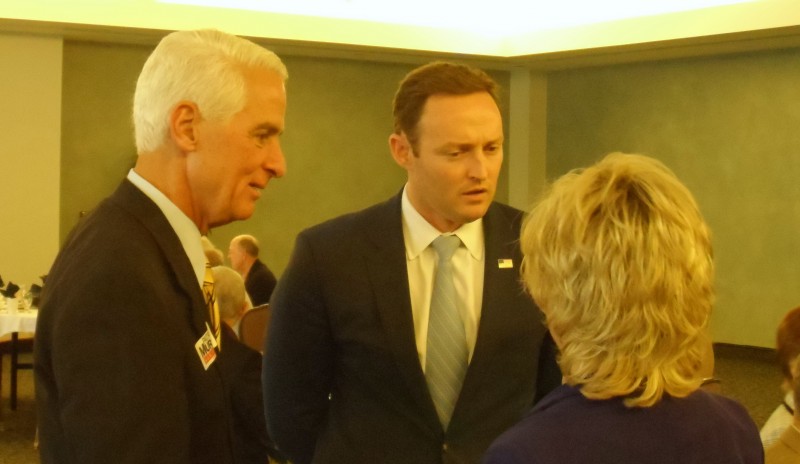 Murphy said one way to reduce income inequality is to make education affordable.

Murphy says he supports a hike in the minimum wage and this week he is living on only $17 dollars a day because he’s taking the minimum wage challenge. He also supports campaign finance reform and a repeal of the Supreme Court’s Citizens United decision. But Murphy was challenged by a reporter on his hardline stance on money in politics because he takes large campaign donations from his father.

Former Governor Charlie Crist was in the audience and wore a Murphy for Senate sticker.

Patrick Murphy will have to defeat several opponents if he hopes to earn the Democratic nomination to the Senate. That seat is being vacated by Marco Rubio, who is running a long-shot campaign for President. In a poll out this week, Murphy trailed Congress member Alan Grayson by 11 points.

The primary election for U.S. Senate is in August.