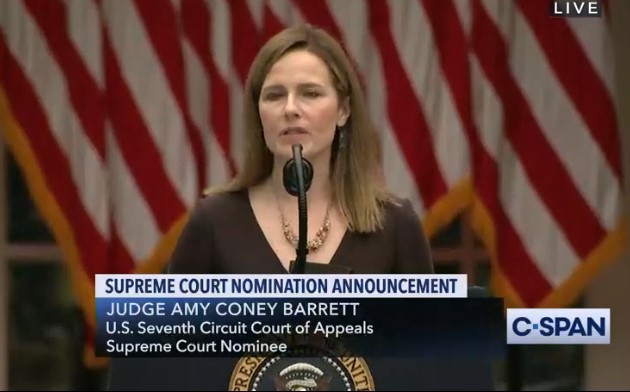 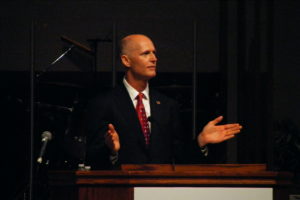 Scott spoke on a conference call with reporters organized by the Trump Victory campaign.

“I applaud President Trump’s nomination of Amy Coney Barrett to serve on the U.S. Supreme Court.

“Last Monday I talked to President Trump about Judge Lagoa from Florida but I told him that he’s got a lot of great options. He put out his list of who he would appoint in an opening. I’m so surprised Joe Biden won’t.

“But anyway Judge Barrett has a distinguished record of service. She respects the separate roles of our three branches of government.

“I appointed 407 judges as governor and I didn’t ask them about issues I asked them do they understand what branch they’re a part of. They weren’t part of the executive or legislative. I wanted to make sure they’re not going to be an activist. And there’s nothing to lead me to believe that Judge Barrett has any interest in being an activities judge.

“I hope the Senate moves quickly to hold a vote to confirm her to the Supreme Court.

“The Democrats and their allies in the media are howling with claims of hypocrisy. But there’s a significant difference between 2016 and 2020.

“So I believe we have a duty and a responsibility to hold hearings and a confirmation vote on President Trump’s nominee.”