Home Blog News and Public Affairs She survived human trafficking, now she brings hope and healing to the streets of Tampa 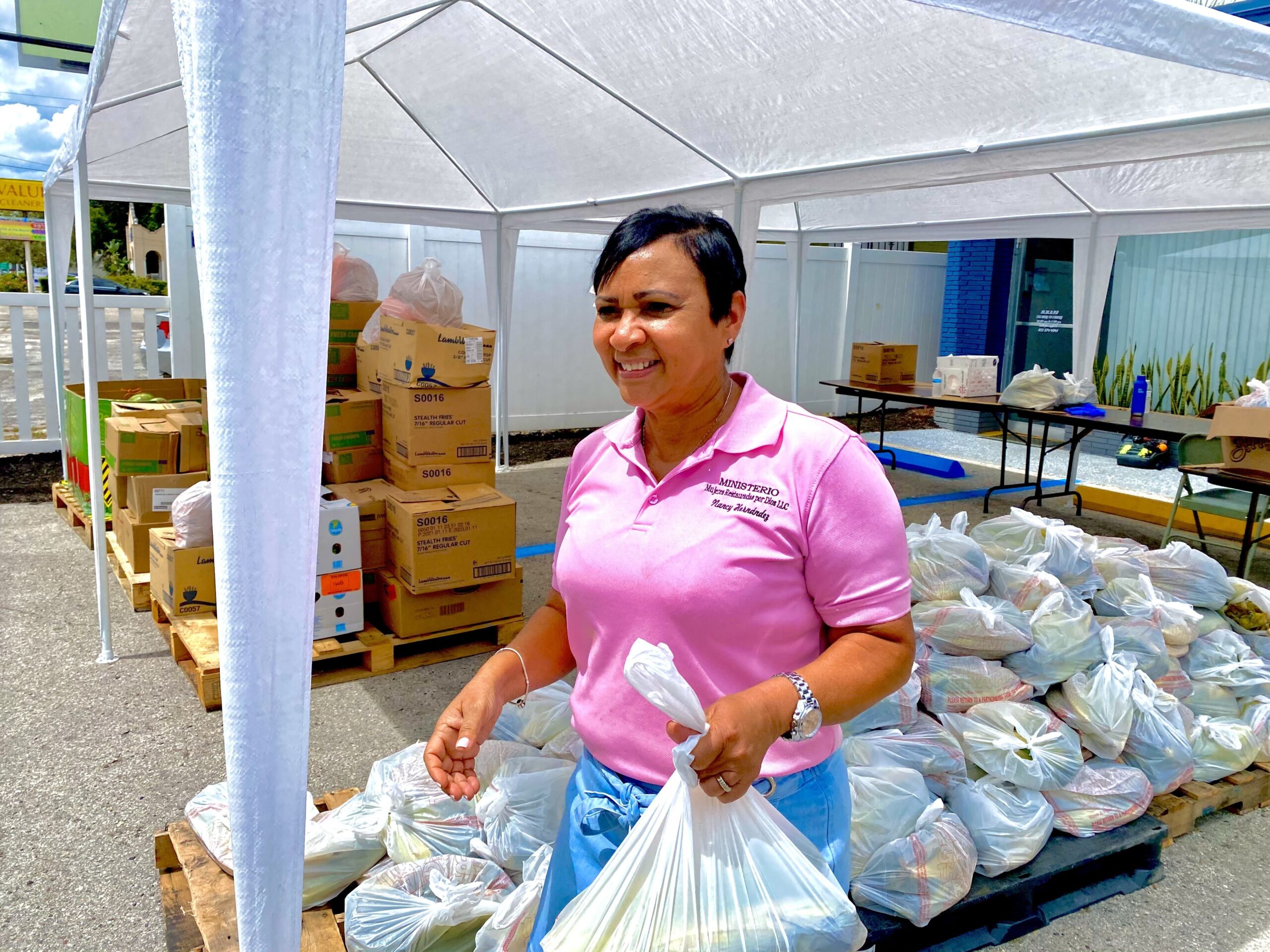 A Tampa woman who survived decades in human trafficking has spent the last 14 years providing food and resources to other survivors while trying to rescue them from the streets. After more than a decade of work, Nancy Hernandez is finally celebrating her organization’s first official location.

The brick-and-mortar location for Ministerio Mujeres Restauradas Por Dios at 4310 Nebraska Ave is the first for the organization. It’s also a long way, but a short distance, from how Hernandez got her start in charity.

“I started in 2007 with a bucket of water and sandwiches here on Nebraska Avenue,” Hernandez said. “I wanted to help the community.”

She first worked in the streets bringing sandwiches, water and clothing to victims of domestic violence and human trafficking. In 2014 her work was recognized by the Tampa Underground Network, a network of micro churches and community organizations that operates out of University Mall. She joined the network and worked out of its mall location until a year ago when she was able to secure the Nebraska office.

The location was ready after six months of renovations, but the pandemic kept an official ceremony from happening. That changed last week when Congressmember Kathy Castor joined Hernandez and others for an official ribbon cutting.

“A pandemic that no one ever envisioned shut down businesses,” Castor said. “It closed schools for a long time. People lost their jobs. But folks like Nancy never let them lose hope.”

It’s a symbolic homecoming for Hernandez. Working on Nebraska Avenue in 2007, she was able to help prostitutes and other trafficking survivors find a way out. She started there, because it was a world she was familiar with.

“I’m a victim of domestic violence,” she said. “Of human trafficking. I was a mule.”

Hernandez is originally from Puerto Rico. While visiting family in New York at 18 she met an older man who promised her the world. Hernandez came from a poor and somewhat dysfunctional family. This man promised her the American Dream.

She listened. She believed in him.

“He sold me a dream. I could be better,” Hernandez said. “They made me get surgery everywhere to be pretty. They sent me to Las Vegas to be a companion woman. A companion for drug dealers, people with money. Then I started putting drugs in my body. I flew to Colombia, to different parts of the world.”

Hernandez first worked as an escort for high-level drug dealers. Then she started muling, smuggling drugs in her body. If she refused, she was abused.

Those were not the dreams she was promised. But she felt she couldn’t get out. The man she met married her, but continued pimping her out, beating her and forcing her to traffic drugs across the world.

It took Hernandez 27 years to escape. She was 45 when her husband died and she was diagnosed with terminal cancer. By the time she found out, the cancer had metastasized to most of her body, a likely byproduct of the years of introducing harsh chemicals into it.

But she found good doctors and devoted her life to God. So she returned to the streets, this time to save others and provide the help she spent years searching for herself.

“That’s why I had the passion to help the community,” Hernandez said. “I promised my daughter, my family and God that I wouldn’t be on that path anymore. That I’ll help women, girls, youth to get out from being victims of domestic violence.”

Her new mission was also how her ministry was named: Women Restored by God.

Hernandez was able to turn handing out water and sandwiches into rent, housing, food and financial assistance. She also added health services and hopes to expand more.

Some of those expansions have already happened. When Hurricane Maria devastated Puerto Rico in 2017 she helped send care packages to her home island and helped displaced Puerto Ricans coming from the island find food, housing and work in Florida.

Throughout the COVID-19 pandemic, Hernandez has kept the work up. She distributes food from the Nebraska office on Wednesday mornings and every Friday takes a truck to migrant communities like those in Wimauma and other East Hillsborough locations to deliver food.

And even though her ministry and mission has grown to help many in Tampa, she still hopes she can save some women and children from the world she spent nearly half her life trying to escape.

If you or anyone you know is affected by domestic violence or human trafficking, Hernandez can be reached by emailing [email protected] or calling (813) 965-4981.