Home Blog News and Public Affairs Skateboarders versus cops: sometimes it gets brutal 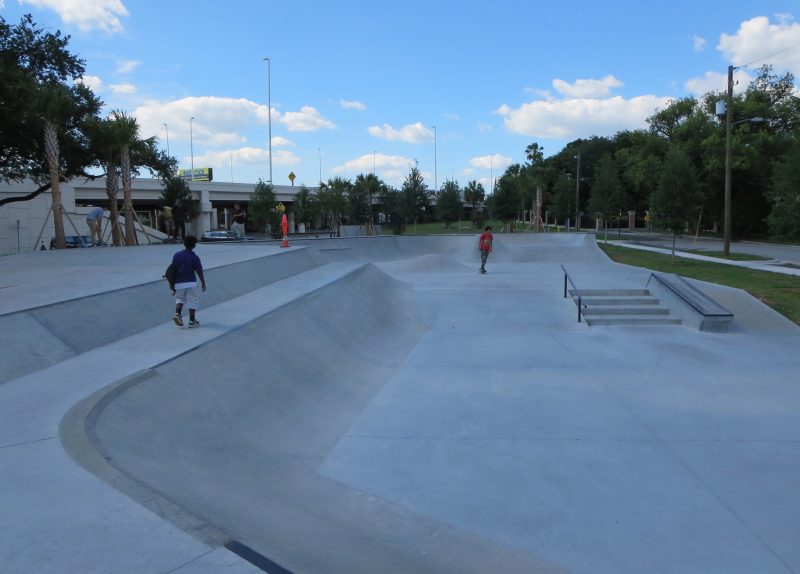 This month a teenage skateboarder was slammed to the ground by Tampa Police, then handcuffed and taken away on charges of resisting arrest. The conduct of police is under review after the video went viral.

The video (see video below) taken by another skater shows a Tampa police officer grabbing the 15-year-old Jay Huber by the collar and throwing him from the sidewalk to the pavement. In the video, Hubert and other skaters can be heard pleading with the police to stop.

“Woah. What? (inaudible)…Stop. Stop. You guys help me. (inaudible). Yo, chill. Yo stop. What are you guys (police officers) doing?”

Initially Tampa Police stood behind the arresting officers. They said it was a simple case of resisting arrest of someone who disobeyed a downtown no-skating ordinance. But Police Department spokesperson Steve Hagerty says the department has changed tack and will investigate.

“As I discussed with you yesterday. I’m not going to be able to go into too many details. It’s under investigation at this point.”

In general skateboarding is frowned upon in downtown streets, but there is a place for them to skate: the new Bro Bowl is in the Encore development near the I-275 overpass. It has a concrete half-pipe, obstacles and a drop down bowl. About 15 skaters and BMX riders rest in the shade between rides. One of the skaters, Nico, who would only give his skate name, said just the other day 6 police on bikes chased some skaters to the park. Then it got weird.

“Some biker kid; I think his name was Sam. He was just minding his own business. And out of nowhere one of the cops on the bikes run up to him. And grabbed his bike; they just took him by the collar and threw him off his bike down the hill. And everybody is like freaking out. They (park visitors) all run up to him and (ask); ‘what’s going on, what’s going on?’ The cop just puts him (biker) in a choke-hold and putting him and handcuffs and stuff.”

Another skater, Jose, who also wouldn’t give his real name, said Nico’s story and the event on the video make him feel uneasy.

“Well, it makes us feel scared, most of all. We’re skaters. We know what just happened in downtown. One of the cops said; ‘yeah, I’m the one who slammed the kid.’ One of the tall cops accused him.”

The cat and mouse game played out between law enforcement and skaters might be inevitable. Skater Tyler Horvath, that is his real name, said forbidden zones are baked into the skating scene.

“This (Bro Bowl Skate Park) is ideal. It’s always better to have this, I would say. But, I mean skateboarding that’s just what it is. It’s going out and finding something to skate. I think kids, especially younger kids, that is like the whole thing about it. It’s go out and find something that’s fun to skate.”

The skateboarder who was thrown to the ground in the video, Jay Huber, declined an interview request.