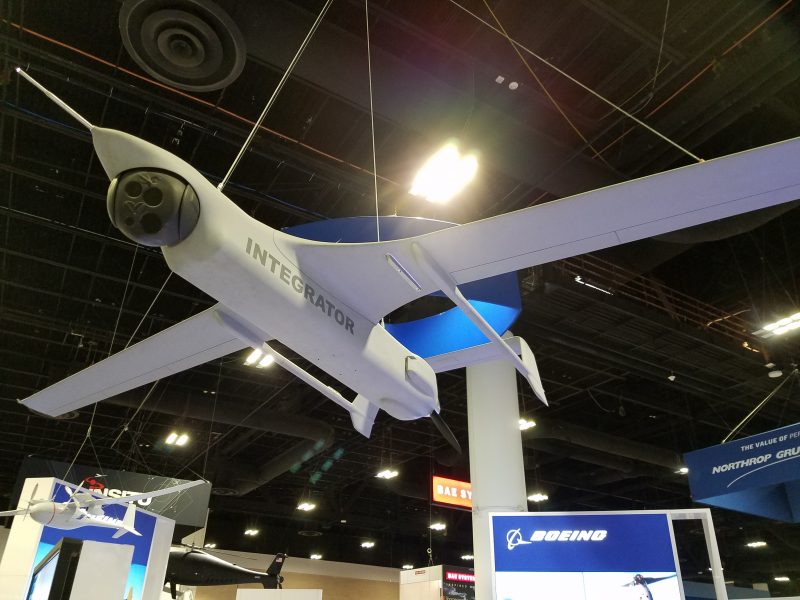 It takes a lot of equipment to perform military special operations and a company could strike it rich by scoring a contract to sell to the Department of Defense; that’s why dozens of them were at the Tampa Convention Center this week for the Special Operations Forces Industry Conference.

Lori VanBrocklin is the director of public relations for ordnance and tactical systems at General Dynamics, a company that sells millions of dollars of equipment to the Pentagon.

“Direct fire, indirect fire, everything from artillery ammunition, tank ammunition to every kind of medium-caliber ammunition. We make just about every kind of gun you can imagine, that the military uses, from fixed wing guns to rifles. You name it, we make it. And then of course our latest project here, is lightweight tactical vehicles.” 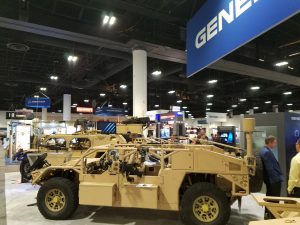 She stood in front of one of those lightweight tactical vehicles, which looks like a HumVee decked out with guns and equipment.

In the crowded convention hall drones hang from the ceiling, guns and ammunition are on nearly every display table and there’s even a “Compact Laser Weapon System” staring at me from Boeing’s floor display.

Thursday on WMNF’s Radioactivity program Bill Hartung, director of the Arms and Security Project at the Center for International Policy, criticized conventions like this and how they contribute to a bloated Pentagon budget.

“People see their old colleagues who have gone through the revolving door. And a lot of the discussion, well, it’s always about more. It’s always about spending more and in some cases how to convince the public that we need to spend more.

“So, it’s kind of like just walking into the military industrial complex in action, in real time. You know, I’ve gone to some of these things and it’s quite amazing when people – before they realize that I’m a critic – they tell me all kinds of interesting things, that they probably shouldn’t.” 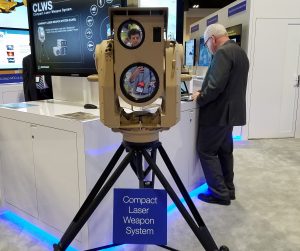 A “Compact Laser Weapon System” at the Special Operations Forces Industry Conference in Tampa. By Seán Kinane / WMNF News (May 2016).

I asked VanBrocklin from General Dynamics about whether by purchasing the kinds of equipment on display the Pentagon is spending too much.

“I can’t really speak for the Pentagon or the U.S. military. But, from our perspective, when you look at this, what we ultimately want to do is be able to put the best product in the hands of the war fighters so that wherever they’re going they have the best tools to be able to meet their mission requirements and get home safely.”

But not all topics were fair game. I had a public relations escort from U.S. Special Operations Command during interviews. She interrupted when I asked about what types of equipment the companies were selling to SOCOM.

“Well, we don’t want to talk about what SOCOM purchases. …”

“I believe that SOF (Special Operations Forces) has a robust and critical role across a complete spectrum of operations. And we must communicate this and prepare our forces to optimize the employment of special operations as a strategic tool for our national decision makers.” 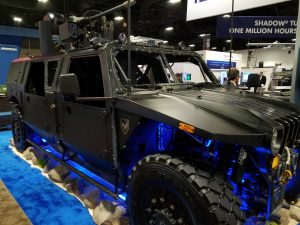 General Thomas spoke during one of the few sessions that was open to the media. The keynote address Thursday morning by retired British Lieutenant General Sir Graeme Lamb was filled with fire and brimstone visions of the future and several words that can’t be played on the radio. Lt. Gen. Lamb suggests that Iran is piggybacking on the chaos unleashed by ISIS in Iraq, Syria and beyond.

“This is going to, quite simply, unravel the world. And in that space, opportunity–opportunity, then presents itself. And if I can see this shit, you can guarantee that (Iranian) General (Qasem) Soleimani and a whole range of others can see it as well. Henry Kissinger isn’t wrong. Things are just unraveling: climate, demographics, poverty, wealth, food, space, power, anger, retribution.

Lamb emphasized data collection and sharing, but he says that plan was partially sabotaged by whistleblowers who exposed government data collection programs. I warned you about his language, right?

“That prick (Edward) Snowden and a few others undid that in a heartbeat. And we now go into, ‘who to trust and who to blame.’”

Lamb suggests that chaos will tend to disfavor democracies and favor autocrats like Russia’s Vladamir Putin.