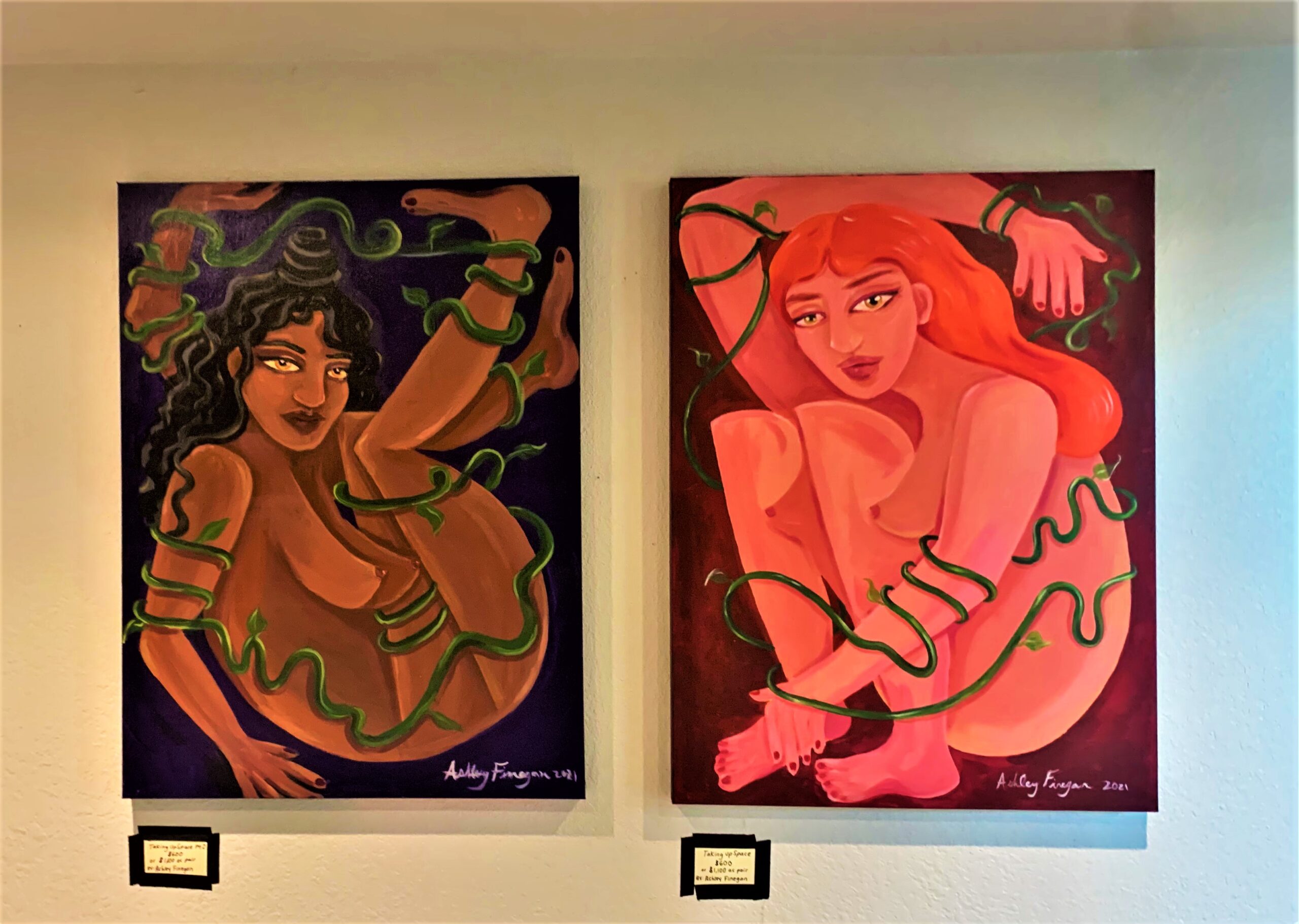 An art show celebrating femininity is coming to St. Petersburg this weekend. More than 50 visual and performance artists plan to use their work to explore the beauty and ambiguity of the female form.

It’s all right there in the name. “We are Feminine.” Three simple words that can carry a lot of power.

Stephanie Agudelo is the show’s curator.

“Seeing all forms of what a female can do like poetry, fire, music. It’s just a beautiful energy to have,” she said. “Seeing all these skill sets all in one space is why I wanted to have this show.”

“We are Feminine” runs from 6:00 -9:30 Friday and Saturday evenings at Coastal Creative in the Grand Central District. Agudelo said the 50-some-odd artists will run the gamut of mediums. There’ll be paintings, photography, sculpture music and poetry performances, and even fire dancing.

Agudelo, who is a photographer herself, has been curating themed shows at Coastal Creative since January. She said her shows, especially this one, are about fostering a community based around art as much as it is about the show itself.

“When I was an artist displaying at art shows, I would feel really awkward being in a corner somewhere and not knowing anyone,” she said. “Trying to introduce artists to other artists and draw from this kind of connection is, for me, the most fulfilling part of this job.”

The show’s exploration of femininity has already doled out some lessons. Agudelo said she’s learned some herself. The show was originally called “We Are Women.” But the name was changed in order to make it more inclusive. To make the idea less about biological sex and more about the idea of feminine energy. Energy, Agudelo said, that can – and should – be embraced by anyone whether they’re cisgender, transgender, non-binary or anywhere in between.

Agudelo said the show is as much about celebrating feminine energy as it is about finding it, exploring it and celebrating it.

“Now that we’re in this era that it’s more acceptable, then yes. I would want to provide a space where it’s welcomed,” she said.

The idea of femininity can mean different things for different people. And for Alex St. Martin, one of the show’s artists, finding that feminine energy has been a journey.

“I grew up with a very, I guess you could consider her masculine. A very masculine energy kind of woman for a mother,” she said. “She’s a heavy equipment operator. So I had a little bit of a hard time embracing that vulnerable, loving and nurturing side of myself.”

But, she said her search has led her to find the beauty and power in the female form. She’s found her own version of feminine energy, which will be on display through her artwork, and hopes others will be able to find their own.

“I get a lot of my feminine energy and inspiration from nature. Just how giving and how comforting it can be for me,” St. Martin said. “Feminine energy to me is all about that loving, nurturing aspect. It could be very different for other people, but that’s what it is for me.”