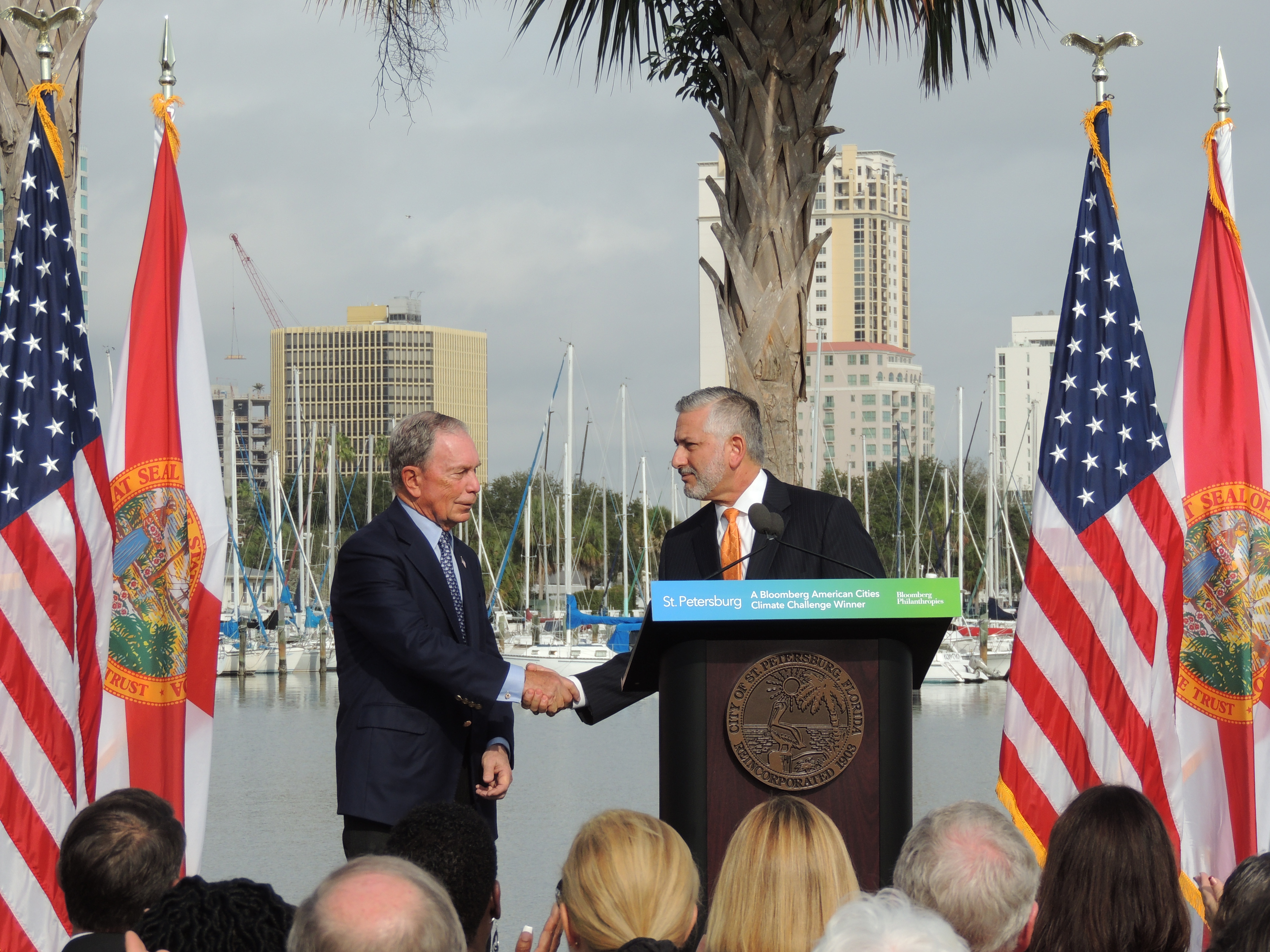 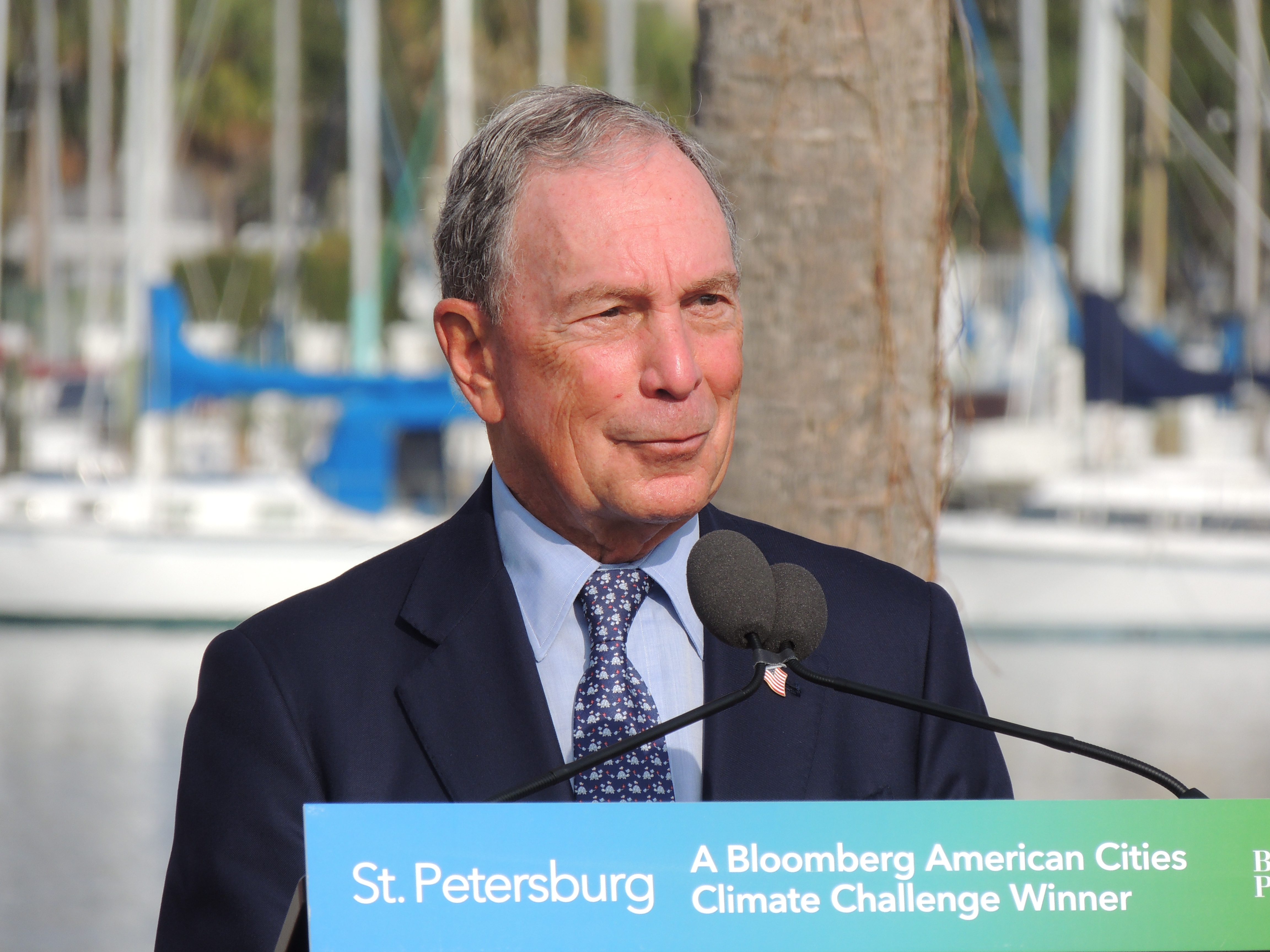 Former New York City Mayor Michael Bloomberg announced at a press conference Thursday morning that St. Petersburg is one of the cities that has won the Bloomberg’s American Cities Climate Challenge. St. Pete will get a full-time staff person and other resources worth $2.5 million from Bloomberg Philanthropies to help tackle greenhouse gas emissions, especially from transportation and buildings. 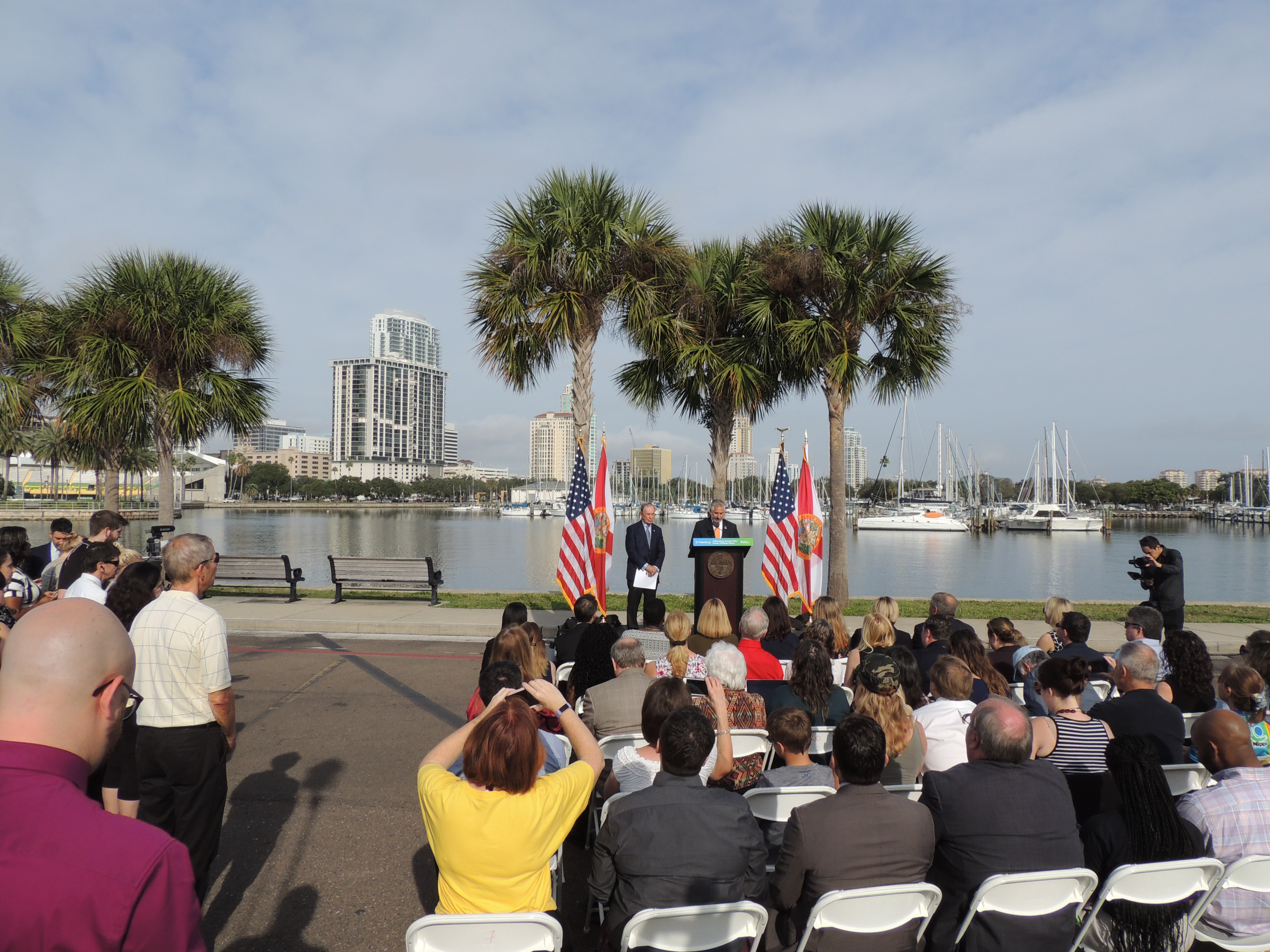 In Albert Whitted Park on the downtown waterfront, Bloomberg said St. Pete was chosen because of its plan to reduce carbon emissions, especially from transportation and buildings.

“I’m here with Mayor [Rick] Kriseman to talk about an urgent challenge facing St. Petersburg and the whole world. And that is climate change. Mayors really can’t ignore the risks that we face from climate change because their constituents are already feeling the effects. And they really do expect City Hall to take some action.

“When someone’s child is suffering from asthma because of dirty air or when their house floods because of a hurricane, they don’t call their member of Congress — they call their mayor. Mayors really do understand that cutting carbon emissions is good for their cities. It makes them better places to live and work.

“Think about it: energy efficiency saves taxpayers money. Mass transit and bicycle lanes help people get around. Parks make cities more attractive places to live and to work and to raise kids. Reducing traffic improves economic productivity. And all of these steps clean the air, which helps people live longer and healthier lives.And they help cities attract new residents and new businesses and create more jobs.

“Mayor Kriseman has seen this in St. Petersburg where the economy is strong and the environment is greener than it has been in decades.”

Will Michael Bloomberg run for President in 2020? 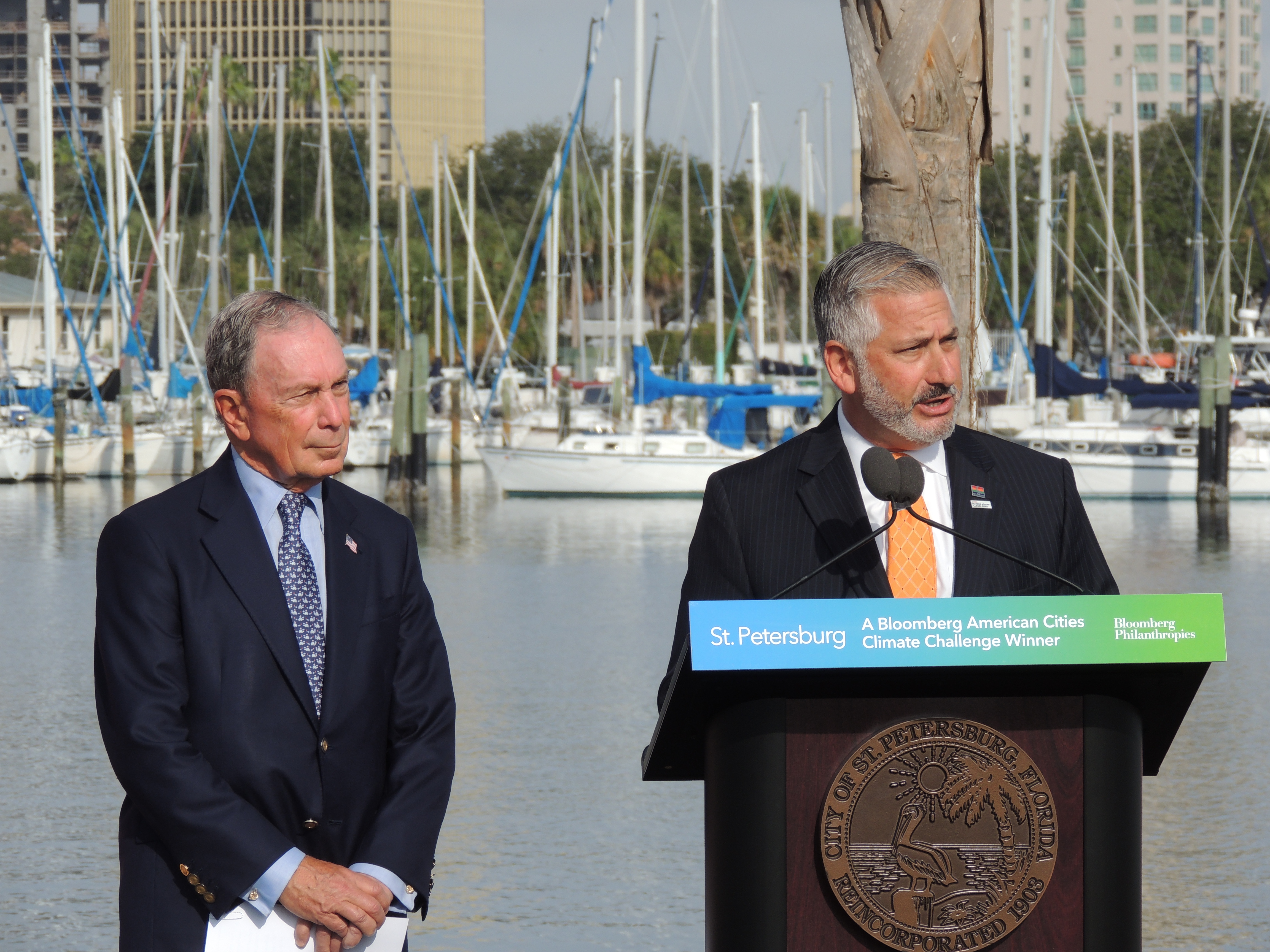 Bloomberg was a Republican but recently registered as a Democrat. Many think that Bloomberg will run for President next year, but he said Thursday that he has not made up his mind.

A reporter asked St. Pete Mayor Rick Kriseman and Bloomberg whether they support Congress member Charlie Crist’s bill to place a fee on carbon emissions and return a refund to all Americans.

Kriseman said he hadn’t read it yet. Bloomberg said it depends on the specifics of the “fee and dividend” proposal.

St. Petersburg is the twentieth city to win Bloomberg’s American Cities Climate Challenge, and the first in Florida. Bloomberg announced Thursday that the number of winning cities will expand from 20 to 25.