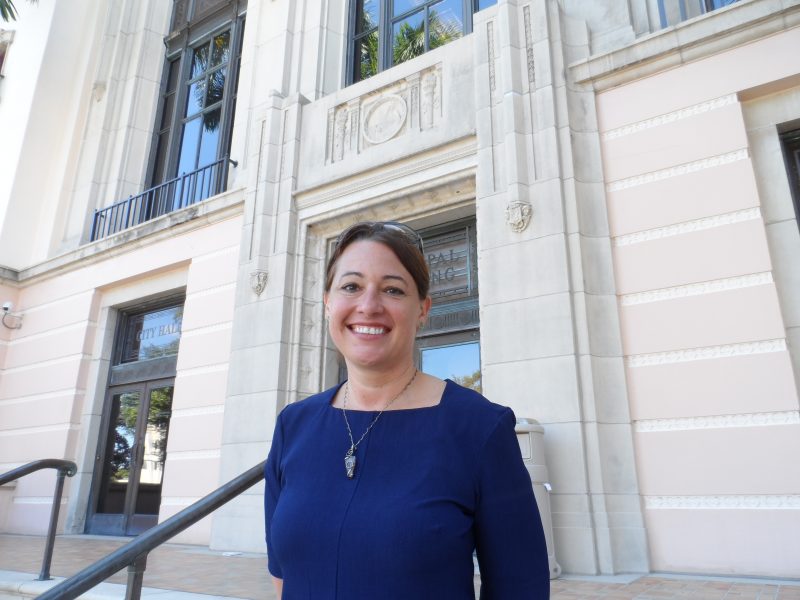 “I’m introducing a new business item to start council discussion on evaluating an ordinance that would abolish Super PAC influence in local elections. Number one, we want corporations that donate to candidates and Super PACs, to disclose that they are not partly foreign-owned and secondly, we want to cap that influence.

“The scenario I’m hoping for is, on one hand I’d love to see St. Pete get a law on the books that protects us from this type of corporate unlimited spending that has been so disconcerting to people on both sides of the aisle, across the country from the federal, to state, to local level. It may be one of these things that as St. Petersburg takes the lead, other communities can join us and it can be part of tugging at that loose thread to unravel the sweater of Citizens United.

“Even democratic presidential candidate Hillary Clinton is showing a lot of the strong support and energy of the Bernie Sanders’ campaign and feels emboldened to take on overturning Citizens United. This is a grass-roots effort that’s really helping to magnify that sentiment.”

And if St. Pete does pass something, it’s likely to be challenged. Maybe people will see it as violating the First Amendment or violating the spirit of the Citizens United ruling. How would that proceed, if it gets challenged?

“There is a likelihood it would be challenged. I am working with some of the best legal minds in the country, who are working on overturning Citizens United.

“It will be a process, Sean, to work with our local attorneys and our local elected officials to figure out how to take those steps forward, when we take them forward. I’m hoping that this will encourage other communities to follow suit. They can’t sue all of us.”

If people want to get involved, what can they do?

“Please send an email of support to [email protected] Share this on social media, on your Facebook page, on Instagram, on Twitter. Get the word out. Let your local elected officials know that this is something that you support, that this is a bold move but, it’s a very important one.

“We know that anything meaningful, that we work on, to address reform of our basic democracy is not easy. It’s a steep mountain and it takes years. But, it’s the most important work that we do. We were elected to look ahead and anticipate these challenges and that’s exactly what I’m doing and what I’m asking my council colleagues to join with me to do.”

Here’s the text of the agenda item:

Respectfully request to refer to a Committee of the Whole a proposed ordinance to 1) require corporations that spend money to influence city elections to certify that they are not foreign-influenced; and 2) limit the amount of money that a wealthy funder can contribute to an outside spending group that makes expenditures to influence city elections.

This ordinance addresses two critical issues impacting the integrity of city elections. First, federal law currently prohibits foreign governments, foreign-based companies, and people who are not U.S. citizens or permanent residents from contributing or spending money in connection with any local, state, or federal election. However, as a result of the US Supreme Court’s Citizens United v. FEC ruling, nothing now stops them from laundering this money through U.S.-based corporations. This ordinance addresses this problem for city elections. Second, super PACs have become vehicles for evading campaign contribution limits in city elections. With no limits on the amounts of money wealthy donors may contribute to super PACs to influence city elections, super PACs present a direct threat of corruption and the appearance of corruption and undermine the promise of political equality for all. This ordinance would end super PAC spending in city elections. Darden Rice, Vice Chair Council Member, District 4