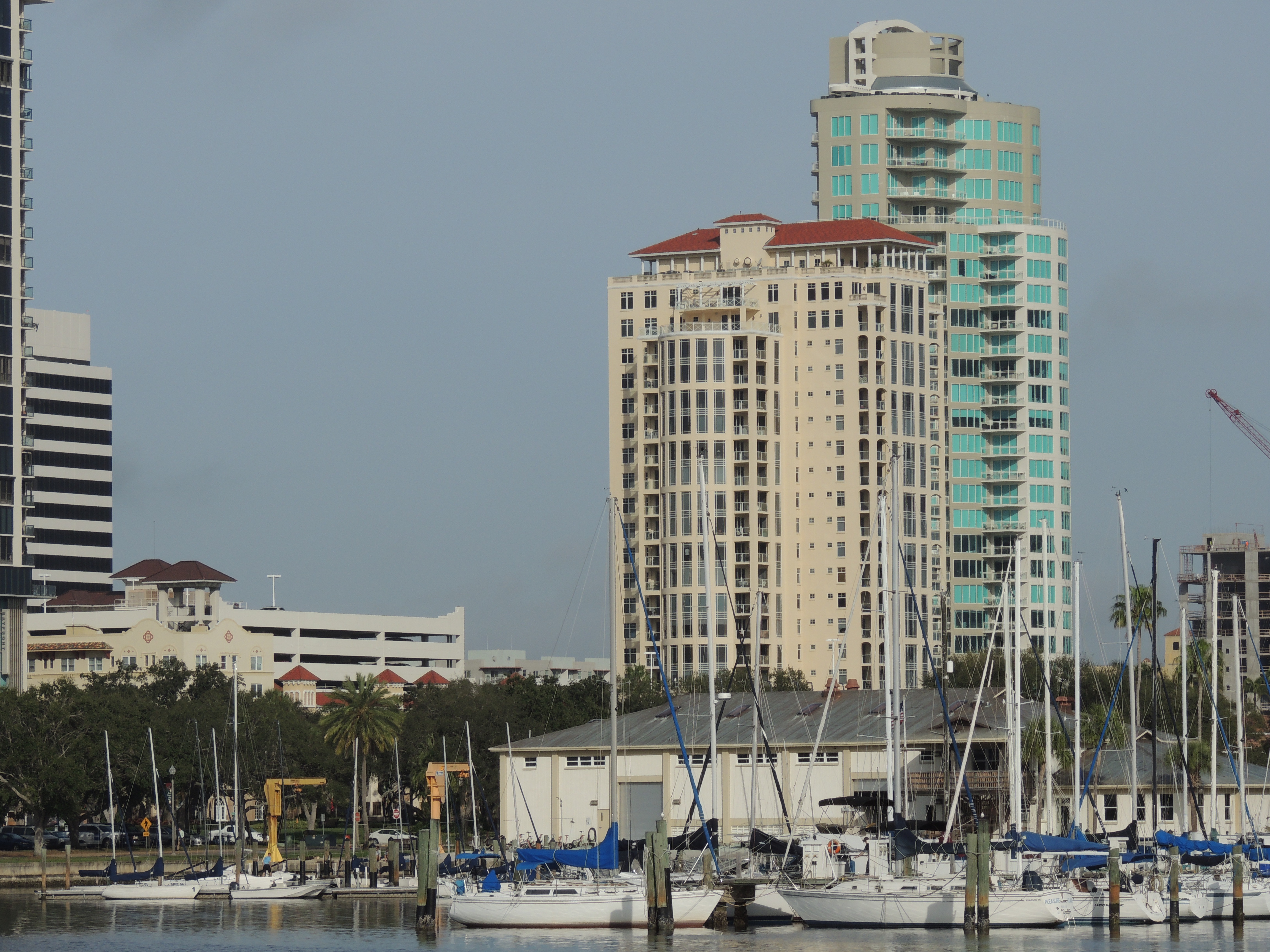 As the Sunshine City continues to seek solutions to its unaffordable housing crisis, city leaders in St. Petersburg are exploring the idea of guaranteeing a right to legal counsel for local tenants facing eviction. This policy, known as a tenants’ right to counsel, has been enacted in multiple cities and several states nationwide, but nowhere in Florida. According to the National Coalition for the Right to Counsel, this could make St. Pete the first city in Florida to enact what’s known as a “right to counsel” policy, if support for the idea advances.

A tenant’s right to counsel policy essentially guarantees that tenants who are facing eviction proceedings have the option of legal representation, to help them navigate the often-complicated process. According to national estimates, only three to 10% of tenants have legal representation during eviction proceedings, compared to over 80% of landlords – who can use that lack of legal counsel to their advantage in expediting the process.

Before the COVID-19 pandemic, 3.6 million evictions occurred across the United States annually. According to the National League of Cities, evictions can jeopardize a person’s physical health, their mental health, ability to secure future housing, as well as risk a loss of child custody, in addition to a stable place to live. While a now-expired eviction moratorium was put in place by the CARES Act early on in the pandemic to help stave off eviction, and consequences to public health, an investigation by ProPublica found that landlords violated that eviction ban in at least four states, including Florida.

Last month, St. Pete City Council Member Richie Floyd requested that the city discuss options for guaranteeing legal counsel as a right for tenants at risk for eviction. “That’s a really powerful thing that can help not only our most vulnerable tenants, but also help our city save funds in the long term because evictions are one of the main sources of homelessness across the country,” said Floyd.

Floyd’s request was unanimously approved by council, with two council members absent. The topic is scheduled to be discussed by members of the city’s Youth and Family Services Subcommittee tomorrow afternoon.

A growing movement for right to counsel

Over the course of the COVID-19 pandemic, a number of cities – and three states – enacted tenants’ right-to-counsel policies. Last year, Connecticut, Maryland, and Washington became the first three states to guarantee the right to counsel on a state-level. Today, thirteen cities – from Los Angeles, to Baltimore, to Louisville, Kentucky – also have some form of this policy.

And while Florida has been somewhat removed from the growing movement for right to counsel so far, local housing advocates say, the need is there. In 2021, Tampa Bay’s rent increased by a record 24%, surpassing all other major metro areas in the nation. St. Petersburg had the third-highest jump in rent costs last year, and a recent study showed nearly half of renters in the Sunshine City are cost-burdened, spending 30% or more of their income on rent.

Millions of dollars in federal relief funds, and city funds, have been earmarked for addressing the city’s housing crisis, and to help tenants stave off eviction. New affordable housing projects, such as the Delmar 745 and Skyway Lofts,  have also been developed, with more in the works. Just today, the Gulf Coast Legal Services launched a new website, in partnership with a group of legal aid providers, that’s intended to help guide local renters through the process of drafting their own legal responses to eviction complaints.

Local housing activists, and some legal advocacy groups say, rent relief by itself isn’t enough to address the immediate risk of eviction for those behind on payment, nor the power imbalance that exists between landlords and tenants, who are far less likely to have access to a lawyer.

“Renters’ rights groups, tenant organizing groups have arisen all over the country because of the need, because of the conditions,” Susanna Blankley, coalition coordinator for the Right to Counsel NYC Coalition, told The Appeal last year. “We have always said that evictions are violent and evictions are unjust—that evictions should not be the solution that we normalize to address the imbalance of what landlords want to charge and what tenants can pay.”

Locally, St. Pete City Council member Richie Floyd told WMNF that difficulty navigating eviction complaints with landlords is an issue that he frequently hears about from locals. “The most heinous things are where, you know, a renter feels like they have done everything right, to be able to stay in their housing situation, but they’re getting forced out by their landlord.”

Although tenants do have some legal protections, Floyd said the enforcement of tenants’ rights isn’t guaranteed. It’s difficult to expand the laws we have in Florida, he said, but argued it’s “perfectly within the purview of the city” to enact a policy that would guarantee tenants the right to legal aid both before, and to stave off an eviction complaint.

“Giving tenants the ability to consult with a lawyer when they have any issue, any dispute with their landlord, when they are struggling to pay their rent, when their landlord’s not responsive to them – being able for them to contact a lawyer is going to go a long way in making sure that we’re actually using the laws that we have on the books effectively,” said Floyd.

While deep-pocketed real estate industry groups like the National Apartment Association and National Association of Realtors have voiced opposition to measures such as rent control, eviction moratoria, and – in the case of the NAA – a guaranteed right to counsel for tenants, Floyd said he believes this type of policy is more likely to garner support from his colleagues on council, in part because it could benefit tenants, but also be favorable for landlords who would prefer to mediate tenant disputes with a lawyer, rather than jump on the opportunity to unhouse tenants.

“Mediation is a much quicker and more effective way to settle landlord-tenant disputes than eviction court is. And so landlords may be in favor of making sure mediation happens and [that] tenants know what they’re getting into,” he said.

The St. Pete Tenants Union, which has helped local renters obtain legal assistance and fight unlawful eviction complaints, told WMNF that they have seen over 8,800 evictions filed in Pinellas County since the start of the COVID-19 pandemic. Moreover, they say that figure “doesn’t include landlords coercing tenants to leave their homes.”

“The pandemic relief programs like the Emergency Rental Assistance Program are quickly being used up and coming to an end. Additionally, we have no eviction moratorium or rent control in place, plummeting many workers in St. Petersburg even deeper into poverty,” the tenants union wrote in a statement. “With virtually no protections in place, landlords have nearly unlimited power.The St. Petersburg City Council has the authority to begin to shift that power imbalance to empower and protect tenants.”

Studies have consistently shown positive outcomes in areas where legal representation for tenants is either more common, or guaranteed through policy. A study out of New York City showed 86% of tenants who received representation through NYC’s right to counsel policy were able to remain housed, and eviction filings dropped 30%. A study in California found that tenants with full legal representation were three times more likely to remain in their homes, compared to those with limited or no legal aid. And when tenants were forced to move, those with legal counsel had twice as long to do so.

In a letter, Floyd wrote to his colleagues on the Youth and Family Services Committee, “Studies have shown the results [of right-to-counsel], which include drastic reductions in the number of tenants having to involuntarily leave their homes, reduced strain on city budgets, and more.”

And while a right to counsel for eviction proceedings is a priority, Floyd said that’s not all he hopes to accomplish with his proposal. “[A] key goal is to create a pathway for legal mediation before an eviction is filed and placed on someone’s record,” his letter reads.

Attorney John Pollock, who serves as coordinator for the National Coalition for a Civil Right to Legal Counsel, told WMNF that no city in Florida has yet enacted a policy that guarantees a tenants’ right to legal counsel, despite efforts by advocates in Lake Worth – where a legal aid program was recently expanded – and Miami.

St. Petersburg could be the first.

What’s next for St. Pete

From there, Floyd said he hopes to see that suggestion turn into policy – and be expanded to include mediation not only for eviction cases, but to help folks before they reach that point.