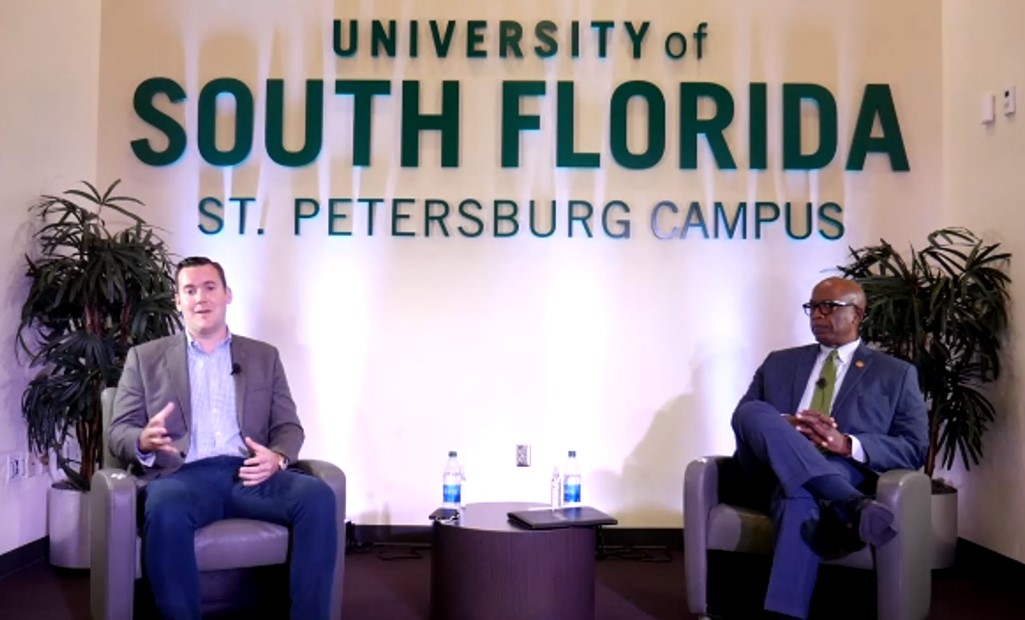 The St. Petersburg election for Mayor and for City Council seats is four weeks away: Tuesday, November 2nd.

Tens of thousands of mail ballots have already been sent out.

WMNF will focus on the city council races later this month. But Tuesday morning, we spent the hour hearing from the two candidates for St. Pete mayor: Robert Blackmon and Ken Welch.

It was moderated by Judithanne Scourfield McLauchlan, a professor of political science and director of the Center for Civic Engagement at USF’s St. Petersburg campus.

The deadline to register to vote in the St. Pete election has already passed. But you can find out more information at votepinellas.com.