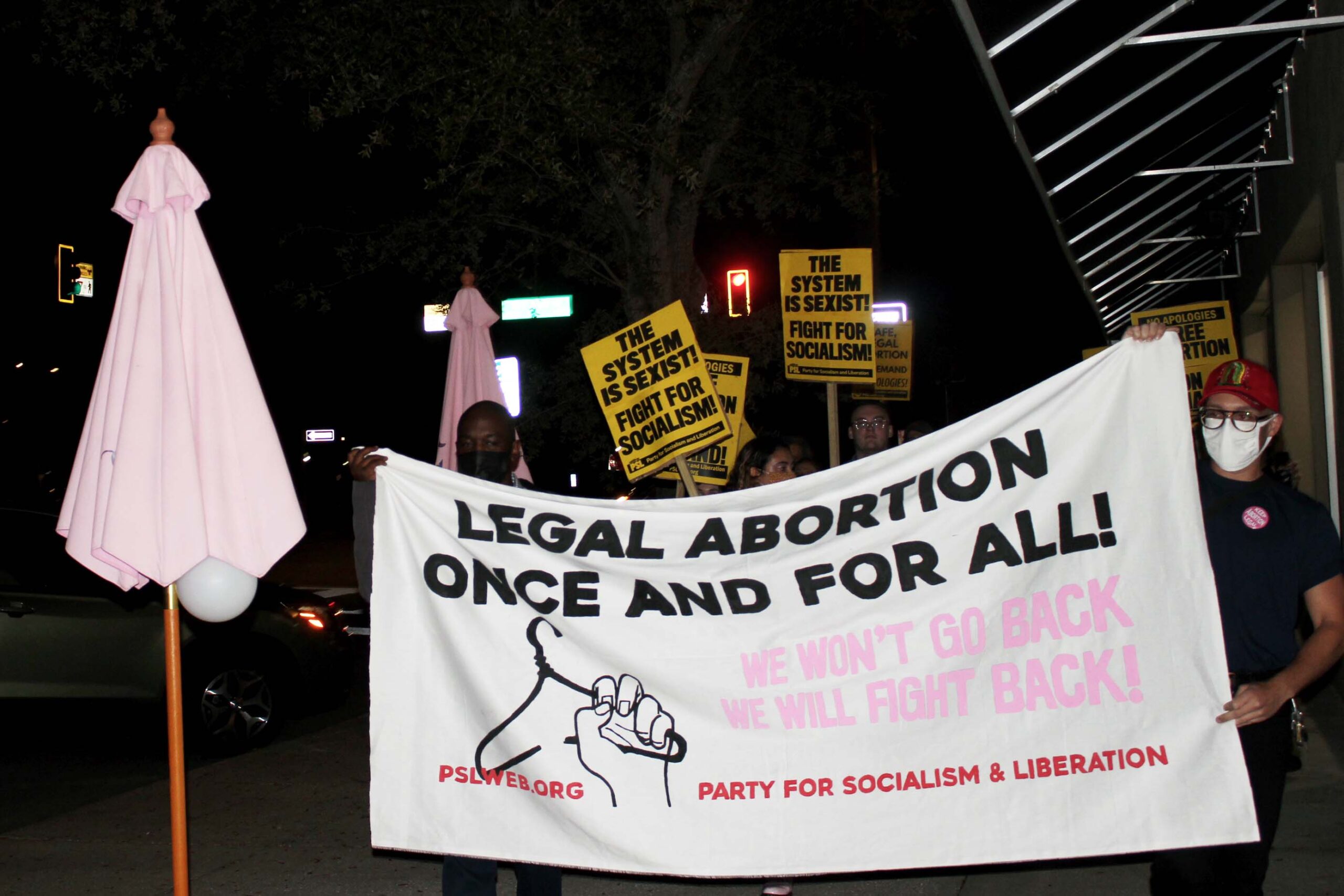 Wednesday, the U.S. Supreme Court heard oral arguments in the Mississippi case, Dobbs v. Jackson Women’s Health Organization. The case could ban nearly abortions after 15 weeks, well before viability, rolling back the 1973 Roe. V. Wade decision. Wednesady night in St. Pete, about 30-40 protestors gathered in St. Pete to show support for women’s rights and the upholding of Roe v. Wade. The march was organized by the local Party for Socialism and Liberation, and Progress Florida. Amy Weintraub, of Progress Florida, says Floridians need to pay attention to this case, as it has far reaching implications for women in the sunshine state.

“The posturing that’s going on among the anti abortion legislators in Tallahassee,” Weintraub says. “I think that if the Mississippi abortion ban is allowed to stand, we’ll see something very, very similar here in Florida, if not worse.”

A bill has already been introduced to the Florida state legislature, which would ban all abortions after just six weeks. That legislation follows the strict abortion laws already passed in Texas. Cambria Weaver, a local reproductive rights activist, told WMNF that’s why she’s marching.

“These bans, they’re draconian and people think it’s just about Mississippi and it’s just about Texas, but it’s not. Now it’s about Florida,” Weave said. “And we know that if Roe was gutted or overturned completely, we will see over half the US states completely outlaw abortion essentially.”

Healthcare for Women In the Balance

Elizabeth Baker, regional organizer for Planned Parenthood in southwest and central Florida, told marchers that a women’s right to healthcare is on the line.

“Today is a scary day,” Baker said. “The Supreme Court is hearing a case that directly challenges every person’s right to autonomy over their body.”

Eunic Ortiz is a Democratic candidate for the Florida Senate District 24 seat that office is currently held by Republican Jeff Brandes. Ortiz says women have a human right to abortion.

“A woman choosing what to do with her body with the guidance of her doctor is not a criminal act,” Ortiz said. “How dare they say it is.”

Ortiz followed up by speaking about how this court case makes it obvious that better leadership is needed among democrats.

“We keep mentioning we have the House, the Senate and the presidency,” Ortiz said. “And there is a democratic Twitter account today that said, this is why we vote for Democrats so we can say abortion and it’s like we did. We actually voted for a majority last year. But we need to now make sure we vote for the right majority.”

Many of those in attendance are headed for Tallahassee in January to urge state legislators to stand up for women’s reproductive health.

Listen to this WMNF story from December 2: