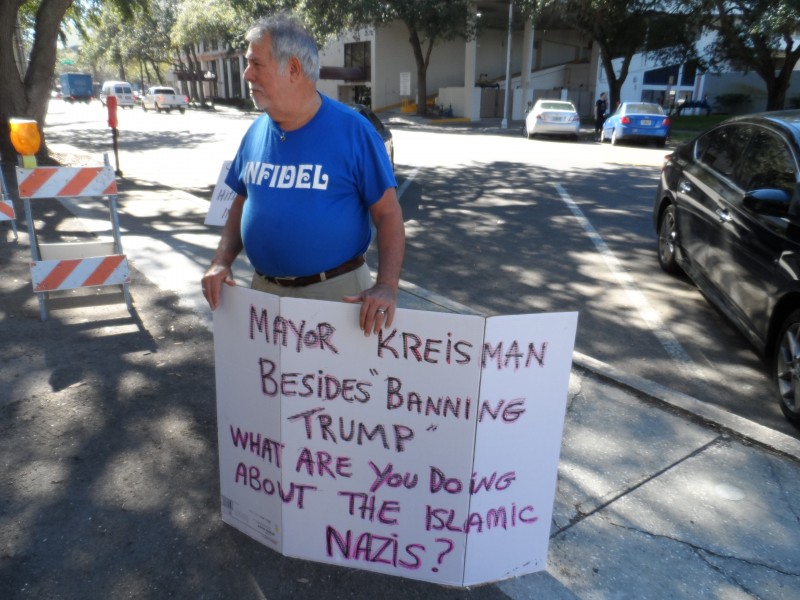 This week St. Petersburg Mayor Rick Kriseman made headines by firing back on social media against Republican presidential front-runner Donald Trump. Trump said the U.S. should stop letting Muslims into the country, to which Kriseman responded on Twitter that Trump should be barred from St. Petersburg.

I am hereby barring Donald Trump from entering St. Petersburg until we fully understand the dangerous threat posed by all Trumps.

Kunst says Kriseman is not welcome at his rally for Israel and victims of attacks by Muslims. It begins at 11:00 a.m. Sunday in Sarasota near the giant waterfront statue of the kissing soldier.