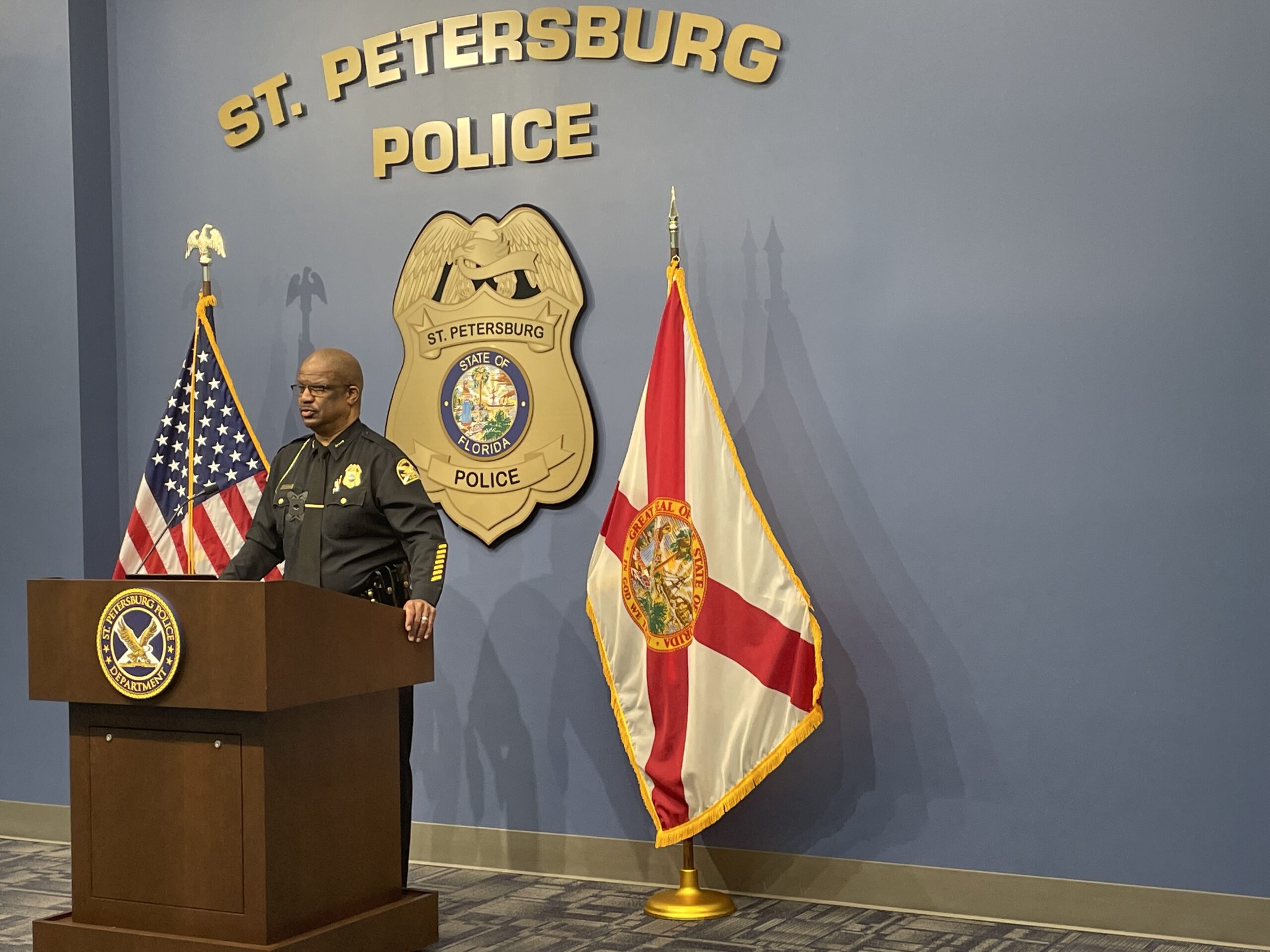 On June 20th last year, Officer Matthew Cavinder responded to a call at the Chevron gas station at 4890 22nd Ave. S. The owner of the gas station wanted Timothy Grant, a Black man in his 60s, off the property. Grant, who was in a wheelchair at the time, had five active warrants for failure to appear. That’s when Cavinder, a white officer, went to arrest Grant. St. Petersburg Police Chief Anthony Holloway spoke to reporters today about what happened next.

Drive-stunning is when the Taser is used without prongs and is pushed up against the body eliciting an electrical shock. Holloway demonstrated that drive-stunning a person is a deliberate action that Cavinder repeated not once, but four times.

“So I’m going to take this and I’m going to put it up against your body and then I’m going to activate it,” Holloway said. “That’s what you saw. He did that, so you see the motion that I’m doing? He did that four times because you got to recycle it. So you have to turn it on, turn it off, turn it back on. And each time that’s what he was doing to Mr. Grant.”

In Cavinder’s report, he wrote that Grant had resisted arrest with violence. That’s the charge Grant initially was booked into Pinellas County Jail with. Holloway says that charge was reduced to resisting without violence after reviewing body camera footage.

After Cavinder’s supervisor reviewed the use of force against Grant, including body camera footage, the report went to the Office of Professional Standards for internal investigation. Holloway says they determined that Cavinder’s use of force was improper and terminated the officer.

The officer had been on the force a little over a year and Holloway says he had no prior incidents until last summer. Now, the Florida Department of Law Enforcement’s Criminal Justice Standards and Training Commission will determine whether Cavinder can keep his state certification.

In other Pinellas County law enforcement news, off-duty Clearwater police officer Jason Lampe was arrested today on one count of Domestic Battery, one count of Tampering With a Witness, one count of False Imprisonment, one count of Resisting an Officer Without Violence and one count Assault on a Law Enforcement Officer.