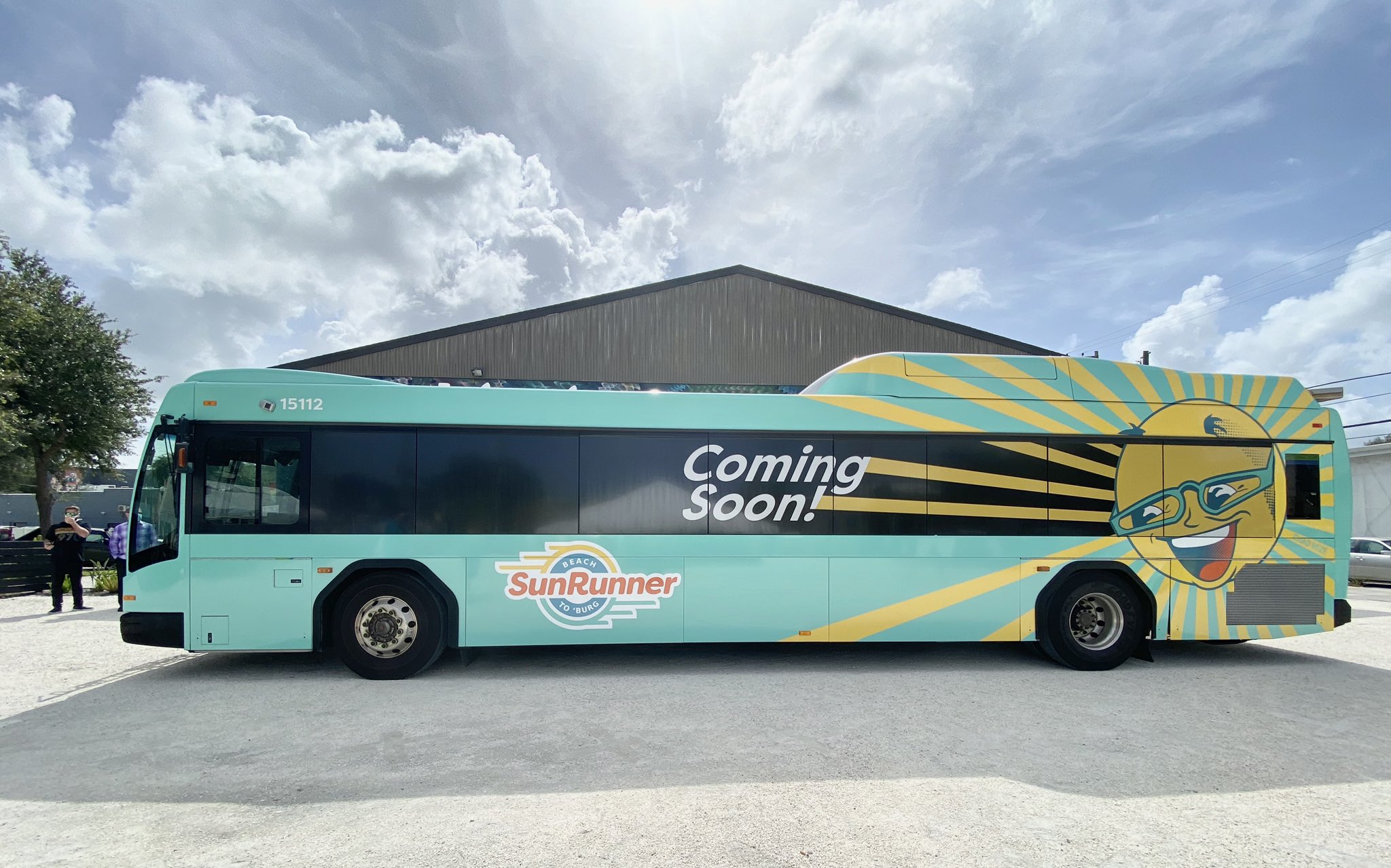 The SunRunner used to be known as the Central Ave BRT because for most of its length it will run along First Avenues South and North.

It had faced opposition from some neighborhoods along that corridor and on the beaches. In May, President Trump announced that about half of the $44 million project would be paid for by a federal grant.

St. Pete Mayor Rick Kriseman said the SunRunner name goes along with the association of Florida, St. Pete and the sun.

“This project is so transformative. Because if we’re going to move forward as a region, when it comes to quality of life, when it comes to economic development, transit is at the heart of that. And having the first-of-its-kind transit here that goes from St. Pete to the beaches and to St. Pete Beach, where so many of our residents work, now we’ll have an easier way of getting back and forth to work. So many visitors who come to this region and come to stay on St. Pete Beach will have an opportunity easily, to not only visit the beach but to visit us in downtown St. Petersburg. That’s jobs. That’s economic development. That’s quality of life and it also gets people out of their cars, which means we’re taking care of our environment.”

Chris Steinocher, the president and CEO of the St. Petersburg Area Chamber of Commerce praised the bus line that’s expected to begin in a little more than a year.

The SunRunner will run from downtown St. Pete west across the city then south along Pasadena Avenue and south again along Gulf Boulevard in St. Pete Beach. It also has a nickname “the Beach to the Burg.” It will run in 15-minute intervals and have 16 stops. It won’t have a fully dedicated lane, but there will be a lane painted red for the SunRunner and traffic that’s turning off First Avenues South and North.