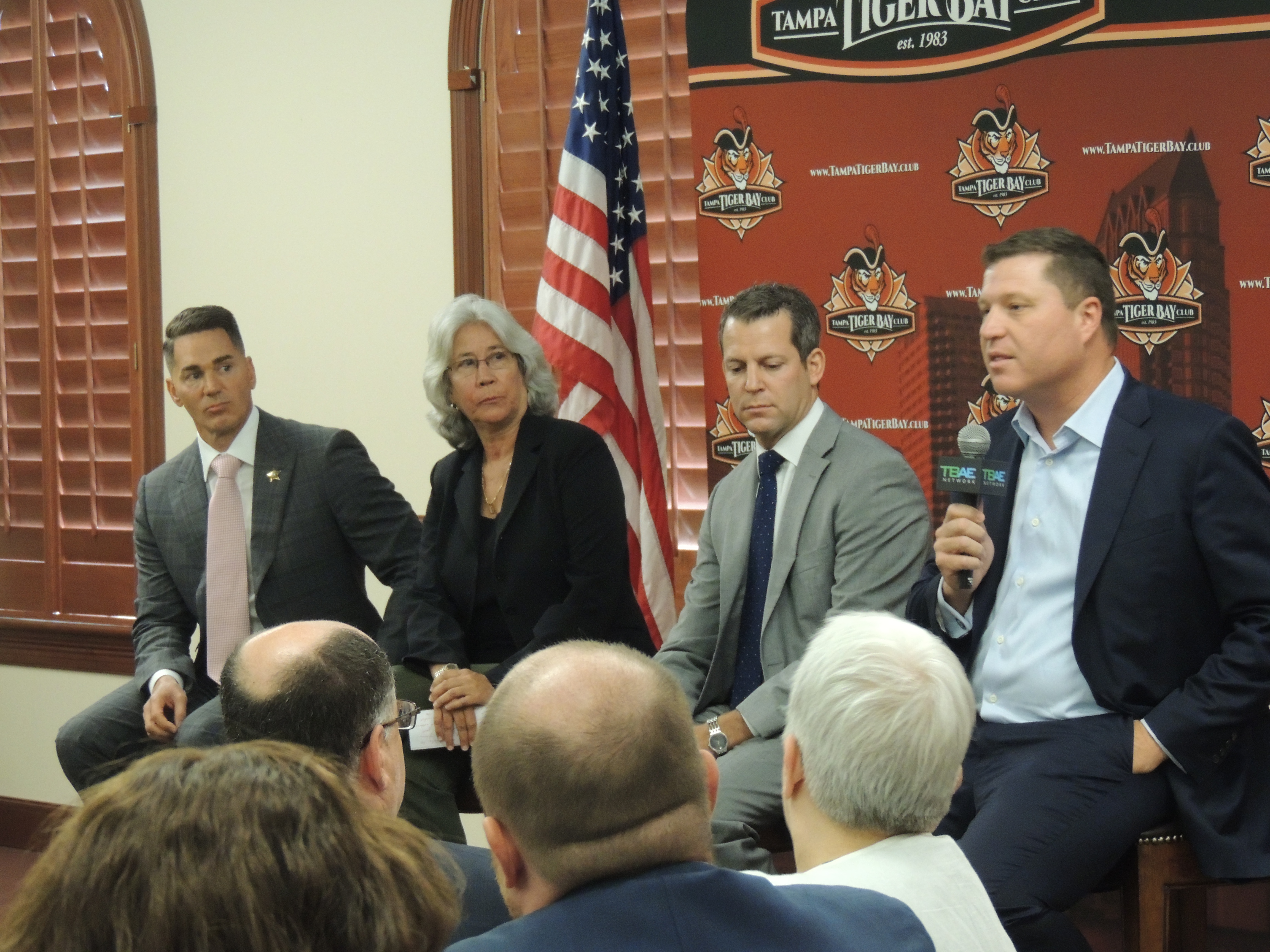 Several Tampa Bay area elected officials weighed in on criminal justice reform; they spoke about solutions to problems like disparate sentencing of convicted criminals and restoration of voting rights to felons who have served their sentences.

Here’s some of what they said.

“I’m willing to expend whatever efforts I need to expend. I’ve spent the last 27 years, as a matter fact, trying to address the inequities of the system. As you well know, the changes that happened with the death penalty, and how the death penalty is used. Those were the efforts of the public defender’s office where we finally were able to convince the legislature, because of what the Supreme did, that we needed to make a change.

“With juvenile direct files, I have been an advocate to reduce those numbers. And in fact, I don’t believe we should have juvenile direct files. I have continued to fight on that avenue. I have brought a program that’s called [inaudible], where we look at the disparity in sentencing, not only within our jurisdiction, but compared to the state, statewide.

“The reason we do that is because what happens in the Panhandle is very different than what happens here. I don’t see my job as just the public defender for Hillsborough County. I see it as an opportunity to advocate for the inequities that have been building for a long time.

“I grew up in a day where we didn’t have a criminal punishment code or a sentencing guideline. I believe we should give discretions back to court. And I look forward to the day where we decide that we can entrust advocacy and judges to make the right decisions without these strict guidelines that have disproportionate impact on minorities. And there’s no doubt about that.”

“All the things that I was talking about, an top, what we’ve been doing over the past two and a half years, have an effect on the community directly. And that’s what we’re spending our capital on. And the programs we’ve talked about, have a disproportionate effect on low-income Black and Brown communities because the criminal justice system has been overly punitive against low-income Black & Brown communities for a long time.

“So when we talk about the decriminalization of poverty and eliminating poverty traps, our office is making huge differences how we prosecute driver’s license, suspended license cases. That’s an impact. When we talk about direct files, like the public defender said, direct files in Hillsborough County, these are decisions that my office makes, down 51% in two years. Civil citation programs that we’re putting almost 2,000 people a year into, with our partners here, that’s adults and juveniles. Those have tangible impact on the community.

“But, to further the point that the public defender said, this isn’t just about creating change here and now in this community. This is about changing the system for the next generation. That’s why I ran for State Attorney, and that’s exactly what we’re doing.”

“Our State Attorney touched on most of what I would have said. The only thing that I’ll add is our efforts in the different communities, especially the inner-city, poverty-stricken communities, with our Boys & Girls Club partnership. And short as we are, 188 deputies short, we still have deputies in seven Boys & Girls Clubs. We helped to open up seven clubs. Over those six years, the graduation rates have gone from 42% to 98%.

“And along those same lines, just as important, 99% of the children who’ve completed the Boys & Girls Club programs never see the criminal justice system. So, it’s just staying focus on that, building stronger, smarter children have a stronger safer community.”

You can listen to the whole show here.

We played most of the Tampa Tiger Bay meeting. You can watch the forum below. Here is audio of the part we didn’t have time to play on the show: