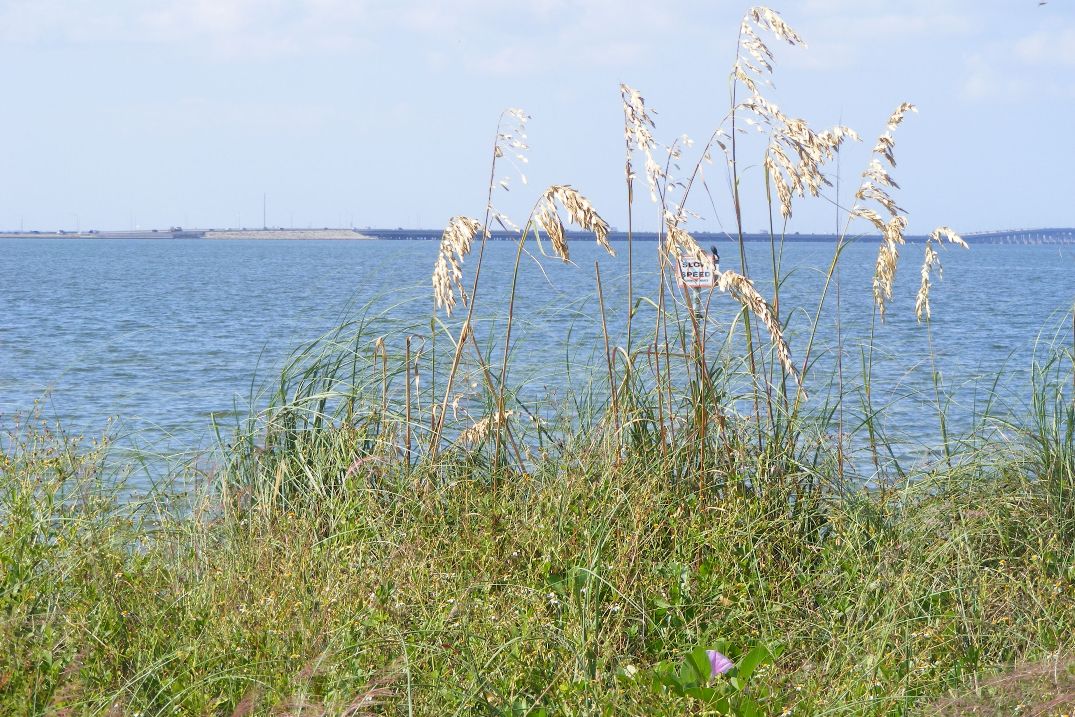 Old Tampa Bay; it’s the most northerly section of the Bay and furthest from the mouth – where the Sunshine Skyway Bridge is located – so that leads to the water there being the most stagnant. The executive director of the Tampa Bay Estuary Program told a St. Petersburg City Council committee this month that means there’s poor water quality, inconsistent seagrass recovery and summertime algae blooms by a genus called Pyrodinium, which is different from the red tide alga. But Ed Sherwood says there’s a way to improve the water quality in Old Tampa Bay – by constructing more pathways for water by breaching bridge causeways, thereby restoring water flow.

“These causeways are impeding circulation and could be contributing to the poor water quality conditions in Old Tampa Bay. And we’ve been working with the Florida Department of Transportation [DOT] since about 2015 to get them to think about breaching these causeways as they’re doing these bridge replacement projects.

“And what we’re trying to achieve is basically that picture of what the Bay looked like prior to a lot of these bridges being constructed. Recreating the circulation patterns of the tide coming in and going out and not being obstructed by these causeways. Part of the reason why that particular algal species blooms in this portion of Old Tampa Bay is because the tidal circulation pattern goes up and creates a gyre. And the water just sits there and provides nutrient sources to that particular algal species and that persists through the summertime, until we get flushing rains and the Bay turns over, so to speak.

“What we’re trying to get DOT to consider is reestablishing some of those circulation patterns through those causeway breaches.”

The St. Pete City Council’s Health, Energy, Resiliency & Sustainability Committee unanimously voted to recommend that the full council pass a resolution and write a letter to FDOT supporting that cuts for water flow be included in the Howard Frankland Bridge causeway.

WMNF News asked the director of transportation development for FDOT District 7, Richard Moss, if that would be possible when a new span of the Howard Frankland Bridge is constructed in the next few years.

Moss says FDOT started a water flow analysis last month and it will take about three months to complete.

He says the bridge replacement is expected to cost $750 million. If breaches are needed, it could cost more and that would be written into the request for proposal for the design and build of the project.

Moss says those stakeholders are part of a Nitrogen Consortium that includes cities, counties, utilities and private companies. Moss says once the new bridge span is completed, the current southbound span will become the northbound bridge. The new bridge will carry southbound traffic and be wider – four general purpose lanes; and two “managed lanes” in each direction. Those are toll lanes where the amount of toll changes depending on the demand from traffic (dynamic tolling).

The area where residents are fighting against filling in part of the bay at Rocky Point is also part of Old Tampa Bay.