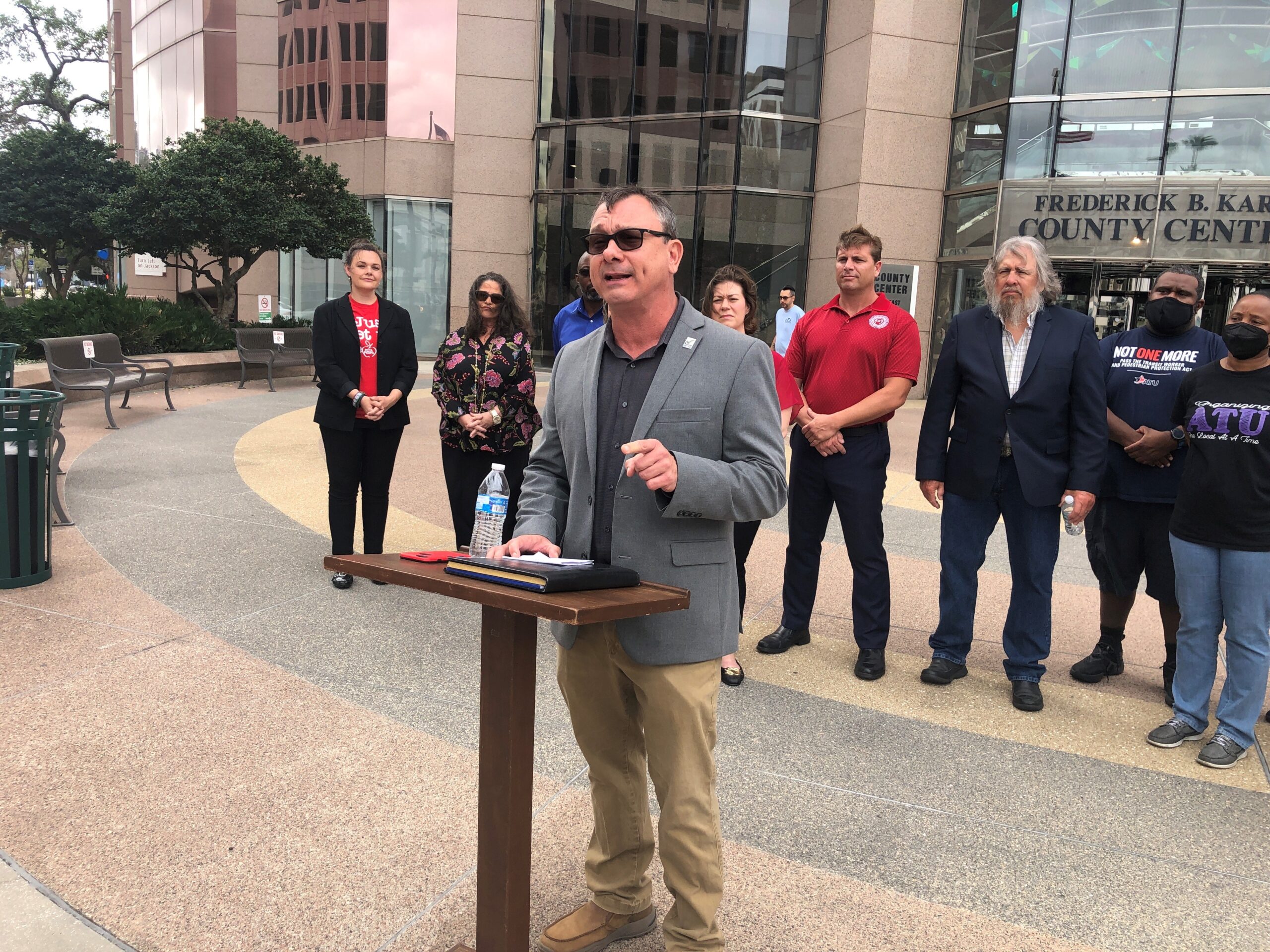 Local labor leaders with the West Central Florida Labor Council, AFL-CIO on Monday held a press conference outside of the Hillsborough County Center in Tampa to speak out against a bill that they worry could be fast-tracked through the GOP-heavy Florida Senate, with less than a week left in Florida’s 2022 legislative session. The bill, HB 1197, would create burdensome logistical barriers for most of Florida’s public sector unions. The bill would require those unions with a membership at less than 50% recertify annually — a cumbersome process that could come at a high resource cost for cash-strapped unions. It would also change how union dues are collected. Instead of having dues deducted from members’ regular paychecks, members would be required to make payments to the unions directly. Notably, the bill would not affect unions representing law enforcement officers, firefighters, and corrections staff.

Sponsored by Republican Representative Scott Plakon, the bill passed the Florida House 60-47 last week. And it’s is expected to be heard by the Senate Rules committee tomorrow. A similar Senate proposal, from Republican Dennis Baxley, had been sidelined for most of the 2022 legislation session, and presumed dead. Now, local unions are now concerned that lawmakers could force the legislation, similar to that proposed in other recent years, through the Senate before the end of session Friday.

At this morning’s press conference, Rob Kriete of the Hillsborough Classroom Teachers Association (HCTA) said lawmakers should keep their focus on lifting up workers, not legislation that would weaken Florida’s public sector unions. “Our public workers, our teachers, our support professionals, have been the heroes of this pandemic. We are calling on all lawmakers in Florida to give them the respect and the support that they deserve and not government harassment. They’ve been doing the hard work they’ve been meeting the needs of our students in our communities, and we ask them [lawmakers] to continue to respect their constitutional rights.” 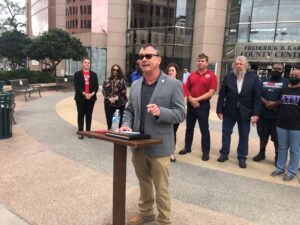 Less than 6% of Florida workers are union members, according to data from the U.S. Bureau of Labor Statistics. But many strong unions throughout Florida’s state history  — and nationally, with examples like the militant Chicago Teachers Union  — are in the public sector. Teachers’ unions. Higher education faculty unions. City worker unions, like the Amalgamated Transit Union (ATU) Local 1464, whose president Steve Simon today also spoke out against the union bill. “We’re constantly working, 24/7. We never shut down,” Simon told Creative Loafing. “And because of that, we’ve been deemed essential workers. I think that should definitely be recognized by lawmakers in Tallahassee, and not have any undue hardship placed upon these folks.”

Jim Junecko of the International Union of Operating Engineers Local 487, which represents heavy equipment and crane operators, said today, “Now is not the time to put any roadblocks in front of workers’ rights. We need to be respecting workers’ rights and lifting their voices.”

Against the ‘union-busting’ bill 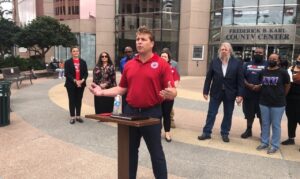 Jim Junecko, of the International Union of Operating Engineers Local 487, speaks at a press conference. March 7, 2022.

Cheryl Schroeder of the West Central Florida Labor Council, AFL-CIO said today at least 50 workers are already up in Tallahassee to speak out against the legislation. And many more, she said, will be going up tonight. Dozens, potentially hundreds more union members and allies could travel to Tallahassee in the coming days to urge lawmakers to oppose the legislation. “We are asking our senators, Senator Wilton Simpson, Senator Danny Burgess, Senator Janet Cruz, Senator Kelly Sturgel, Senator Jim Boyd, Senator Joe Gruters, Senator Jeff Brandes, Senator Ed Hooper, and Senator Darryl Rouson to help us protect workers’ rights,” said Schroeder.