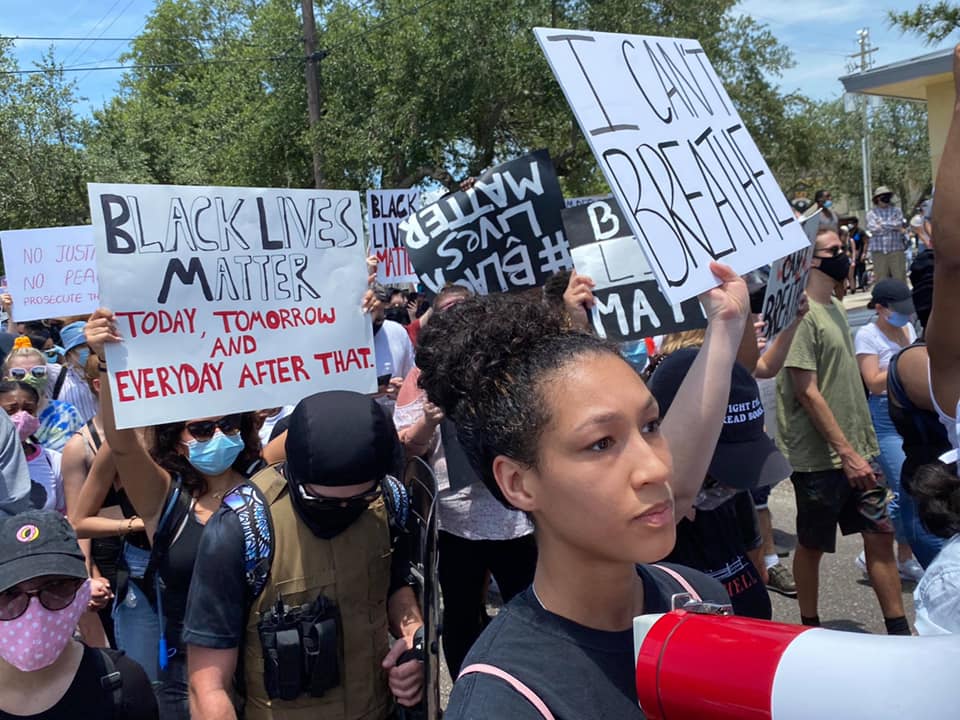 Dozens of protesters have been arrested this week during and after demonstrations in the Tampa Bay area and a student-led activist group is raising funds to bail them out.

As of noon Wednesday, the GoFundMe had raised more than $40,000. 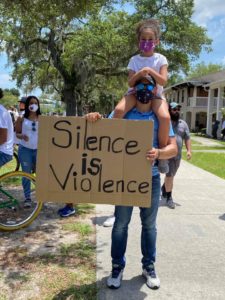 Black Lives Matter march in Tampa, 31 May 2020. By Blannie Whelan/WMNF.

“We as SDS have started organizing a community support fund to help bail out people who have been arrested over the last couple days at the protests. So people who have been arrested with such charges as violating curfew, loitering charges, resisting arrest without violence, charges like that. Because we do see police officers are making the conditions at these protests violent.

We do see cops are instigating the issues and using gas as a way to jail mass amounts of people at a time. We’re trying to pull those people out. Especially at a time like know where we know the coronavirus is still active. We know that jails are breeding grounds for that because of the compact way in which prisoners are packed.”

Do you have an idea of about how many people have been arrested since the protests started?

“We know that on the protest that happened on Saturday the 30th, about 40 people have been arrested just that night. So overall maybe about 50 to 60.”

This sounds like an expensive proposition for your group. How much does it cost to get someone out on bail? How much have you raised so far? And how are you raising that money?

“As of [Tuesday] we’ve raised over $20,000 via gofundme, which has been really helpful in getting these folks out. The average price to bail someone out is about $700 per person because of how many charges each protester is being charged with in addition to knowing how the bail system works here in Florida.”

A critic of what you are doing might say something like ‘If these people broke the law then they should be in jail and they shouldn’t be out there and being a threat to society. 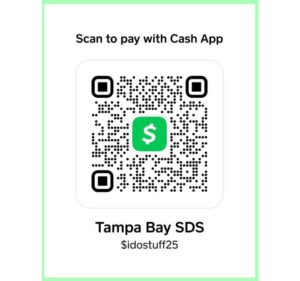 “It’s also really important to note and remember the conditions that are happening out in the streets right now. People are angry. People are upset.

“The Black community is at a point where we are consistently seeing the violence done to the community. So people are justifiably mad about it.

“Because when it comes right down to it, police officers support each other before they support the greater community. And we do see these just nonsense charges being brought up because these people are actively stepping against what cops want.

“Just nonsense charges, like the excessive loitering charges that people are getting charged. We have the Tampa government arresting everybody in regards to breaking curfew,  despite not giving protesters ample time to leave when it was initially enforced.”

Is there anything else that you’d like the Tampa Bay area to know about your project for bailing out people or about the protests that are happening.

“The biggest thing we as Tampa Bay SDS are fighting for right now is community control of the police. Because across the nation we do see far too many people being killed by police officers and not enough of these officers being held accountable for their actions.

“There’s been Black people dying in every city. There are hashtags popping up everywhere: Tallahassee, Jacksonville, Brunswick, Minneapolis, Detroit. And it’s important that we as a community start to stand up and fight against the system and hold these killer cops accountable.”

SDS organized a peaceful demonstration Saturday in Temple Terrace and is planning another one for Centennial Park in Ybor City on Friday at 5:00 p.m.