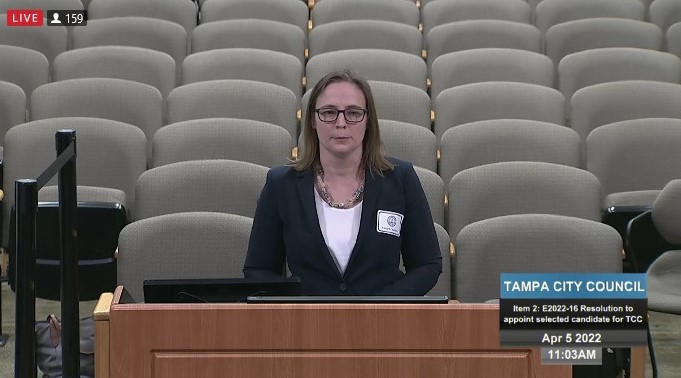 Creative Loafing reports, Hurtak was selected along a 4 to 2 vote by City Council Tuesday morning. Hurtak has for years been an active member of the local community, serving in various roles within the Tampa city government and neighborhood associations, as she described during a special meeting to select the new council member.

Hurtak is a technical editor, consultant, as well as a member of the League of Women Voters.

Following Tuesday’s vote, council chair Guido Maniscalco said Hurtak was clearly the most qualified candidate for the appointment and had support from the community.

Hurtak was one of 23 candidates considered for the appointment, alongside community activists, former elected officials, and business owners vying for the seat.

Hurtak will be sworn in to represent the at-large District 3 seat on Thursday.