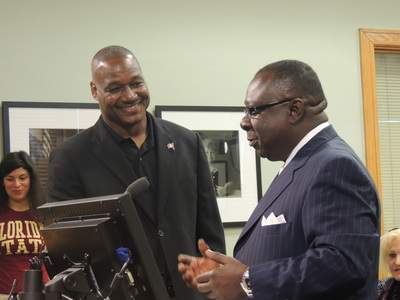 Tampa is considering an ordinance to deal with the clusters of sex offenders in several neighborhoods of the city. At a City Council meeting Thursday police said about 850 sex predators live in Tampa.

Kelly Grimsdale, president of the VM Ybor Neigborhood Association, says there are 75 predatory offenders living within a quarter mile of her house.

Council chair Frank Reddick says that despite a Hillsborough County ordinance limiting the clustering of predators, the issue continues.

Tampa’s lawyers say they have talked with the county and didn’t get the sense that Hillsborough is confident its ordinance would stand up to legal scrutiny. So the city council voted unanimously to have legal staff work with the police to draw up a new ordinance do deal with clustering of sex predators that will be discussed on February 18.