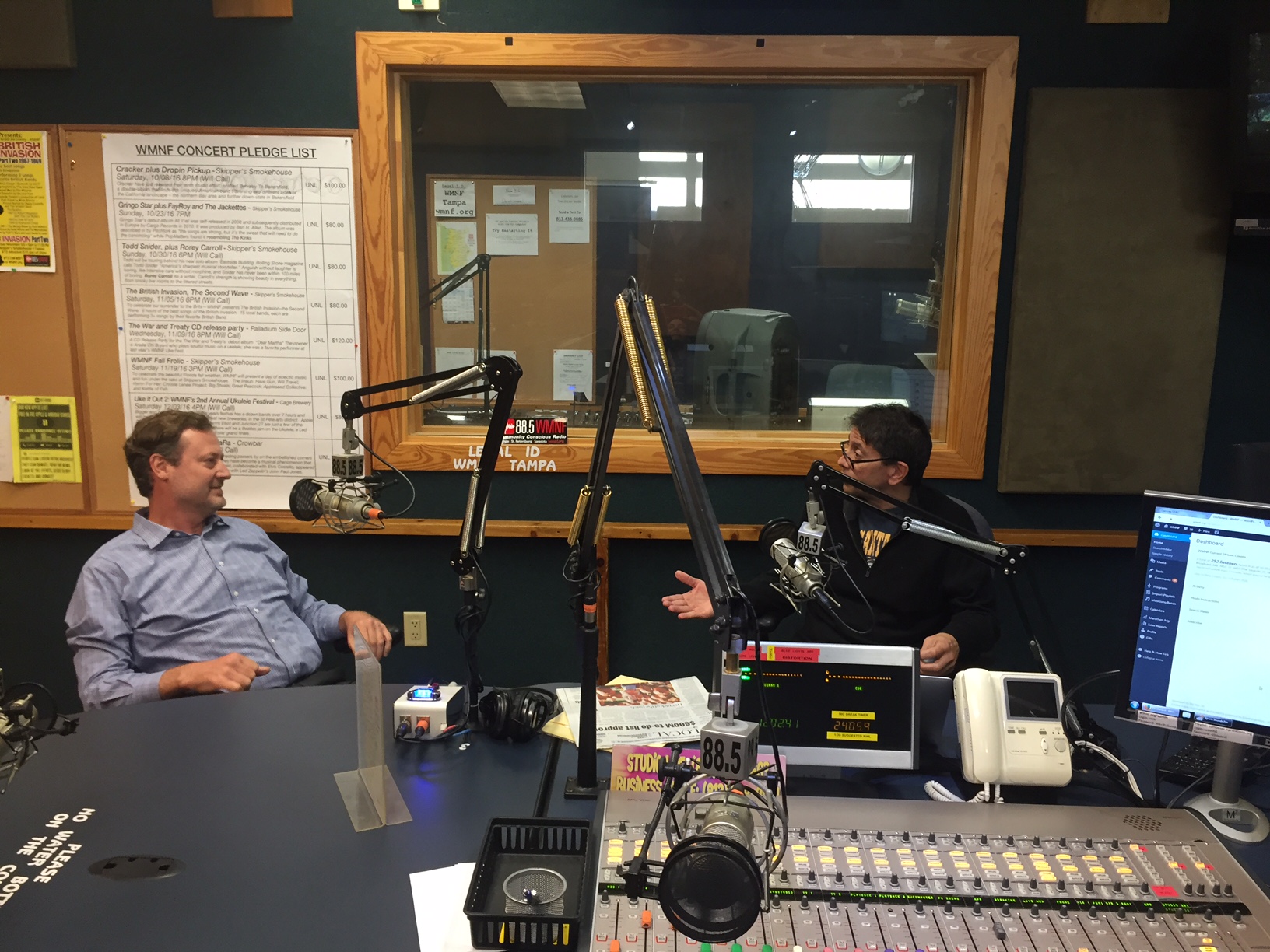 “Yes, we are going to take that out. But I want to caution the public that water is going to be the number one issue moving into the future. And the last thing we can afford to do is waste 60 million gallon of water a day. And so we should start with that base and then moved from there, what to do with that water.

“It’s going to be a commodity that is necessary, moving into the future. And, we can’t wait until the faucets run dry in order to start looking for these alternative sources.”

On Thursday evening Tampa City Council will hold a public hearing to consider utility bill increases to pay for about $3 billion in repairs to sewer pipes and other water infrastructure.

But there’s been push back from some city council members about how few residents will be eligible for a low-income assistance program and about the inclusion of a plan to inject highly-treated wastewater into the drinking water aquifer.

WMNF talked with one of them, Bill Carlson, the Tampa City Council member representing District 4.

“So, the pipes throughout the city are mostly decades-old, with some of them, I think, approaching a hundred years old. And, the city has experienced, over the last few years, collapses in pipes that have led to flooding, and road closures, and other kinds of problems. The cost of repair of the pipes has been increasing exponentially over the last few years as a pipes get older and older. So, the City Administration has proposed a water – wastewater rate increase to pay for, eventually replacing most, if not all, the pipes within the city.”

SK: And that could cost more than $3 billion. And, there are concerns that some low-income residents won’t be able to afford it, and that there’s not enough help being done. What more could be done?

“So, the City Council last week — I proposed — the City Council, I think, unanimously agreed, to request that the administration increase the minimum salary for subsidies. So right now, if I remember correctly, it’s one third of median income, which is about $12,500, plus or minus. So, it’s a very low threshold which wouldn’t allow for subsidies for many people. So, we’ve asked them to look at it. The City Administration was at the public meetings and they heard directly from the community. So, I know they were already looking at this as well. We’ll find out tomorrow night what their proposal is. I don’t know what it will be yet.”

SK: Also, about a tenth of the cost of this plan, roughly three hundred million dollars, would be to take highly treated wastewater and inject it into the drinking water aquifer. That’s a plan that you oppose. Is it possible that that could come out of this whole package?

“Well, last week I proposed, and City Council approved, decided to remove that three hundred million dollars from the package. And, so that would mean about a 10% decrease. You’d have to ask the water department the exact numbers. But I think roughly, in ten years, the average person will end up paying about another $40 a month. And so, by taking the toilet to tap project out, it would reduce that amount by 4 or 5 dollars. So, in looking at that, and looking at the minimum salary, we hope to find a way to alleviate the burden on the people who really, really can’t afford it in our community.

“But the ‘toilet-to-tap’ program, I’m happy to talk about it as much as you want. There’s lots of problems with that. It needs a lot more science and investigations. And, right now, the timing of it is bad.”

Tampa City Council will hold a public hearing on the infrastructure improvements and utility rate increase at 6:00 p.m. Thursday in Old City Hall.