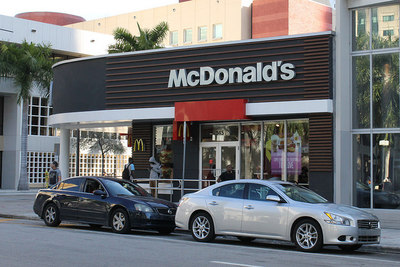 We kick-off this morning’s Radioactivity with an interview with Bleu Rainer, a Tampa McDonald’s cook that will travel to the company’s headquarters in Illinois to call for an increase in wages for its employees. Rainer wants a living raise and right to unionize for the restaurants employees, saying that the minimum wage that many of them receive keeps them trapped in poverty. He is one of a dozen local workers that will be protesting the Mcdonald’s annual shareholder’s meeting next week.

Then we hear the voices of the over 800,000 Floridians who don’t make enough to qualify Affordable Care Act subsidies, but make too much to qualify for medicaid. The issue is at the core of the political deadlock that will push the state legislature into a special budget session starting in June. We listen to an excerpt of the documentary ‘The Gap’, filmed by Jordana Goldmann and produced by Dr. Christopher Cogle, M.D., that tells the stories of several people who fall into the health coverage gap.